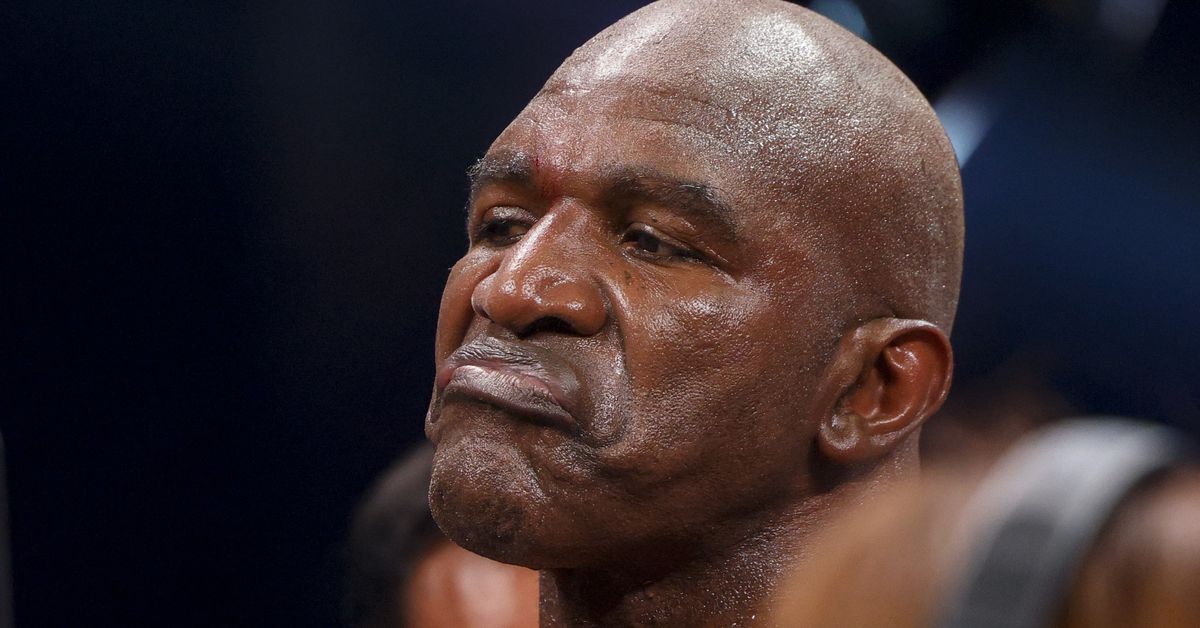 Evander Holyfield will have to take some time off before committing to any sort of combat sports future.

Holyfield (44-10-2-1) suffered a quick first-round technical knockout (TKO) loss to Vitor Belfort (watch highlights) in an exhibition boxing match inside Seminole Hard Rock Hotel & Casino in Hollywood, Fla on Sat., Sept. 11 airing on Triller pay-per-view (PPV). The fight was waved off just 1:49 into the fight. Holyfield had already been knocked down once and referee Sam Burgos quickly stopped the fight following a subsequent burst of punches by Belfort.

The Florida State Boxing Commission has handed Holyfield, the only boxer of the three belt era to win the undisputed championship in two weight classes, a 30-day medical suspension, according to MMA Fighting. The athletic commission previously said Holyfield, 58, passed all medicals for fighters over the age of 40.

The combat sports community was concerned for Holyfield’s chances against Belfort after watching open workout footage (watch a side-by-side comparison above). Holyfield last competed professionally on May 7, 2011, earning a TKO over Brian Nielsen.

In the aftermath of the Triller PPV, Belfort angled for a boxing match with Internet sensations Jake Paul and Logan Paul.

Finished reading this story? The party doesn’t have to stop. Click here to get more of the latest MMA news.