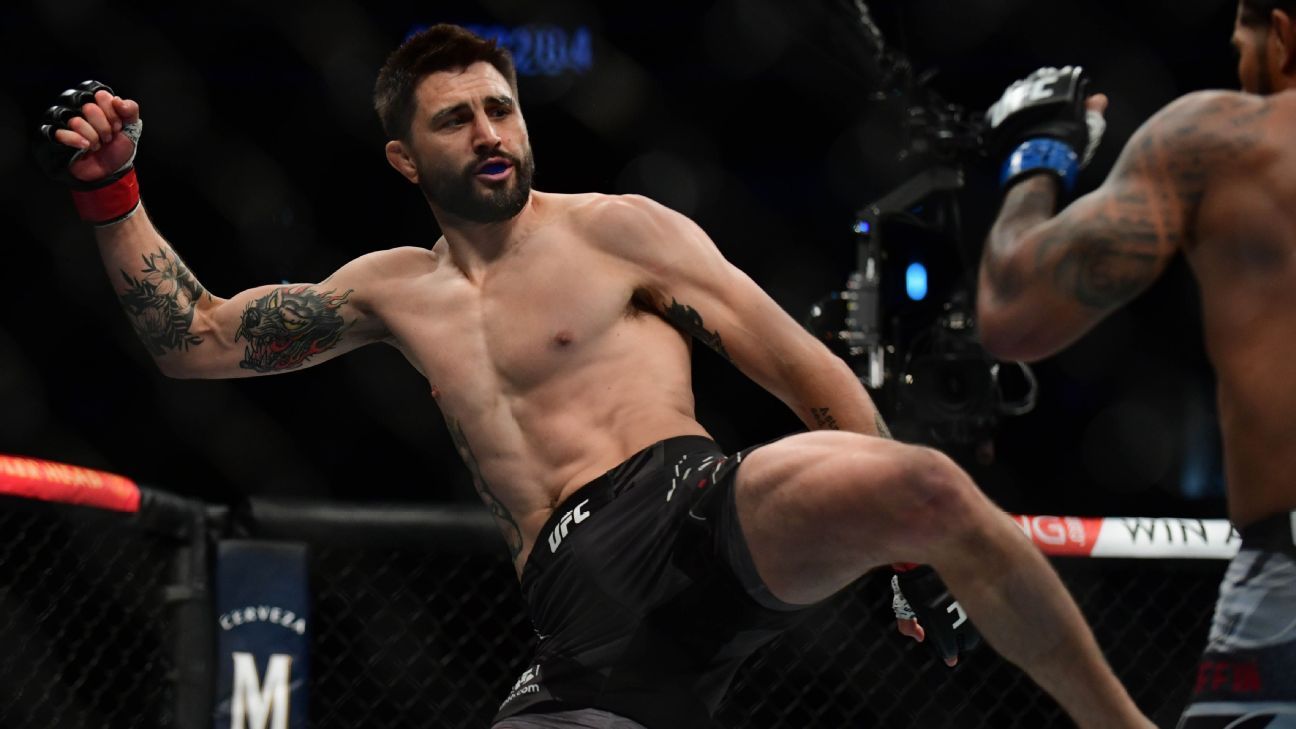 Carlos Condit, one of the best MMA welterweights of the aughts and beyond, has retired from the UFC, his longtime manager, Malki Kawa of First Round Management, confirmed Thursday with ESPN.

Nicknamed “The Natural Born Killer,” Condit was a former UFC interim welterweight champion and had been with the promotion for 12 years. He was in his 19th year overall as a pro MMA fighter.

In his last fight, Condit dropped a unanimous decision to Max Griffin at UFC 264 on July 10, snapping a two-fight winning streak.

Condit, a product of JacksonWink MMA since he was 15 years old, is also a former WEC welterweight champion. From 2006 to 2012, the Albuquerque, New Mexico, native went 13-1, one of the best stretches in the history of MMA’s 170-pound division. Condit owns victories over the likes of Diaz, former Bellator champion Rory MacDonald, Frank Trigg, Dan Hardy and Thiago Alves.

In January 2016, Condit lost a razor-thin split decision to Robbie Lawler in a welterweight title fight at UFC 195. The bout was perhaps the best of that year in MMA, and many felt Condit was the rightful winner and should have been crowned champion.

After that, Condit lost four straight, seemingly signifying the end of the line. But he came back and beat Court McGee last October and Matt Brown in January to earn his first winning streak since 2012.