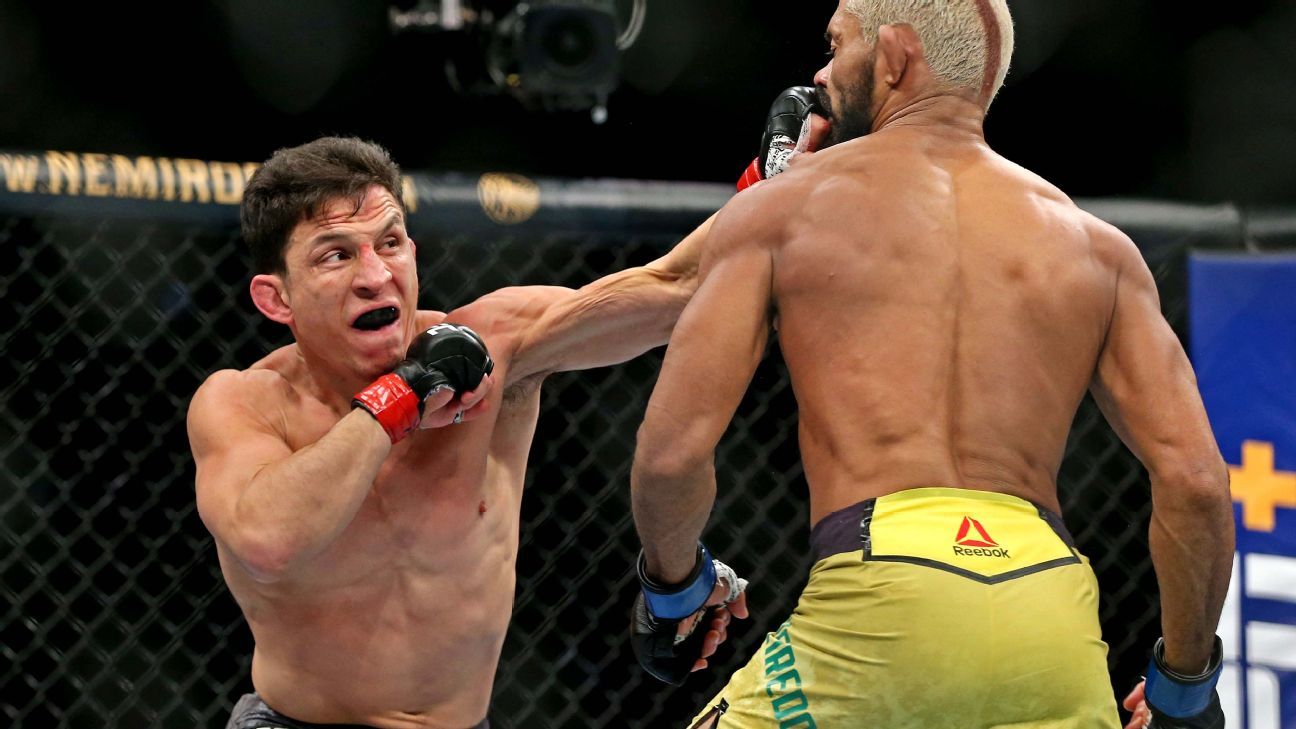 Joseph Benavidez, one of the most influential lighter-weight fighters in MMA history, is hanging up the gloves.

Benavidez told ESPN on Wednesday that he is retiring from the UFC after 10 years with the promotion and 15 years as a pro overall. News of Benavidez no longer being on the UFC roster surfaced Wednesday on social media and his retirement is the reason, he said. Benavidez will finish with a 15-6 UFC record.

After a loss to Askar Askarov in March, Benavidez said he knew he wouldn’t fight any longer. But he made it official only this week. Benavidez said Tuesday he informed UFC matchmaker Mick Maynard of his retirement and that he would be removing himself from the UFC’s USADA-run drug-testing pool.

“I kind of knew I wasn’t gonna fight, but I was just kind of letting it linger,” Benavidez said. “You never know. But it’s just come to that point.”

Benavidez, 37, said his decision hinged on the fact that he didn’t want MMA to feel like a job and not be fun any longer. For the first time in more than a decade, Benavidez was out of the immediate title picture. And he said that everyone he’d end up fighting in the future would all young contenders.

“These guys are killers,” Benavidez said. “They’re all the guys I’m gonna fight next. All these killers coming in that would be my next fight are coming up to me and saying, ‘Dude, I have to take a picture with you. I used to come home from school and watch the WEC with my dad.’

“That all feels really great to hear. But it’s not fun for me to fight a guy who tells me that. I don’t want to beat them up or for them to beat me up, either.”

In the late aughts, Benavidez was one of the top stars of World Extreme Cagefighting (WEC), which was then the home of the best fighters in the world under 155 pounds. Zuffa, the UFC parent company, bought WEC in 2006 and merged it with the UFC roster in 2010. The presence of names in WEC such as Benavidez, Jose Aldo, Urijah Faber and Dominick Cruz helped open up the door for more opportunities for lighter-weight athletes in MMA.

UFC president Dana White credited Benavidez as being “a pillar of the lighter-weight divisions for years.”

“Since joining WEC in 2008 and then UFC in 2011, he’s used his unstoppable pace and nasty guillotine to remain at the top of two divisions for 13 years,” White told ESPN. “His epic battles with Cruz, [Demetrious] Johnson and [Henry] Cejudo will never be forgotten. He was a constant professional and carried himself in a way that demanded respect from his peers.”

At the thought of being called a pioneer in the sport, Benavidez became emotional.

“I don’t think it’s anything I expected to do or be,” he said. “I don’t know. I can’t even really explain how, I guess, I can be really considered that. You’re not doing it to be that. You’re doing it because you love it. It’s a weird thing. It’s one of those things where something happens and it’s really good, but you can’t even imagine it being that good.”

Benavidez, at the time, was considered one of the best 135-pound fighters in the world. When the UFC started a flyweight division (125 pounds) in 2012, Benavidez was part of the tournament to crown an inaugural champion, losing to Demetrious Johnson in the final. But Benavidez remained a stalwart in that division for nearly a decade. He challenged Johnson for the title again in 2013 and then fought twice more for the belt in 2020.

Benavidez (28-8) will retire on a three-fight losing streak, including those two title losses to Deiveson Figueiredo. Before that final stretch, he had reeled off 12 wins in 14 fights to remain one of the top flyweights in the world, one of the most excellent and consistent runs for any fighter in UFC history who never won a title.

“For 10 years, I’ve been in title contention,” Benavidez said. “Two different weight classes. It was kind of weird, because I would always think to myself, ‘Is it weird for other people to fight and know they’ll never win the title? Or are they just doing it for the job?’

“I never felt like it was a job to me. I didn’t want it to become like that, either. I always just fought to be the best. After my last title fight, I felt I’ll probably never go for a title again. Then it’s like, what am I really doing it for?”