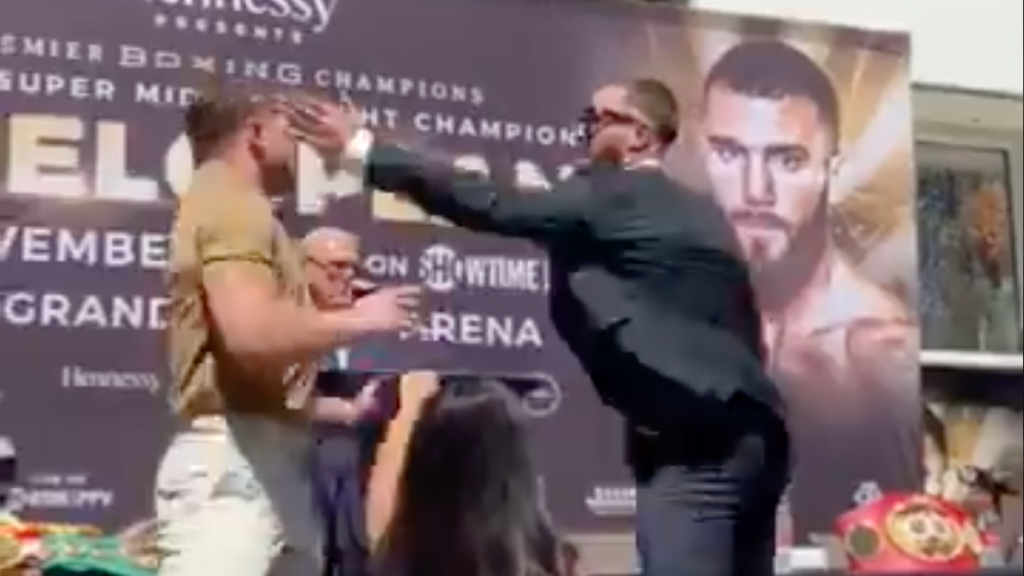 Well, pre-fight brawls are certainly not exclusive to MMA.

Canelo Alvarez and Caleb Plant got into a serious exchange at a pre-fight press conference at the The Beverly Hilton in Los Angeles, Calif. on Tuesday afternoon.

The two got heated during their faceoff right before the presser. Plant seemed to get under the skin of Canelo with a few words, which got Canelo to shove Plant across the stage. The push got Plant to take a quick swing at Canelo and that sparked the quick back-and-forth.

Heated face off here before the #CaneloPlant press conference 🤯😳

Plant suffered a big cut under his right eye in consequence of the exchange. He was bleeding noticeably. It’s unsure if the cut will have an impact on the fight.

The two were separated and the press conference continued.

As of today, Canelo and Plant are set to meet on Nov. 6 on Showtime pay-per-view at the MGM Grand Garden Arena in Las Vegas, Nev. Canelo, who holds the WBA, WBC, WBO super middleweight titles, attempts to become the undisputed champion by winning Plant’s IBF belt. 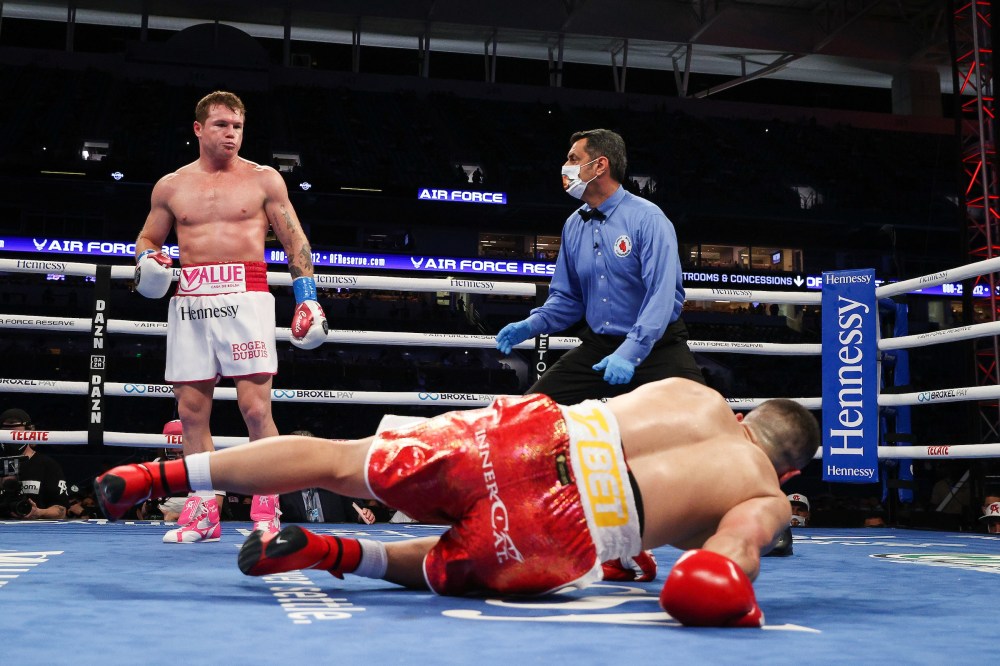 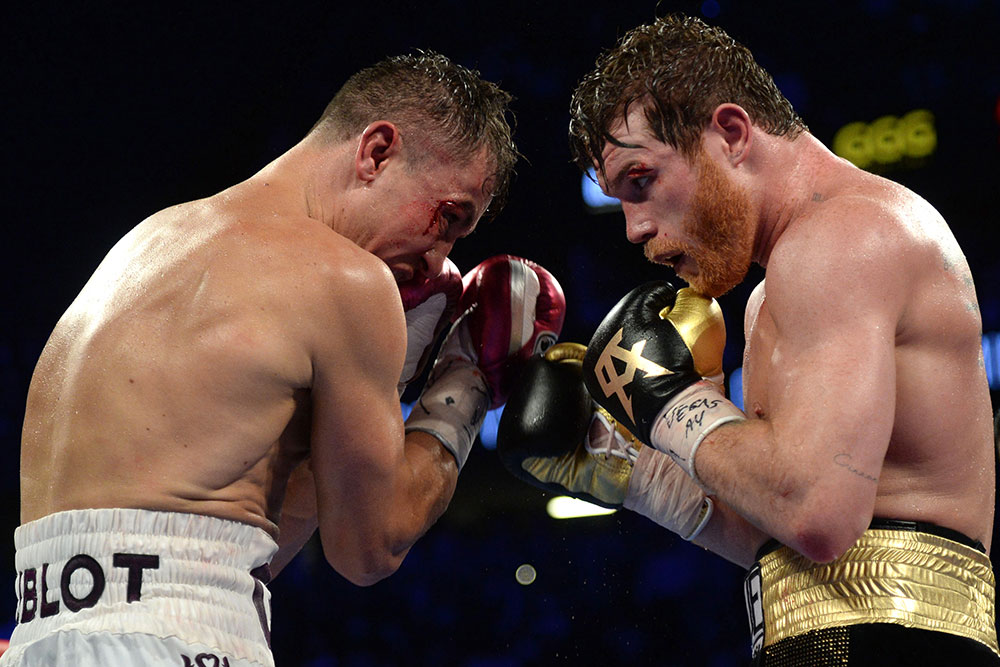