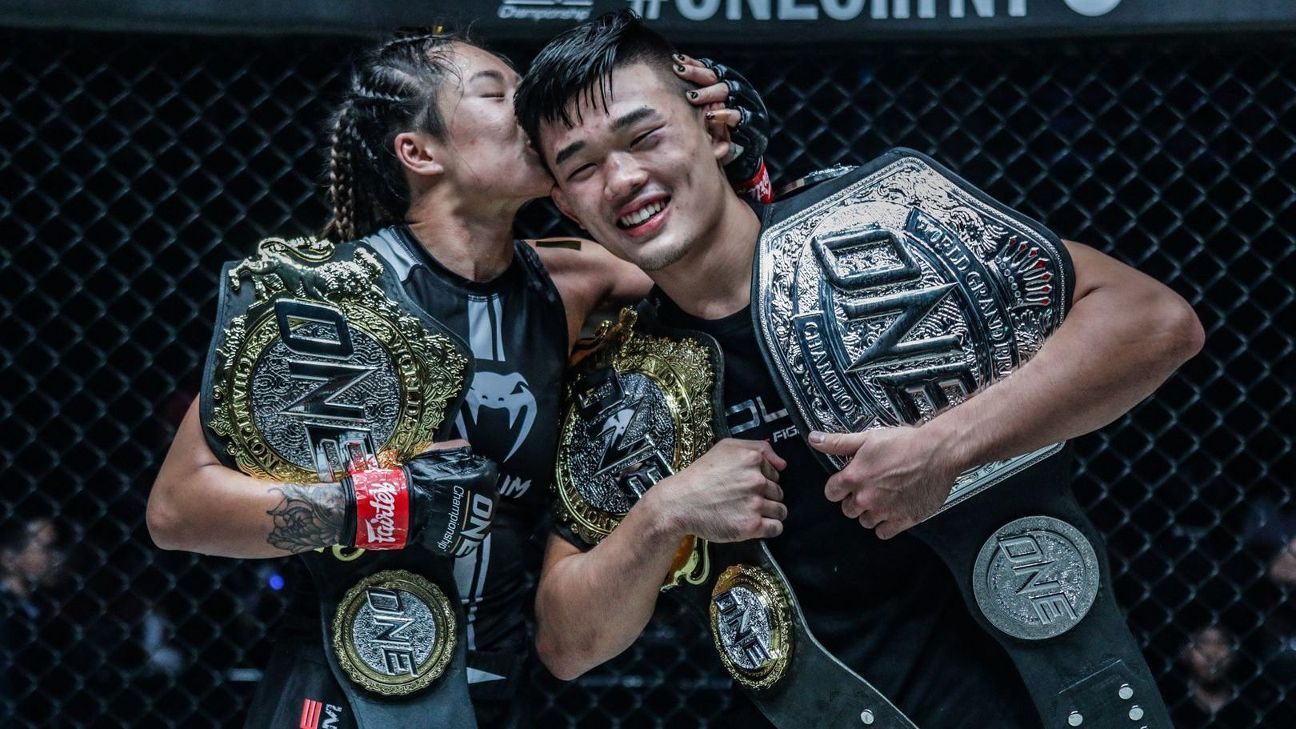 With a pair of world champions, a teenager victorious in her first two fights, and a fourth potentially on his way, the Lee siblings are firmly on course for ONE Championship domination.

Two of them will return to the cage in Friday’s ONE: REVOLUTION at the Singapore Indoor Stadium, with Christian Lee defending his lightweight title against Ok Rae Yoon in the main event, while younger sister Victoria Lee looks to enhance her growing reputation against Victoria Souza.

With eldest sibling Angela Lee — the current ONE atomweight champion — preparing to return following the birth of her first child, and youngest sibling Adrian Lee a newly-crowned national champion in the United States last month, it is easy to see why there is excitement over what the quartet could achieve as a family.

But while he admits he is enjoying sharing the experience with his two sisters for now, Christian insists there is no pressure to live up to what each other are achieving.

“I think it’s great that my two sisters and I are able to make a living out of something we love to do,” he told ESPN. “We’re really just working hard doing what we love to do and, in turn, our hard work and passion towards our craft is what’s making a name of ourselves individually, and as a whole family.

“… I have no doubt that Victoria will take her career even further than Angela and myself. I never want to compare myself with her, and I don’t want Victoria to compare herself with me. It’s just all of us sharing the last name, part of the same family, on our own journeys to similar success.”

While Angela and Christian have been by each other’s sides throughout their careers, Victoria had to use long-distance calls for advice from her older siblings when she made her professional debut earlier this year at just 16 — with the COVID-19 pandemic restricting travel and limiting entourage sizes.

Now 17, and with two victories by submission under her belt, Victoria is excited at the prospect of having Christian around as they fight on the same card this Friday.

“I think it’s going to be awesome just to get to go on a plane with my brother, having training sessions with him in Singapore — just following him and seeing what he does on a fight week,” she said.

“I’ve changed a lot since my first fight. I’ve gotten a lot stronger not just physically but also mentally, and I feel like I can handle and deal with the pressure.

“Going into this next fight, I’m just excited and I don’t even feel the nerves.”

Like Angela, Christian recently became a parent when his daughter was born in May. He admits his perspective has changed with parenthood.

“Since becoming a father, it’s changed my life in every way,” Christian said. “Having my daughter in this world with my wife and I is going to be added motivation going into this bout.

“Before, I was fighting for myself towards my personal goals. Now, I’m fighting for my daughter and her future, so it’s much bigger than just myself.”

So with two highly-motivated Lee siblings in action on Friday and one soon on her way back, just how far away is the fourth potentially?

“My baby brother is such a killer,” Victoria raved of Adrian. “He just won his Nationals — two-time national champion now, as well as a five-time world champion. I think he has the most junior credentials out of all of us.

“He trains with my older brother — that’s the lightweight world champion. He’s so good for his age and he’s only going to get better.”