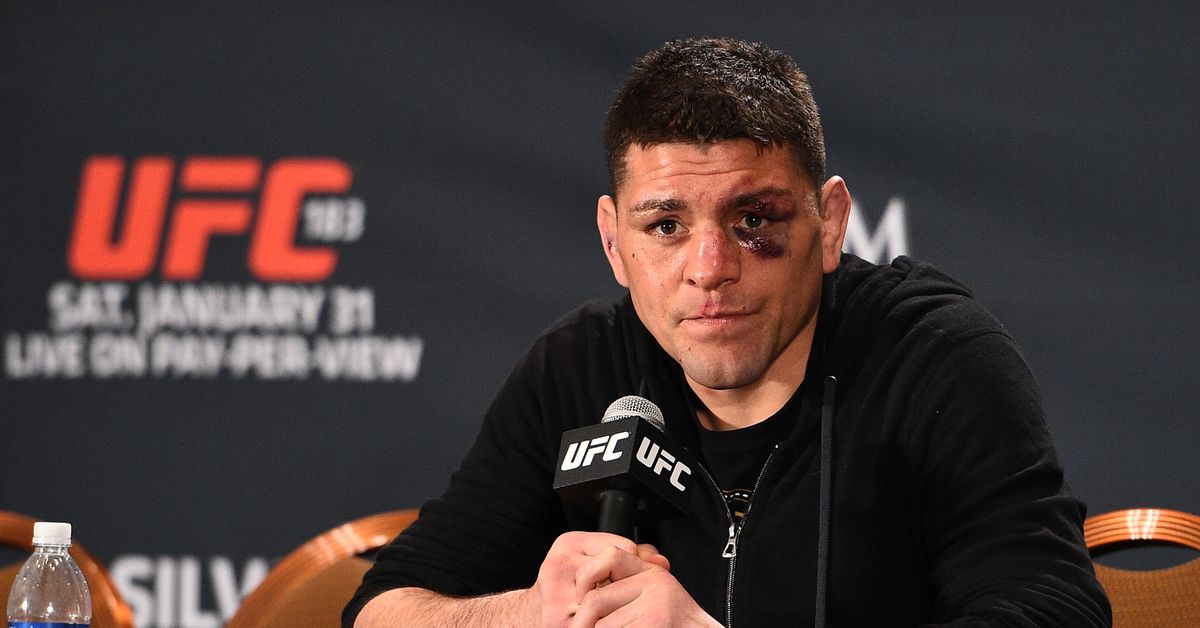 UFC sells the UFC product more than the specific fighters. Most weekends, the UFC Apex hosts a fairly random assortment of talent, and fans tune in because the promotion largely lives up to its promise of providing a fun night of combat sports each and every time. The storylines and consequences are consistent, and the faces often revolving. It’s the sport and product we love, but even the most diehard supports would have a hard time arguing that the current system is formulaic.

Not this fight! This fight is magic! It’s awesome! It doesn’t mean a f—ing thing to the Welterweight title picture, and we’re all better off for it. At a combined nearly 80 years of age, Nick Diaz vs. Robbie Lawler 2 is the best fight on the whole pay-per-view (PPV) card because Diaz and Lawler are absolute heroes deserving of our complete attention, respect, and admiration.

Keys to Victory: Like his brother Nathan, Diaz thrived throughout his career on the strength of his boxing, jiu-jitsu, conditioning, and toughness. Between the two, Nick Diaz was always the more rugged boxer, the one who really excelled when able to drive his foe into the cage and deliver hard body shots from the dirty boxing range.

Look, I cannot pretend to know what Nick Diaz will look like after over six years on the bench. He physically appears to have put in the work, but until the cage locks and clock starts, the chances are split that Diaz looks rusty and old vs. rejuvenated from his rest.

Assuming he is indeed in fighting shape, closing distance on Lawler is the best bet. Diaz does not want to absorb full power “Ruthless” left kicks to the leg, and Lawler doesn’t have the footwork style to avoid him. If Diaz marches forward and trades in the pocket/clinch, Lawler is very likely to oblige him.

These two share the same wheelhouse in those close distance scraps, so at that point, may the better man win.

Keys to Victory: Lawler is a patron saint of violence. “Ruthless” has won a vast majority of his fights via knockout, evolving from a wild brawler to refined slugger over the course of his long fight career.

As of late, pulling the trigger has been Lawler’s great issue. Against opponents willing to force the issue with volume and get in his face, Lawler looks for that perfect opportunity … and sometimes just never stops looking. It’s a problem that affects a fair amount of older veterans, even if it’s kind of a wild concept to consider Lawler of all people hesitant to throw down.

Nick Diaz is going to force the issue — it’s all he knows! If Lawler falls into a defensive shell, he’s likely to end up with his back to the fence, eating body shots for the majority of the contest.

That’s no fun at all. To win here, Lawler would be best advised to take the initiative and fire hard shots right away. Better yet, answer Diaz’s attrition attack with body shots and low kicks of his own, which will go a long way in calming Diaz’s generally relentless pressure.

Again, this fight rules precisely because it does not matter in the grand scheme of the division.

For the individuals, the fight matters. This is Diaz’s big return to action, and a win will definitely have fans salivating for further action. I desperately hope UFC will continue to match him up smartly — vs. Matt Brown rather than Khamzat Chimaev, for example — but either way, more opportunities remain open in victory.

As for Lawler, it very much sounds like he’s about ready to hang up the gloves. Most every fighter would like to ride off into the sunset following a high-profile victory, and perhaps a win here could be that moment.

At UFC 266, Nick Diaz and Robbie Lawler will rematch. Which man will earn the victory?