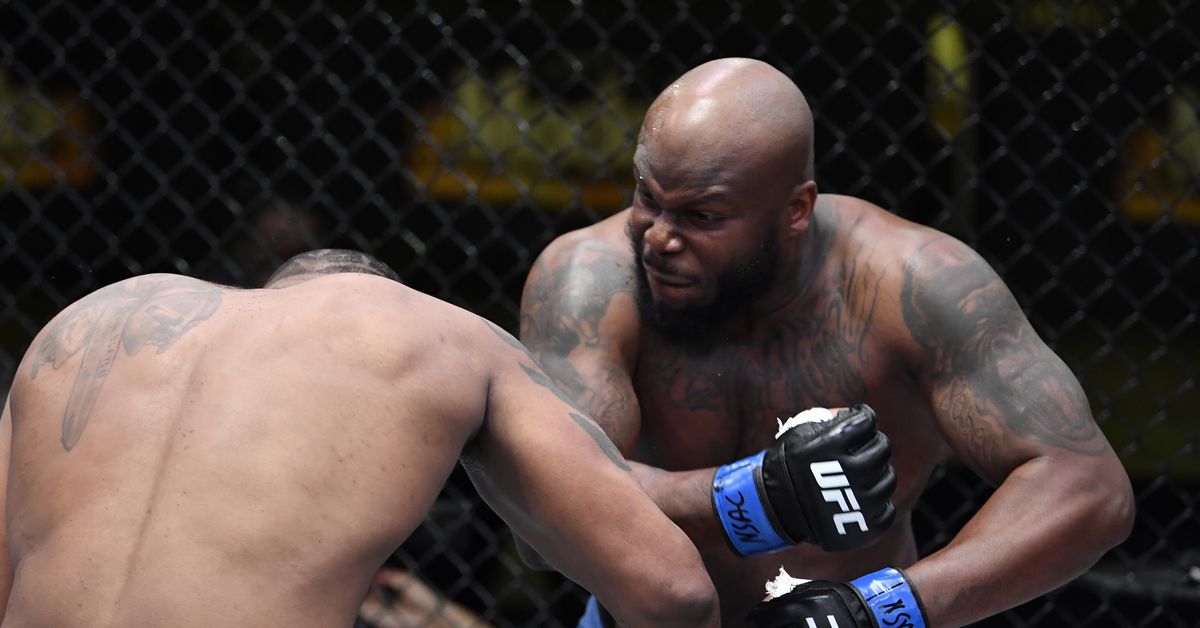 Chris Daukaus has a number 10 ranking and an undefeated Ultimate Fighting Championship (UFC) run to his credit, but he can’t magically conjure Derrick Lewis’ power.

Daukaus (11-3) fights Shamil Abdurakhimov at UFC 266, taking place inside the T-Mobile Arena in Las Vegas, Nevada on Sat., Sept. 25 via ESPN+ pay-per-view (PPV). Daukaus has the belief that Lewis has more punching power than UFC Heavyweight champion Francis Ngannou, but he can’t break down the science.

“No idea, no idea. That’s the scary thing. It’s weird. As an athlete, as a mixed martial artist, as a fighter, you don’t want to believe that some people are just gifted with those things,” Daukaus tells MMAMania.com. “You want to be able to just focus on that and work on it. But there is something about his power — whether it’s the way his bones are structured or how his muscles are laid out — it doesn’t matter where he touches you. If it’s in the first 10 seconds or last 10 seconds of the fight, that guy will switch you off.”

Daukaus’ younger brother, Kyle Daukaus, was recently matched up against Kevin Holland. Multiple outlets incorrectly reported that Chris, a heavyweight, had a match-up with “Trailblazer”. The bigger brother — both in age and weight class — reflects on the timea reporter spent five minutes interviewing Chris before he realizing he had the wrong Daukaus.

“It did for a local paper. The guy thought he was talking to my brother but it was me. That’s the only thing that has ever really happened,” Daukaus laughs. “It was probably five minutes and then he goes, ‘Wait, you’re not Kyle?’ I’m like, ‘No, man. I’m Chris. I fight for the UFC if that makes a difference.’ Because they wanted to do a story, it was at a local show.”

For the Daukauses, the family name is an important tool in their line of work.

“It’s about building your brand. If one of us wins, we’re both winning,” he shares. “It’s really good for our name as a brand for us going forward in the UFC. He does well, I do well.”

Remember that MMAmania.com will deliver LIVE round-by-round, blow-by-blow coverage of the entire UFC 266 fight card right here, starting with the early ESPN+ “Prelims” matches online, which are scheduled to begin at 6 p.m. ET, then the remaining undercard balance on ESPNEWS/ESPN+ at 8 p.m. ET, before the PPV main card start time at 10 p.m. ET on ESPN+ PPV.

To check out the latest and greatest UFC 266: “Volkanovski vs. Ortega” news and notes be sure to hit up our comprehensive event archive right here.