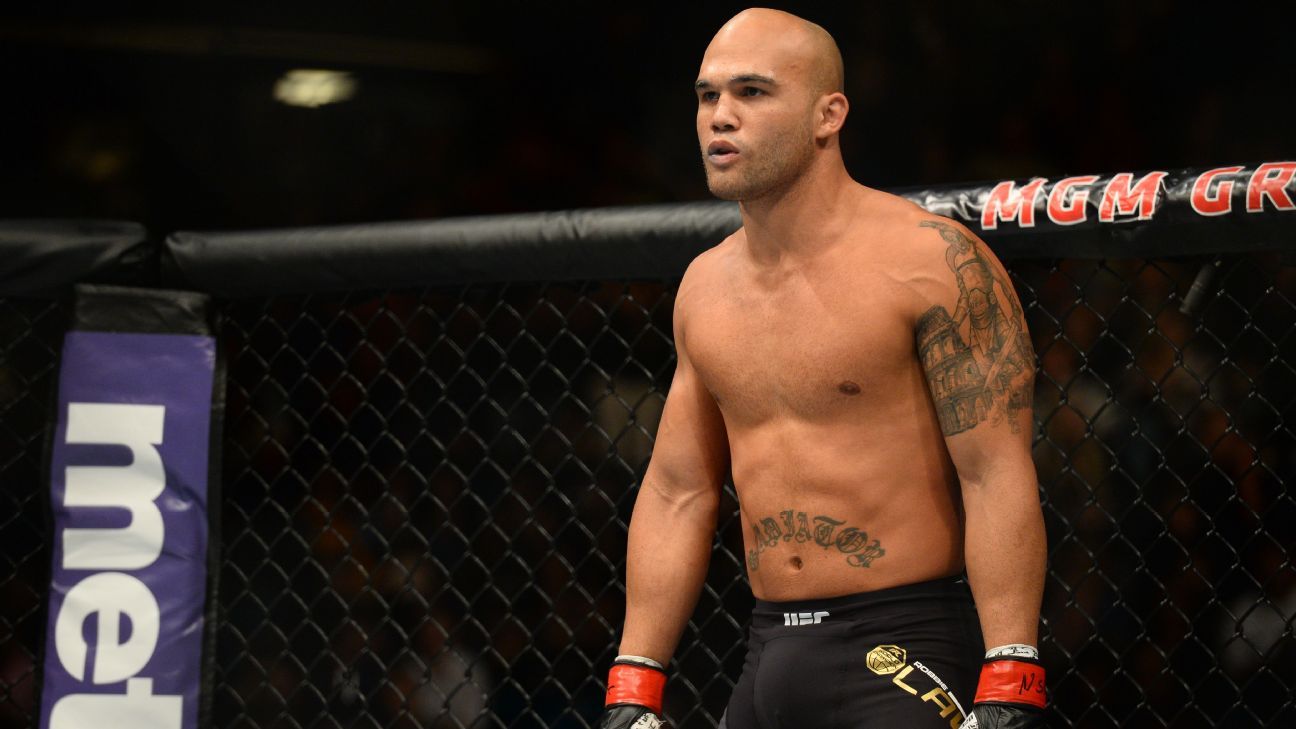 LAS VEGAS — A high profile rematch between Nick Diaz and Robbie Lawler will apparently still happen at UFC 266 this weekend, following a last-minute request from Diaz’s camp to change the weight limit of the bout.

Diaz (26-9) and Lawler (28-15) originally agreed to fight at the 170-pound welterweight limit, however Diaz, 38, recently requested it change to the 185-pound middleweight limit. He has not publicly discussed the request or the reasons behind it.

Speaking to ESPN on Wednesday, Lawler, 39, indicated the fight would move forward as a middleweight contest, but discussions are still ongoing to make it official.

“Yeah, [Dave Martin, my manager] is taking care of that on his end,” Lawler told ESPN. “He’s talking to [the UFC], straightening things out, making sure everything is right. When I was talking to Dave, I was like, ‘Alright, let’s go.’ But what’s right is right. I’m always ready to fight, there’s no question about that. It’s just making it right on the other end.”

Lawler, who trains out of Sanford MMA in south Florida, put in a 10-week camp in preparation for this bout, which is a rematch of a fight that took place 17 years ago at UFC 47. Diaz knocked out Lawler in the second round of that welterweight contest, in a highly entertaining fight.

A former UFC welterweight champion, Lawler said he focuses on losing a lot of weight in the final month of his preparations, so that he doesn’t have to cut a substantial amount the week of the fight. Had he known this bout would be contested at 185 pounds, he said he would have come in much heavier than he is now.

“I wouldn’t have lost 15 pounds the month before I found out,” Lawler said. “It was fine. I was in good shape, pressing it. I would have ate more food and not cut things out of my diet. I wouldn’t have been strict on certain things and left a little more muscle on … For them to go up 15 pounds, it’s a huge difference.”

That said, Lawler said he has no concerns the weight will become a factor in the fight. It’s a big fight for the former champ, as he’s lost four in a row dating back to 2017. Diaz has not fought since 2015, in part due to a disciplinary suspension for testing positive for traces of marijuana.

“It’s not about getting him back [from the first fight],” Lawler said. “There’s not this hole that for 17 years, it’s been waiting to fill up. He’s a big name with a huge following and a lot of clout. People are excited to watch him fight, which gears me up. Let’s do this. He’s somebody, I’m somebody. Fans are excited. That’s where it is. It has nothing to do with him, other than he’s a big name and fans enjoy watching him.”