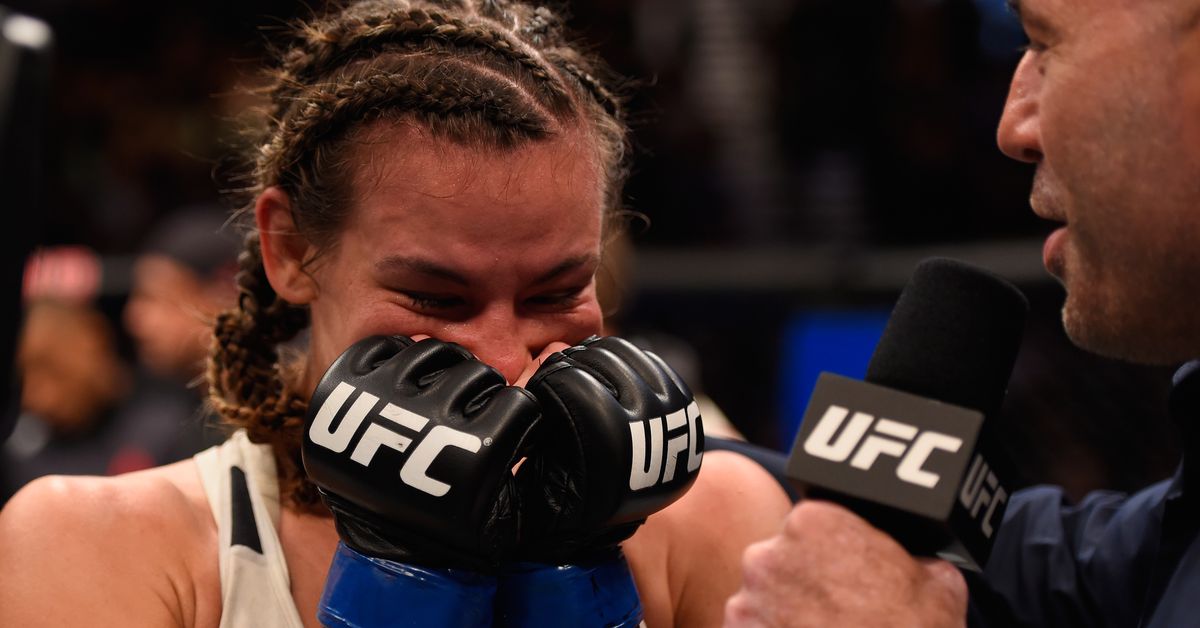 That’s according to a report from Sherdog.com, which indicates the Tate-Vieira bout could be rescheduled for as early as November, though nothing is official at this time.

Tate (19-7), who turned 35 back in August, ended her five-year hiatus with a successful return to action against the since-retired Marion Reneau, stopping “The Belizean Bruiser” by way of third-round technical knockout in the UFC Vegas 31 co-main event back in July.

As for the 30 year-old Vieira (11-2), she’s looking to bounce back from a unanimous decision loss to Yana Kunitskaya at UFC Vegas 19 last February. “Fenomeno” is no stranger to putting away bantamweight veterans, having previously disposed of Cat Zingano and Sara McMann.

A new main event for UFC Vegas 40 has yet to be determined.