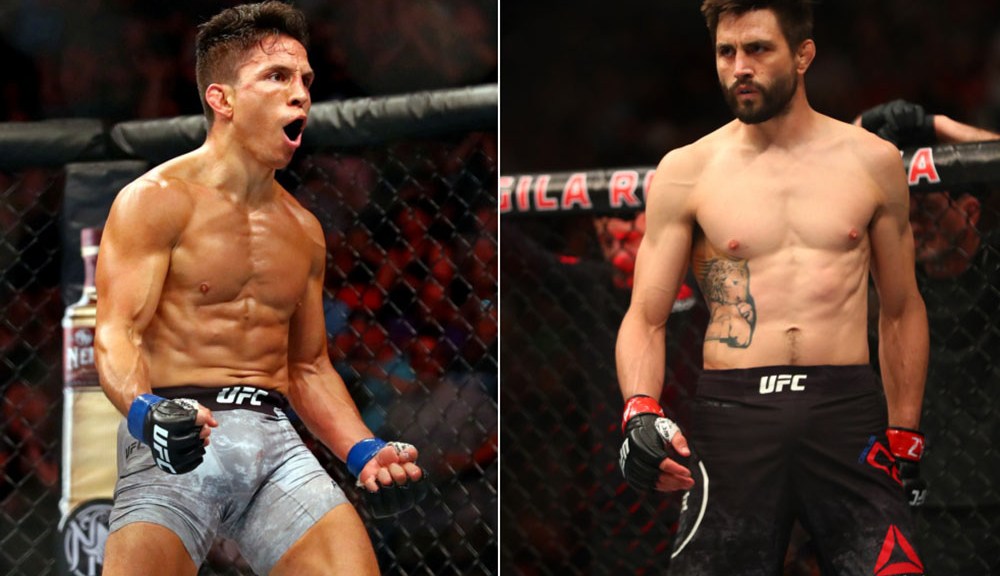 A couple of UFC legends decided to call it a career last week as Joseph Benavidez and Carlos Condit announced their retirements from MMA.

Benavidez closes out his career with a 28-8 overall record and 20-8 in UFC/WEC competition, while Condit ended 32-14 overall and 14-10 in the UFC/WEC. Between them, only one claimed major gold.

Condit was a WEC welterweight champion with three title defenses before the promotion was absorbed by the UFC, where he claimed an interim title by beating Nick Diaz in February 2012 before losing an undisputed title fight to Georges St-Pierre by unanimous decision later that year.

Benavidez, meanwhile, fell short five times of reaching the top. He first lost a WEC bantamweight title fight against Dominick Cruz in 2010. In 2012, Benavidez  lost a narrow split decision against Demetrious Johnson in the inaugural UFC flyweight title fight, and the following year he was knocked out in their rematch. It took Benavidez a little more than six years to earn another title shot in February 2020, but he was TKO’d in the second round of his fight with Deiveson Figueiredo for the vacant title. Because Figueiredo missed weight, the belt remained vacant, and Benavidez and Figueiredo ran it back five months later, with Figueiredo winning the title after a first-round technical submission.

Carlos Condit simply felt it was time to retire: ‘At a certain point there’s diminishing returns’

Emotional Joseph Benavidez opens up on retirement, says he made decision a while back

When comparing the two, perhaps the main difference might be what Benavidez meant as a mainstay of the flyweight division, especially competing at a high level and speaking out at a time when UFC president Dana White considered doing away with it. Then again, Condit is one of the most “action” fighters we’ve ever seen, and he claimed gold.

All things considered, if there was only one spot to give in the UFC Hall of Famer, should it go to Benavidez or Condit? Our “Spinning Back Clique” panel of Mike Bohn, Danny Segura and Brian “Goze” Garcia weighed in on that question with host John Morgan.

Check out their discussion in the video above, or watch this week’s episode in full below.