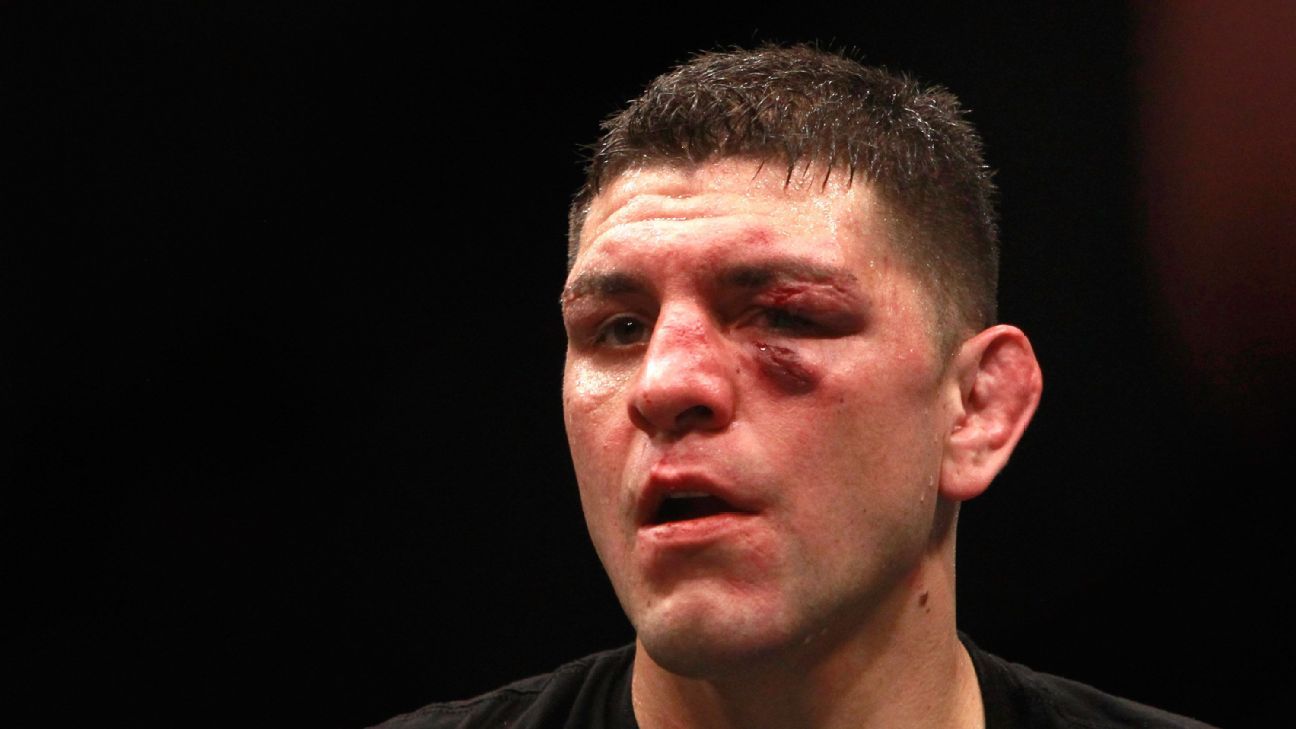 LAS VEGAS — The return of Nick Diaz is complicated.

I’ve been talking to professional fighters since 2009, but I have never had an interview go the way my conversation with Diaz went this week. Diaz, 38, returns from a six-year absence on Saturday, against Robbie Lawler at UFC 266. He has done very little media in the buildup to this event — and one can see why, given the interview he did grant to ESPN.

Just four days away from the fight, Diaz somberly admitted he really doesn’t want to do it. He said he tried to get away from fighting over the last six years, but it inevitably pulled him back because it’s the only thing he can do for himself and those around him. When asked if there was even a single aspect of this comeback he could enjoy, he instantly responded, “No. Nothing.”

Diaz says he feels this way before every fight. He says he never feels confident, nor does he look forward to a fight in the way we’re used to hearing so many fighters describe. A common phrase in MMA is, “Camp is the work, the fight is the fun part.” None of it is fun for Diaz, and it never has been. He’s felt this way his entire career.

There’s a different weight to all of this now though, compared to earlier in Diaz’s career. And a lot of people are feeling that weight behind the scenes, as well as those watching it unfold from the outside.

On one hand, Diaz returning to MMA is cause for celebration. He was suspended from the sport for 18 months in 2015, after testing positive for traces of marijuana. In hindsight, that suspension — which was originally for five years but reduced on appeal — was unfair. UFC athletes aren’t tested for marijuana in 2021, and earlier this year USADA “essentially” removed marijuana use as a punishable offense. UFC senior vice president of athlete health and performance Jeff Novitzky stated that its use “doesn’t have any effect on their ability to fight.”

This sport owes something to Diaz. He’s a pioneer of MMA, and a cult favorite with its fans. People love him. He’s had a tortured relationship with fighting, and in sharing that, he appears more human, more relatable. There are two title fights headlining UFC 266, but the main draw for Saturday’s event is unquestionably Diaz.

Since Nick Diaz’s suspension for marijuana in 2016, the UFC has drastically changed their policy on the drug.

Even Lawler, who has reason to not be happy with Diaz after Diaz requested a weight change to their bout this week, speaks glowingly of him.

“I have a lot of respect for Nick and everything he’s accomplished, and who he is,” Lawler said. “He kind of marches to the beat of his own drum, which I frickin’ respect. He doesn’t take crap. He is who he is, and I have respect for that.”

But on the other hand, no one can watch the candid interview Diaz gave Wednesday night and not wonder if this comeback is a good idea. During his six years away, Diaz did not look like someone who missed fighting. In fact, he looked content in simply being left alone.

In a meandering interview with ESPN in 2019, Diaz was asked if he wished to resume his fighting career. “Absolutely not,” he responded. He was eligible to return to the sport much sooner than now, but never did.

Layered on top of all of this is the success of Diaz’s younger brother, Nate. Over the last five years, Nate Diaz has become one of the sport’s biggest stars and one of its highest paid. Of course, Nick is happy for his younger brother, but it begs the question of whether there’s still time for him to cash in too. After years of the grind, Nate got the sport to pay him back, in a way it has yet to do so for Nick. When Nate fought Conor McGregor at UFC 202, his disclosed purse for that event was $2 million. Nick’s top disclosed purse, his fight against Anderson Silva at UFC 183, was a quarter of that.

So here Diaz is, headed into a fight he doesn’t want. He says the last thing that goes through his mind as he walks to the Octagon is, “Why am I doing this?” And that feeling will be two-fold on Saturday, following this lengthy break from MMA.

Should Diaz even be fighting? With a single look at Diaz’s life — the emergence from the streets of Stockton, the success of his own MMA academy, the fame and admiration from UFC success — it’s easy to see all the good fighting has done. But then hearing him talk about it makes it seem like he should never do it again.

But once you understand some of the torment he goes through, it’s impossible to feel 100% great about it. And that’s why this comeback, and Nick Diaz, is so complicated.