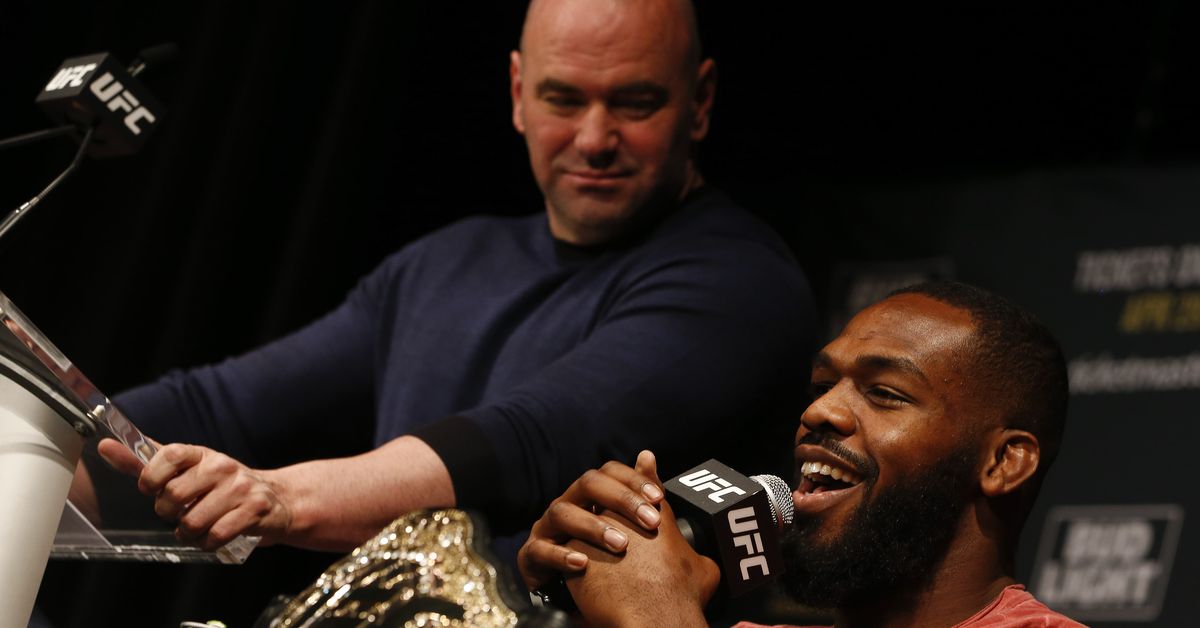 Jones, who was brought in by police Friday morning in Las Vegas for misdemeanor battery domestic violence, as well as injuring and tampering with a vehicle, was in town for a Hall of Fame fight induction. White and Jones haven’t seen eye-to-eye over the past year amidst ongoing contract negotiations so this weekend could have been a kumbaya moment.

Instead, Jones finds himself in jail just hours after his Hall of Fame appearance. The former UFC light heavyweight champion will spend the night behind bars until seeing a judge Saturday afternoon.

“Obviously, we’ll see how this plays out legally for him and where this ends up going,” White told reporters on Friday (via ESPN MMA). “It’s hard to bring this guy to Las Vegas for any reason. This city is not good for Jon Jones, and here we are again.”

Jones, who has taken time off from fighting to plot his move to heavyweight, is no stranger to legal issues. A slew of previous arrests and failed drug tests have unfortunately landed Jones on the bad list more times than he’d like. In fact, White isn’t too surprised to see Jones on the wrong side of the law once again.

“It’s like… it’s not even shocking anymore,” White explained. “When we bring him here it’s almost expected. You can’t even get him in Las Vegas for less than 12 hours to induct him into the Hall of Fame. It’s a problem. This guy’s got a lot of demons, man. A lot of demons.

“Is it really shocking anymore? It’s really not. It’s become not shocking. It’s almost like, ‘Uh oh, this guy is in Vegas, what’s gonna happen today?’ You want to hope that the guy is better and that won’t be the case, but he proves that every time he comes to this town that he can’t handle this place.”

As White eluded to, we need to let this entire situation play out before predicting how things will go down for Jones moving forward. “Bones” was on his way towards a heavyweight debut in 2022, but now we have to reserve our expectations when it comes to the former champ’s UFC career.