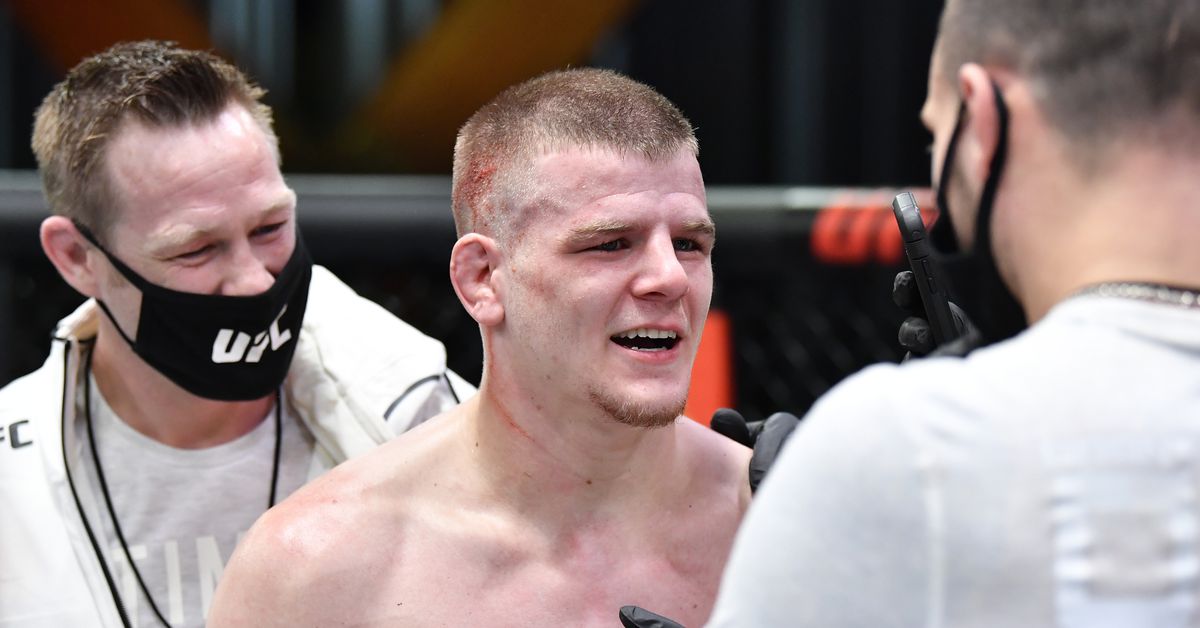 Grant Dawson will compete in October after all.

Sources close to the situation confirmed to MMA Fighting that a lightweight matchup between Dawson and Ricky Glenn is set for the UFC’s event on Oct. 23 at the UFC APEX in Las Vegas. MMA DNA was first to report the booking.

Dawson was initially slated to face Diego Ferreira on Oct. 2 before Ferreira was forced out of the bout with an injury.

The 27-year-old Dawson enters his second UFC 155-pound bout riding an impressive eight-fight win streak, which includes a contract earning finish on Dana White’s Contender Series and a 5-0 start to his octagon run. “The Prophet” made the move to the lightweight division and delivered one of the most violent finishes of the year thus far, stopping Leonardo Santos with hammerfists with just one second to go in their UFC Vegas 22 bout in March.

Glenn returned to action after an over two-year layoff at June’s UFC Vegas 29 event where he finishes Joaquim Silva with strikes in 37 seconds. Also a former featherweight, Glenn holds a 4-3 UFC record, which also includes decision wins over Dennis Bermudez, Gavin Tucker and Phillipe Nover.

The UFC’s Oct. 23 event will be headlined by a middleweight matchup between former title challengers Paulo Costa and Marvin Vettori.