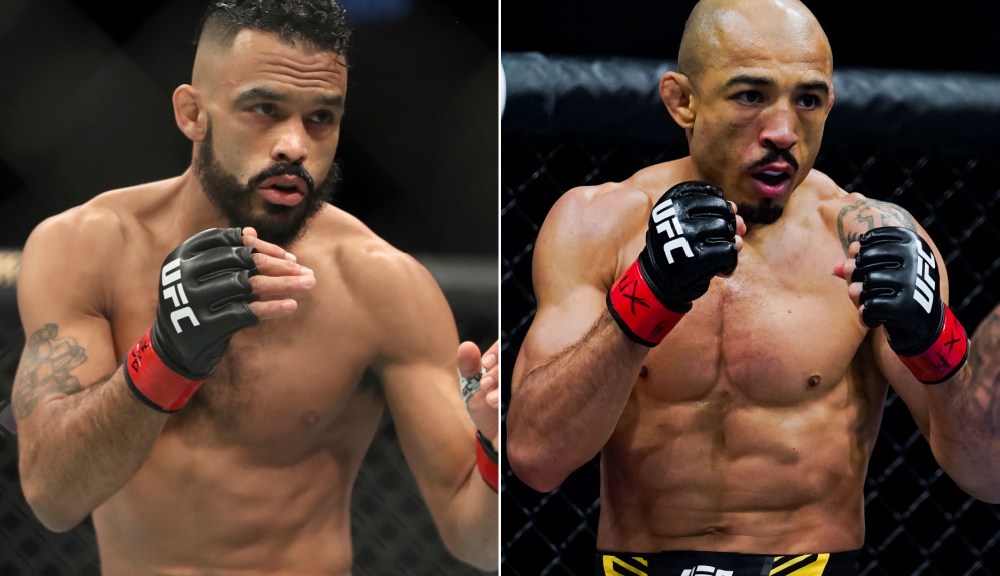 A pivotal bantamweight contender fight is in the works as the UFC fills out the remainder of its 2021 schedule.

Former UFC bantamweight champion Jose Aldo and rising New England Cartel staple Rob Font have agreed to fight Dec. 4 in a five-round headlining bout. Contracts have not yet been signed.

A person with knowledge of the matchup confirmed the targeted booking to MMA Junkie but asked to remain anonymous as the promotion has yet to make an official announcement. Aldo also posted about the fight on his social media. MMA reporter Ariel Helwani first mentioned the fight on Spotify Greenroom. Brazilian outlet Combate first reported the date.

Aldo (30-7 MMA, 20-6 UFC) most recently competed in August when he defeated Pedro Munhoz via unanimous decision. The win was his second in a row after a bantamweight title fight loss to Petr Yan.

As for Font (19-4 MMA, 9-3 UFC), the 34-year-old fighter rides a four-fight winning streak. After back-to-back unanimous decision victories over Sergio Pettis and Ricky Simon, Font finished Marlon Moraes with strikes in Round 1 of their December bout. In his most recent outing, Font defeated former UFC bantamweight champion Cody Garbrandt via unanimous decision.

The latest lineup for UFC Fight Night on Dec. 4 includes: