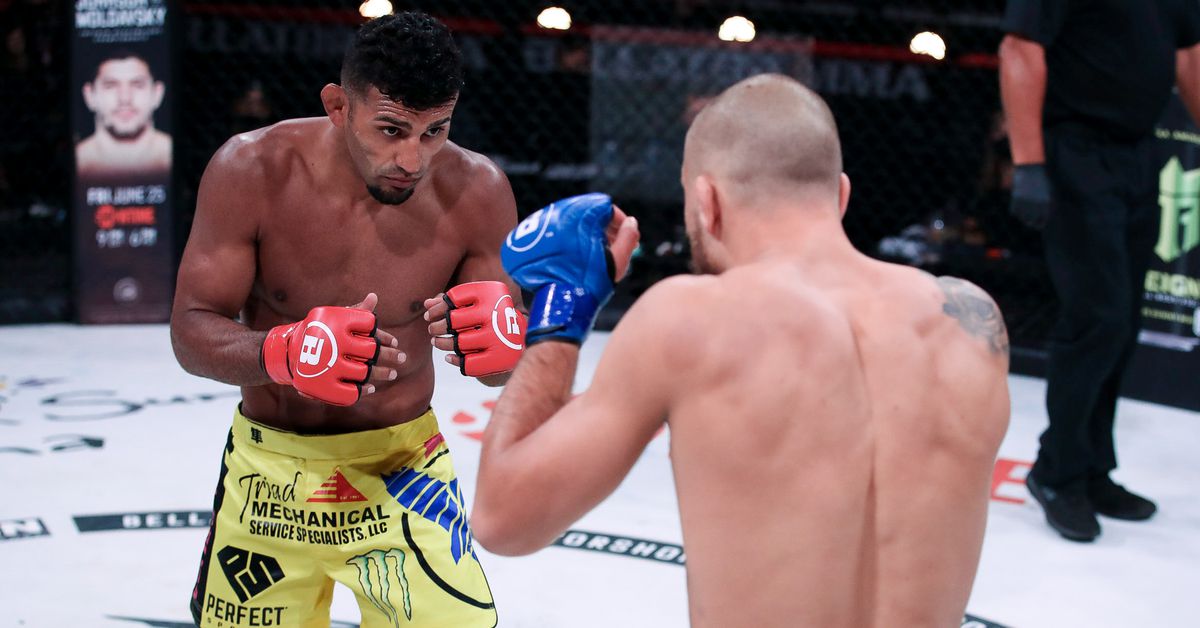 Douglas Lima is no longer a Bellator champion, which could open the door for a possible move to another organization once his contract is completed. That said, he’s not considering that option just yet.

“The Phenom” does have some bold ideas for the future, though.

Speaking on the latest episode of MMA Fighting’s Portuguese-language podcast Trocação Franca, the former welterweight titleholder revealed he’ll have three bouts left in his Bellator contract after Friday’s rematch with Michael Page in London. But he said he “never even thought about” fighting out of his deal to test free agency like Michael Chandler recently did.

“[But] boxing would be good,” Lima said. “Boxing those brothers [Jake and Logan Paul] and make some good money. That would be cool. But, [going to] other organizations like the UFC, I never even stopped to think about it.”

YouTube star Jake Paul is 4-0 as a professional boxer with four wins in a span of 19 months, a run that includes wins over former NBA player Nate Robinson and ex-MMA champions Tyron Woodley and Ben Askren.

Logan Paul, 0-1 as a pro boxer, recently lost a decision to Floyd Mayweather in an exhibition match.

“Boxing one of these guys would be too easy,” Lima said. “I’m focused on Page, of course, but I hope that happens one day.”

Lima praises Bellator head Scott Coker as being “very flexible” about co-promoting and would love the idea of flying to Japan for a match under the RIZIN banner like previous Bellator athletes have.

Facing a Paul brother would be more of a monetary decision.

“To be honest with you, it would be for the money,” said Lima, who holds wins over veterans like Rory MacDonald, Andrey Koreshkov, Lorenz Larkin, Paul Daley and “Venom” Page in Bellator. “I wouldn’t even choose [which brother], either one of them would be a nice gift [laughs].

“I think I would defeat either one of them, easy. [Jake] is tough. Jake Paul beat Woodley and everything, the guy trains hard, I see him training with professionals. I wouldn’t disrespect [him] and call him shit. He has my respect.”

Lima’s main priority is getting past Page in the main event of Bellator 267 and working his way back toward a rematch with 170-pound champion Yaroslav Amosov, who defeated him via decision this past June to capture the welterweight belt.

“My focus is on becoming champion,” Lima said. “I’m in the promotion to be the champion. I’ve done that many times before and I want to become the first to become a four-time champion. I’m hungry to get that belt again, I have to erase that horrible loss.”