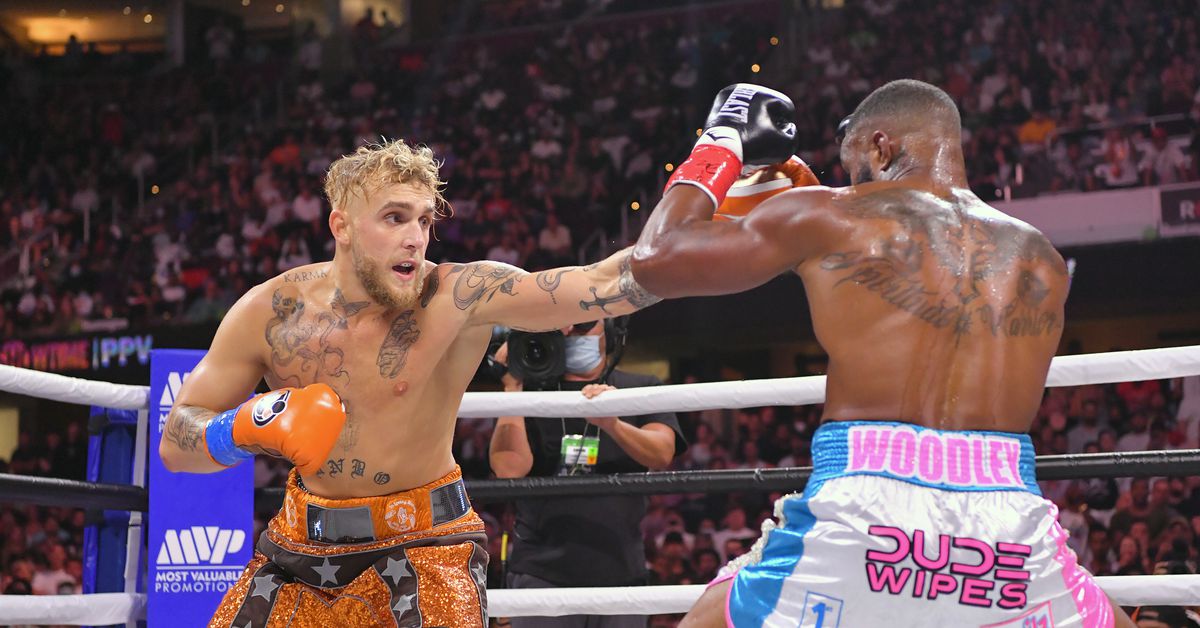 Tyron Woodley is far from the only MMA fighter to make his way onto Jake Paul’s hitlist. Now that Paul has defeated Woodley, he seems ready to move on (tattoo or not). At the top of that register is very likely Conor McGregor, the biggest star in the sport with whom Paul has repeatedly traded verbal shots.

Given McGregor’s credentials and knockout prowess, most would assume that fight is a total wash for the former double champ. However, American Kickboxing Academy’s Javier Mendez — head coach to many champions, including Khabib Nurmagomedov — believes that Paul is more than up to the task.

“Jake has got so many advantages on Conor,” Mendez told Betway. “Size being one of the big major ones, and the fact that he’s been boxing for three-plus years with really good boxing professionals that know what they’re doing. So no, he shouldn’t have to fear Conor whatsoever.

“Instead, he has to fear people like Canelo. He would just smash him in one round, it would be embarrassing. He hasn’t got a chance against those kinds of guys, he really should stay away from him – but against Conor, absolutely he has a chance. Looking at the two, Jake’s got big advantages in size and power. Yes, he doesn’t have fight experience but he’s been strictly just boxing for a long time now.”

Mendez cited behind-the-scenes sparring footage as part of the reason for his confidence in the social media star. Despite his praise for Paul’s abilities and chances vs. the Irish athlete, Mendez made sure to emphasize that neither Paul brother is more than a beginner in the art of boxing.

It remains to be seen if McGregor fully takes the bait and attempts to fight “The Problem Child,” but there are certainly reasons why it could happen. For one, the chance of significant injury is likely much lower in the ring vs. a semi-pro celebrity compared to fighting a top-ranked UFC Lightweight.

Plus, if Paul vs. Mayweather could clear one million pay-per-view (PPV) buys, sky is the limit for this bout’s potential windfall.

I will be pumped to see the return of Rodolfo Vieira 2.0.

Rogerio Bontorin is the latest victim of a tainted supplement.

Rogerio Bontorin has accepted a three month sanction from USADA due to a tainted supplement.

Sanction is retroactive to May 1, 2021 and he is eligible to resume competition.

Brian Ortega shares an update on his injuries following his latest five-round war:

A story from last week that didn’t score a ton of attention (at least from us): Christian Lee wants One Championship to overturn his title loss … which they are not above doing based on historical precedent.

One more big one that got a bit lost in the UFC 266 hubbub: Mark Hunt scored a win in his lawsuit vs. UFC, and his IG post afterward is classic Hunto.

Let’s take a moment to relive some of the newly retired Manny Pacquiao’s greatest hits in the clips below!

Nothing like a good bit of fairly awkward, very brutal fighting between amateurs:

This is the greatest headlock throw I’ve ever seen.

Midnight Music: This cover of “What a Fool Believes” played solely on toy instruments is pretty cool!