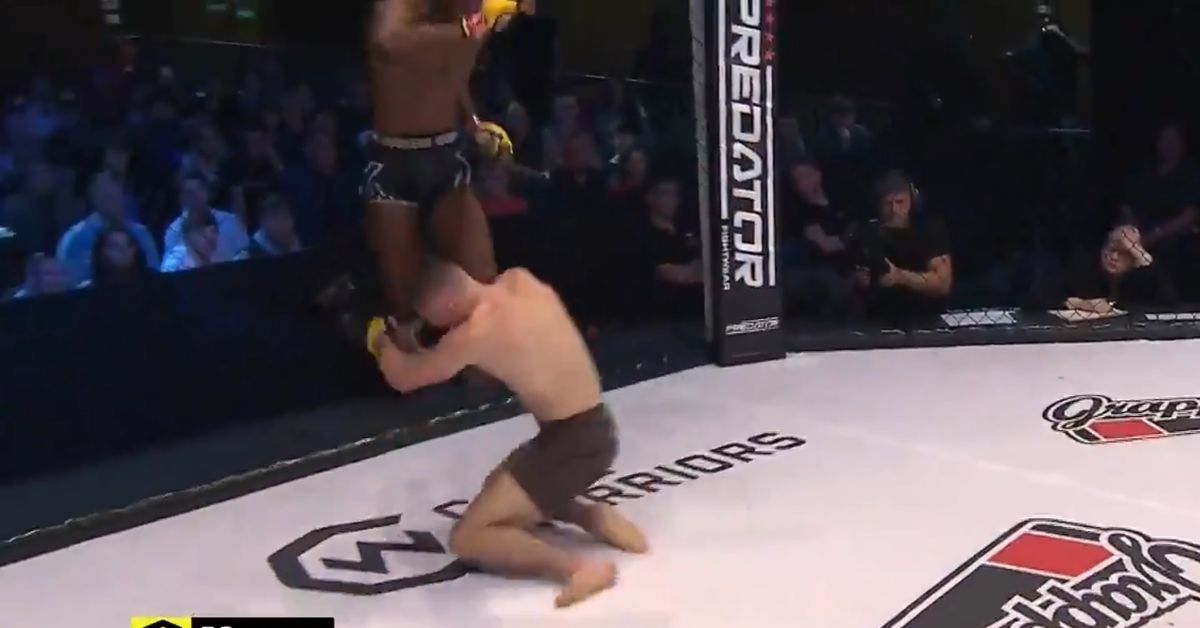 It definitely wasn’t easy, but Dominique Wooding can now call himself a Cage Warriors champion.

Wooding (8-4) captured the English promotion’s vacant bantamweight title on Thursday at Cage Warriors 127 in London, scoring a third-round knockout in a fight that he was clearly losing up to that point. Standing in the way of Wooding’s championship hopes was undefeated submission specialist Nathan Fletcher, and early on, Fletcher was in control of the grappler vs. striker matchup.

Late in the third, the narrative began to change as Fletcher’s offense slowed enough for Wooding to find a rhythm. With a minute remaining in the frame, Fletcher telegraphed a takedown and ate a jumping knee that proved to be the beginning of the end. Wooding scored with another big knee and a head kick that had Fletcher reeling. After a stiff uppercut landed square, referee Marc Goddard had seen enough and he stepped in to save a crumbling Fletcher.

Wooding’s coaches rushed in to the cage to congratulate him, including former UFC standout Brad Pickett, who pinned Wooding to the cage and executed a slick double leg takedown.

Watch the thrilling finish above.

It was the second win for Wooding in as many appearances for Cage Warriors following a 69-second TKO of Cameron Hardy in June that put Wooding into position to challenge for a title.

Fletcher falls to 6-1 after suffering the first loss of his pro career.

Lawler Vs. Ponzinibbio Set For UFC 282
‘His Time Has Gone’
UFC Uruguay: Vicente Luque vs. Mike Perry Weigh-In Staredown – MMA Fighting
Pre-Fight Pep Talks From Deontay Wilder 🤝
Dominick Cruz was up on the scorecards when Marlon Vera knocked him out at UFC San Diego