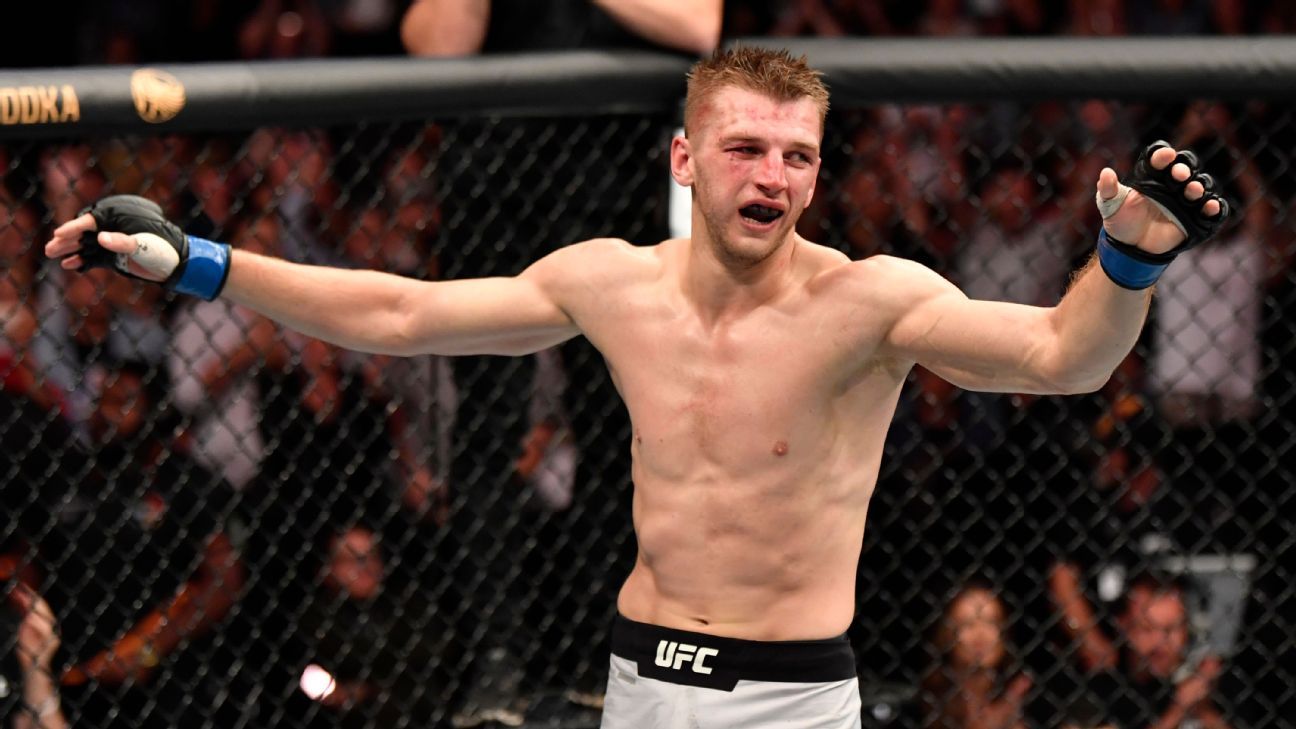 Less than one week after an impressive victory at UFC 266 in Las Vegas, lightweight Dan Hooker has already accepted his next task — and it’s a big one.

Hooker is stepping in for Makhachev’s original opponent Rafael dos Anjos, who was forced to pull from the bout due to injury. The UFC 267 card is set to take place in Abu Dhabi.

It’s been a whirlwind end of the month for Hooker, who fights out of New Zealand. The City Kickboxing product arrived in Las Vegas from New Zealand just two days before his fight against Nasrat Haqparast, due to last-minute visa issues. He went on to look terrific in a three-round decision.

Hooker, 31, is considering a move to the U.S., in order to avoid New Zealand’s strict quarantine measures for the foreseeable future. Whether that move ends up happening or not, he is now headed to the Middle East to take on one of the top contenders at 155 pounds.

Makhachev, of Dagestan, is riding an eight-fight win streak. A teammate of retired lightweight champion Khabib Nurmagomedov, he is widely viewed as a potential future champion and is coming off a submission win over Thiago Moises in his first-ever UFC main event in July.

A light heavyweight bout between champion Jan Blachowicz and Glover Teixeira will headline UFC 267. An interim bantamweight title fight between Petr Yan and Cory Sandhagen is also on the card.