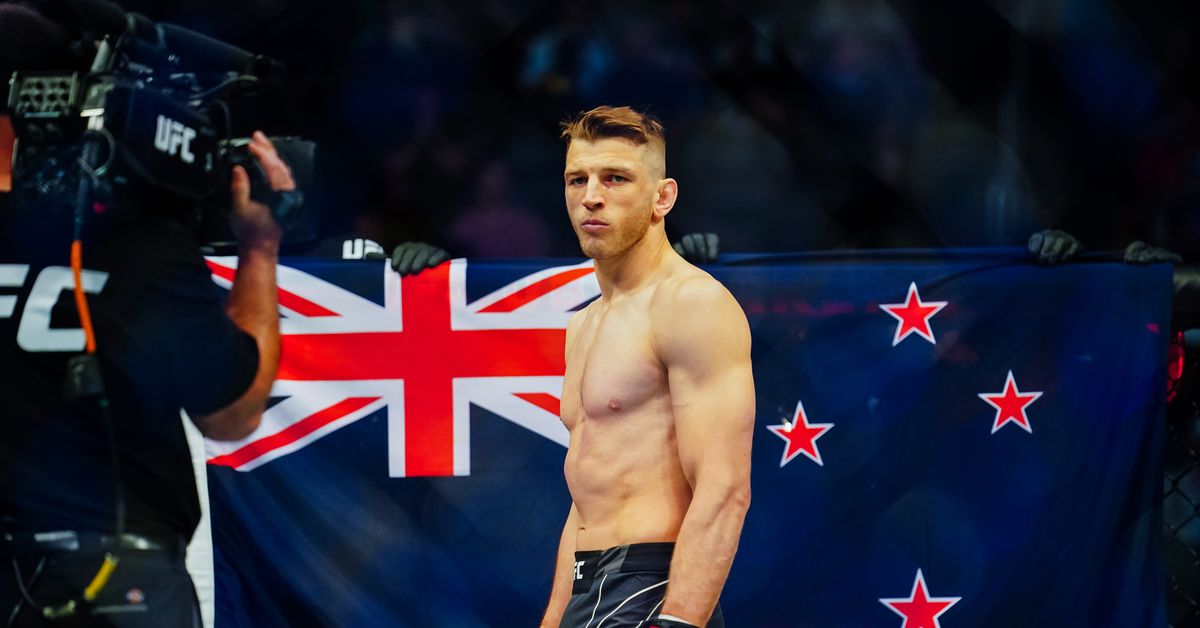 Dan Hooker earned a ton of points with fans and pundits around the world earlier today when he accepted a fight vs. Islam Makhachev at UFC 267 on October 30, 2021. The veteran scrapper just fought last Saturday, a victorious effort vs. Nasrat Haqparast and will have just about a month to prepare for a scrap with the grappling ace. In addition, his training and home life situation are severely complicated by COVID-19 restrictions, as it’s unclear when Hooker will next be able to return home to New Zealand.

The odds makers, however, do not seem as impressed. Betonline.ag opened Hooker as a large underdog at +250, but those numbers have only swelled to an insulting +400 in the hours since the booking was announced. Meanwhile, Makhachev began as a -300 favorite, but he’s all the way up to -600.

Hooker is the No. 6-ranked Lightweight in the world, a man who has faced the division’s absolute best and threw down in 25-minute wars of attrition. However, the hype behind Makhachev is simply too strong to ignore, as Khabib Nurmagomedov’s protégé seems primed to follow in “The Eagle’s” shoes. The 30-year-old Russian has won eight bouts in a row, seldom coughing up a round in the process and breaking into the Top Five as a result.

Is there profit to be made here, or are these odds right on the money?

Having been through several difficult bouts with addiction, Jared Gordon has some advice for Jon Jones following his arrest last week.

“I don’t care how many bench presses you do or how heavy you lift, none of that is going to keep you from drinking or drugging.” pic.twitter.com/iNnQan0E04

RETURN OF THE DAMAGE BABY!

The Merab Dvalishvili machine is fueled by demolition work.

Your weekly dose of Sean Strickland being an intense, strange fellow:

Tyson Fury’s response to Oleksandr Usyk’s upset over his rival Joshua Fury is rather classy.

Some fun debate material for the comments!

Most delusional fighters from each division

Nice sprawl and chest pressure to secure the d’arce finish:

Here’s a different technical display than the usual (but excellent) left hooks and chopping low kicks of Liam Harrison.

I am genuinely shocked (and hugely impressed) that this worked. Legendary!

Midnight Music: Classic dance track “Poison” popped up during kickboxing today and got an immediate response, but personally, I cannot help but immediately think of the hilarious It’s Always Sunny in Philadelphia clip that features the song.