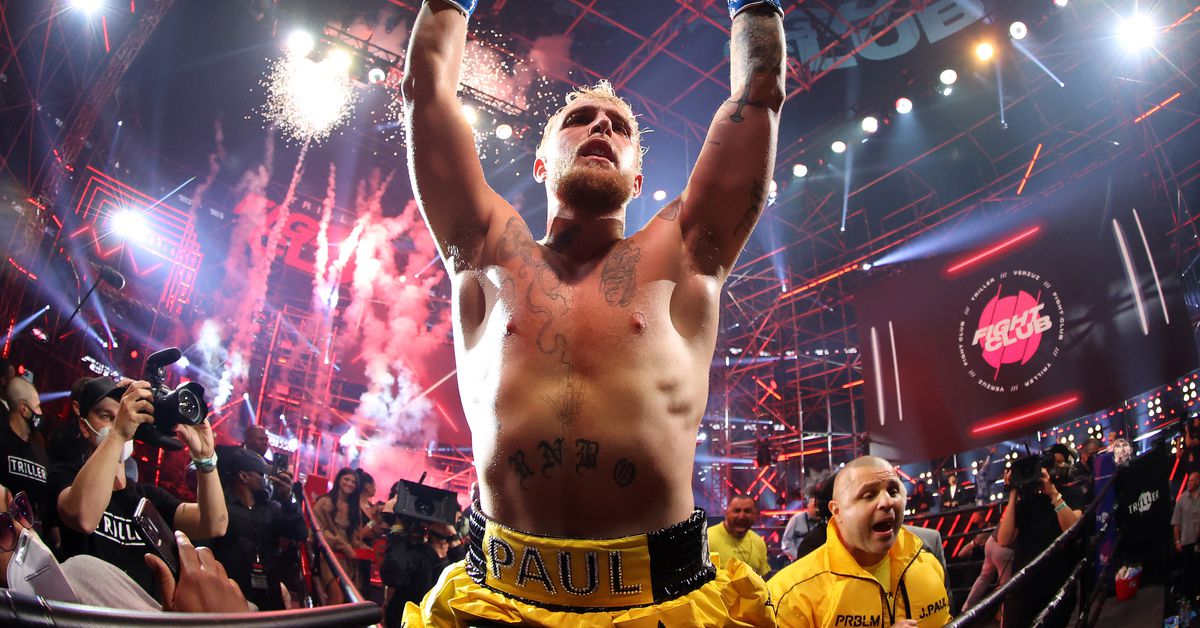 Speaking on a recent episode of MMA Fighting’s Portuguese-language podcast Trocação Franca, the former UFC light heavyweight title contender revealed his interest in challenging “a real fighter” in a “competitive” in boxing match in the future, unlike his fellow MMA veterans that chose to face a YouTuber in a very profitable match.

“[Jake Paul] is gaining experience, conquering victories, but what I saw in his last fight against Tyron Woodley, he looks like a beginner,” Santos said. “He doesn’t even know how to walk in the ring, he makes gross mistakes. Woodley had the obligation to beat him. And he had the opportunity to do so.”

Even though Paul is undefeated inside the boxing ring, winning a decision over Woodley after a first-round KO over Askren, Santos believes he has yet to be tested in a “real” fight.

Santos, for example, would favor ex-UFC middleweight champion Anderson Silva against Paul in the squared circle. “The Spider” walked away from the UFC on a long winning skid but has gone 2-0 since in boxing, defeating Julio Cesar Chavez Jr. and Tito Ortiz earlier this year.

Paul didn’t seem that interested in a match with the Brazilian in the aftermath of Silva’s knockout of Ortiz in Florida, and Santos expected that.

“He knows what he’s doing,” said “Marreta,” who faces Johnny Walker in the main event of UFC Vegas 38 on Oct. 2. “He’s handpicking the right opponents, he’s setting a career plan for him, but he’ll have to fight a real fighter eventually, someone that puts him in his place. But I don’t think that’s going to happen now.

“He knows who he chooses [to box]. A guy like that will never choose me. I doubt it. No way, he won’t do that.”