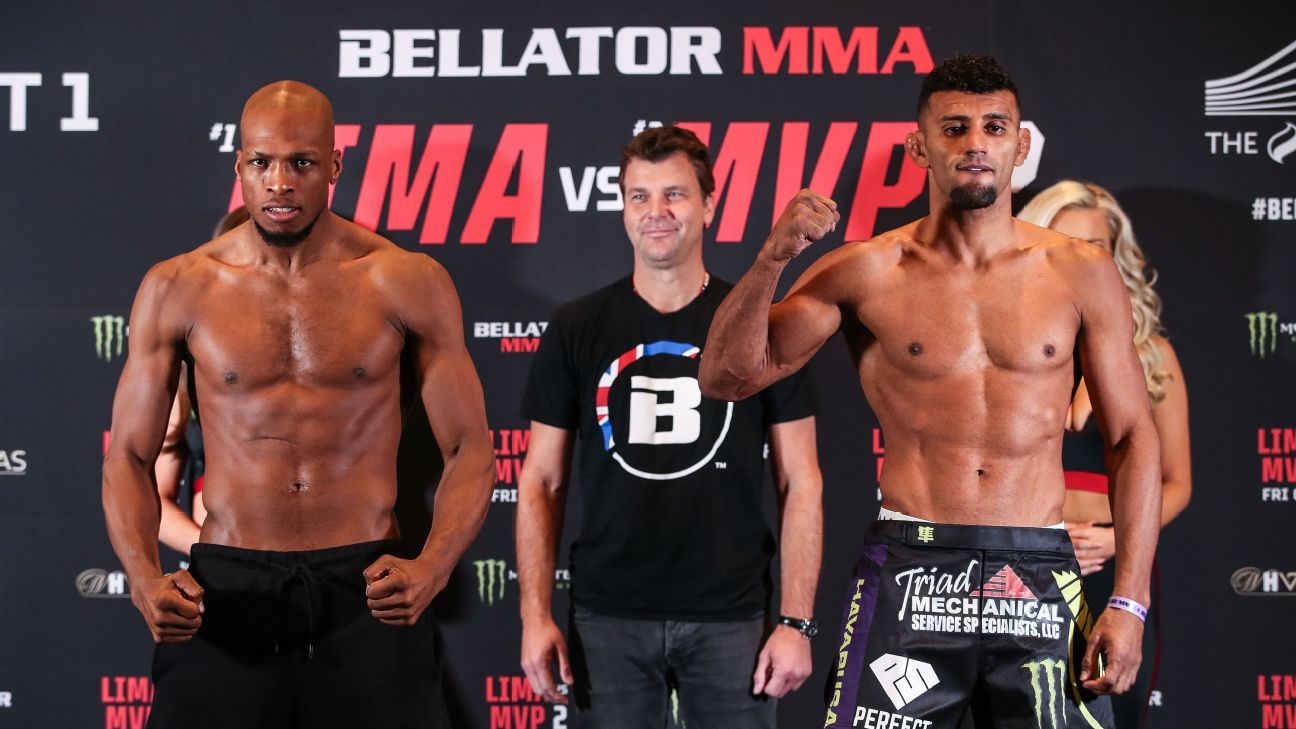 Michael Page made up for his only career stumble by securing the biggest victory of his career on Friday in his hometown, edging three-time Bellator MMA welterweight champion Douglas Lima by split decision in the main event of Bellator 267 at Wembley Arena in London.

In a highly competitive fight, two judges scored it 29-28 for Page, while the third had it 29-28 for Lima. Friday’s bout came a little over two years after Lima handed Page (20-1) the only loss of his career.

Lima (32-10), who was dethroned as champ in June, was aiming to use this fight as a springboard back to a title shot. Instead, Page appears to have put himself in position to challenge undefeated champion Yaroslav Amosov (26-0).

It was a close fight the whole way. Page dropped Lima twice in the first round and once more in the third, but each time it appeared that Lima was more off balance than hurt. Lima had his most success in those two rounds as well, landing takedowns in each and dropping elbows to the head of Page on those few occasions when he could get his arms free from Page’s defense.

“I knew he was gonna go for a takedown,” said Page, a 34-year-old who was born in London and still lives and trains there. “Every single striker that stands in front of me, I turn them into wrestlers, every single one of them.”

Page did give Lima his due, acknowledging that the 33-year-old Brazilian, who has lived and trained in the Atlanta area since he was a teenager, made it difficult for the Londoner to put on a show in front of his hometown fans. Page danced to the cage to chants of “MVP! MVP!” and continued to egg on the crowd through fighter introductions, but once the bout got underway he fought with more caution than usual.

“Lima’s a tough man,” he said. “I understand why he’s been champion three times.”

The first time they fought, in May 2019, Page hurt Lima with a punch but became reckless in trying to finish him and got caught with a low kick that knocked him off balance, then a right hand that ended his night.

There was a similar sequence in Friday’s second round, when Lima knocked Page off his feet with a kick, then just missed with a winging punch as Page got back to his feet. The crowd groaned.

“Yo, fool me once,” Page said with a smile. “I got up with my eyes [looking] up. I saw that punch coming, and you know, I’m good at slipping. I ain’t getting hit with that same shot again.”

Henry Cejudo Is Not Impressed With Vera’s UFC San Diego Win 
O’Malley ‘Okay With Losing’ Because He’ll ‘Be A World Champ Someday’
Sonnen Backs Peña Over Shevchenko For Nunes Trilogy
Jamahal Hill Calls For Title Fight Next: ‘I Want The Shot At Jiri’ | UFC on ESPN 40
B.J. Penn garners less than 25 percent of vote in Hawaii primary election loss for Republican governor