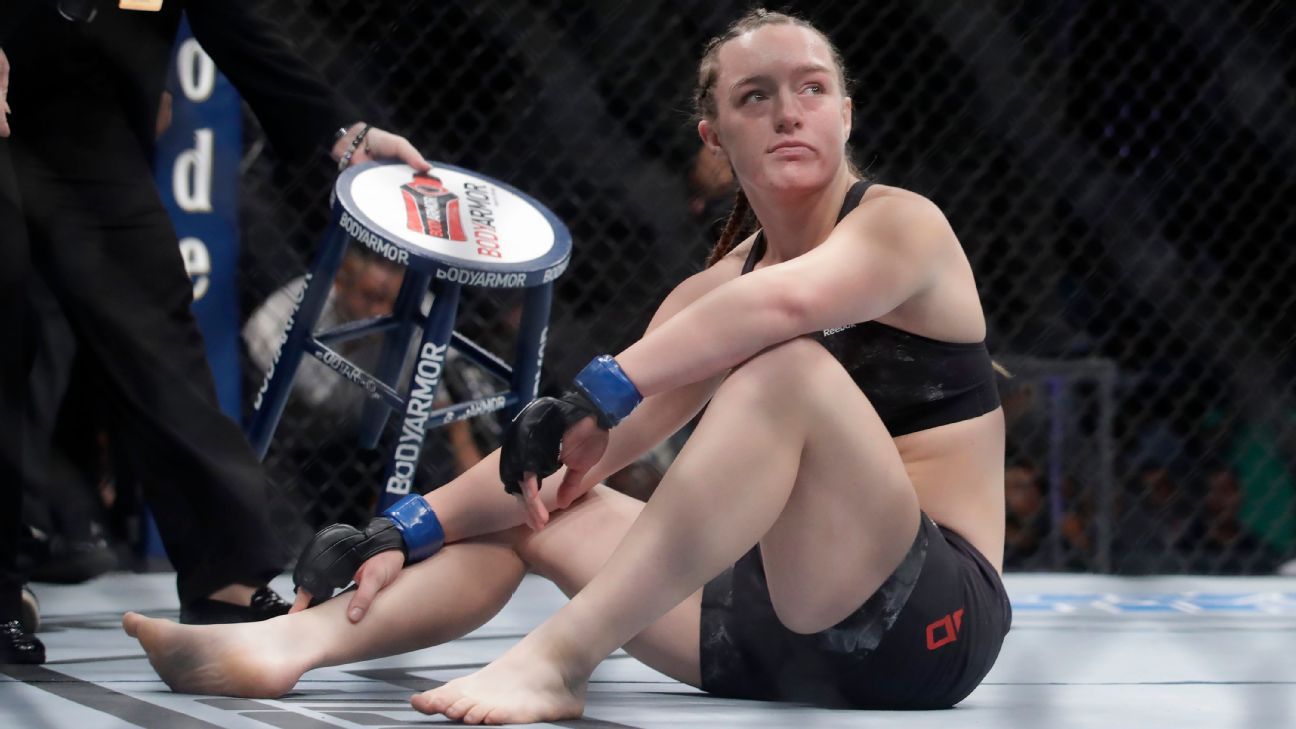 A women’s bantamweight fight between Aspen Ladd and Macy Chiasson is off this weekend’s UFC card after Ladd appeared shaky at the weigh-in.

Ladd was unsteady on the scale Friday morning as Nevada State Athletic Commission chief assistant Jeff Mullen was attempting to register her weight. Every time Ladd attempted to put her hands up, she seemed to lose her balance, causing the scale to tremor. More than five minutes after she started the process, Ladd missed weight by 1 pound, at 137 pounds.

Ladd addressed her weigh-in issues in an Instagram post, saying it was “all my fault” that the bout — scheduled for UFC Fight Night on Saturday in Las Vegas — was canceled and noting that she had started her period, which “made this cut absolutely miserable.”

“The fight wasn’t pulled, my opponent then decided she would rather not go through with it, as is her right,” Ladd wrote. “I’m going to get slammed regardless, so let it begin.”

UFC officials also confirmed to ESPN that the fight was off.

The bout would have been a key one in the UFC women’s bantamweight division. ESPN has Ladd ranked No. 4 in the world in the division, and Chiasson is ranked No. 10.

This would have been Ladd’s first fight in nearly two years, an absence that included surgery to repair torn anterior cruciate and medial collateral ligaments.

Ladd (9-1), 26, of California, has had weight issues in the past. She was shaky on the scale before a bout with Germaine de Randamie in July 2019 but still made weight. The California State Athletic Commission allowed Ladd to compete, and de Randamie knocked her out in 16 seconds the next day.

After the card, the CSAC suspended Ladd’s license for bantamweight in the state, pending further review. Ladd weighed 159 pounds on fight night, according to the CSAC, more than 20 pounds above the nontitle bantamweight limit of 136 pounds.

Ladd was subsequently cleared and beat Yana Kunitskaya via third-round TKO in December 2019.