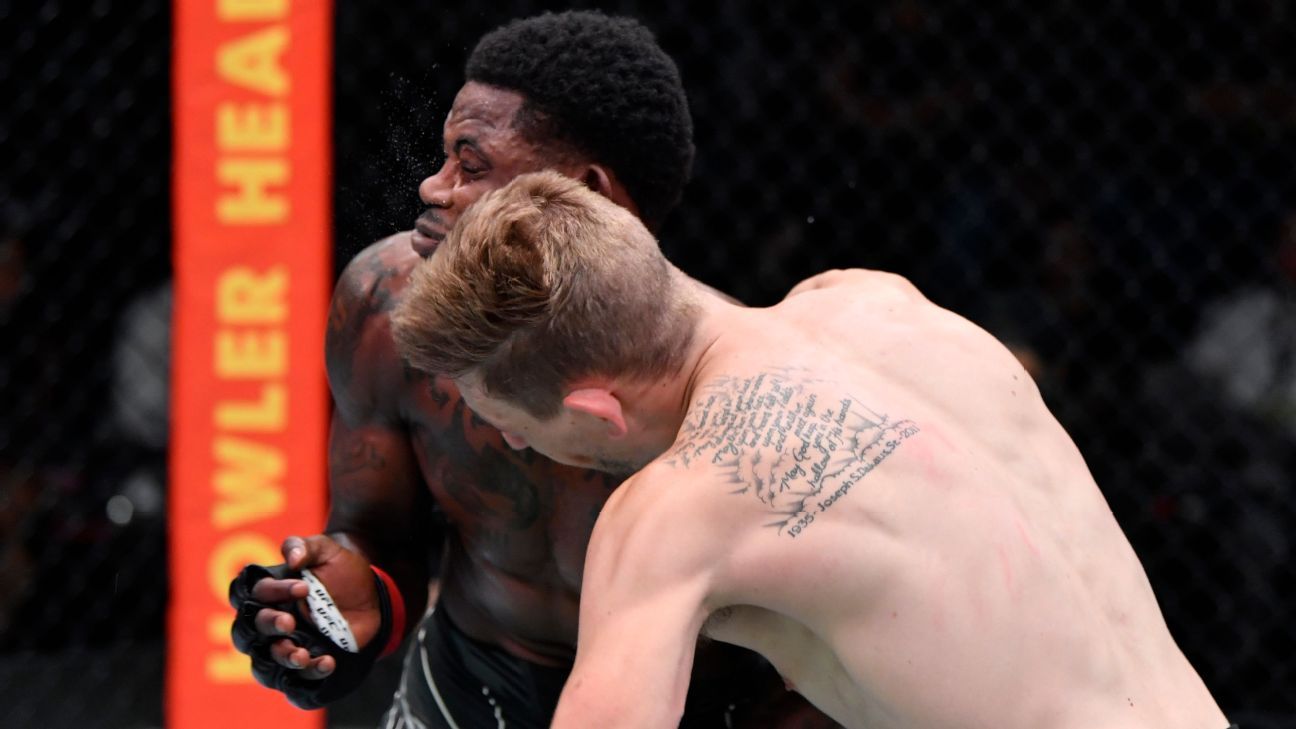 The UFC has quickly rebooked a middleweight contest between Kyle Daukaus and Kevin Holland, after their first meeting ended in a no-contest at a UFC Fight Night last weekend.

Contracts have not been signed, but both sides have verbally agreed to run it back on Nov. 13 in Las Vegas, multiple sources told ESPN.

Daukaus (10-2) was initially ruled the winner of the 185-pound bout, after he tapped Holland with a rear-naked choke in the opening round. The finish came after Holland was badly hurt by an accidental clash of heads, however, and the Nevada State Athletic Commission changed the result to a no-contest after reviewing the replay.

After the result was read, Holland (21-7) immediately campaigned for a rematch. It’s an important fight for the 28-year-old Texan, who is 0-2 this year after tying a middleweight record of five wins in a single calendar year in 2020. Holland’s two losses came against Derek Brunson and Marvin Vettori.

Daukaus, 28, is a former contender on Dana White’s Contender Series with a 1-2 record in the UFC.

A featherweight fight between former champion Max Holloway and Yair Rodriguez is scheduled to headline the Nov. 13 event.