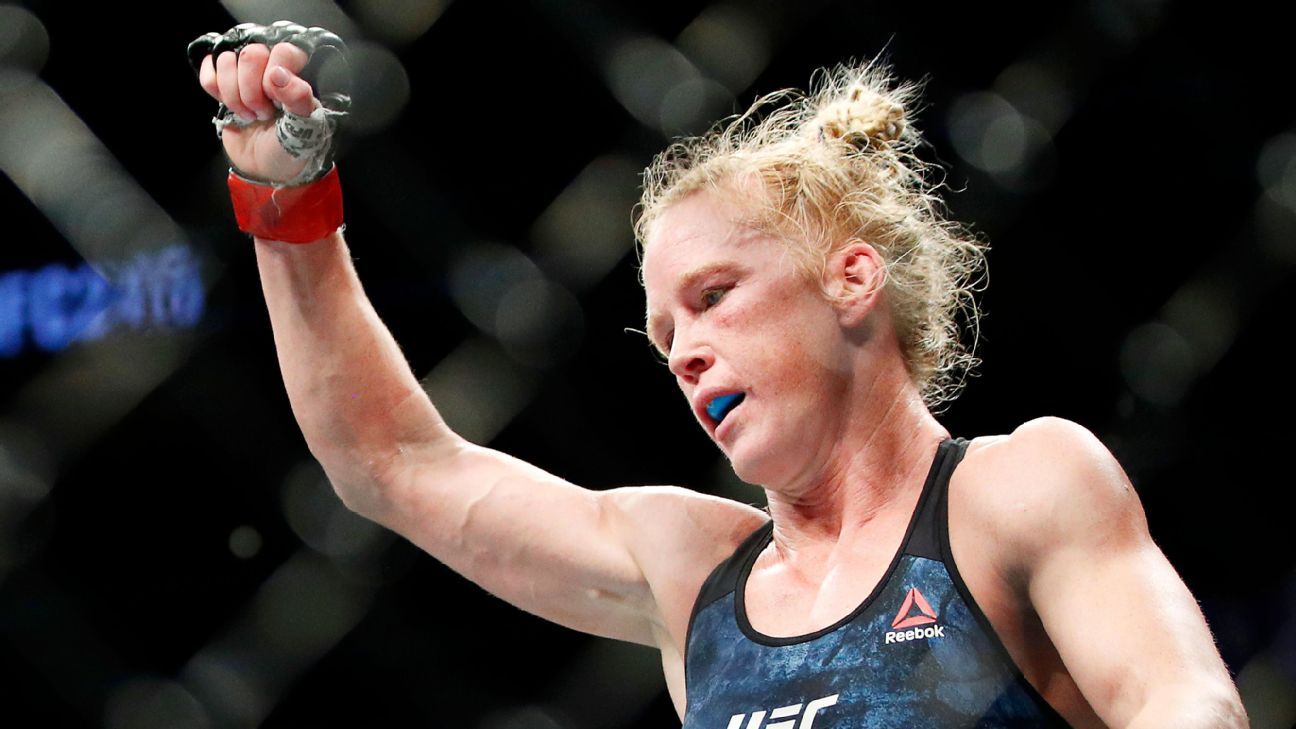 Former UFC bantamweight champion Holly Holm has been forced to withdraw from a featherweight main event against Norma Dumont on Oct. 16, sources told ESPN on Wednesday.

The UFC is working on finalizing 26-year-old Aspen Ladd as a replacement to fight Dumont in the UFC Fight Night main event, sources said. Once signed, the bout is expected to remain a five-round, 145-pound featherweight contest. The Fight Night event will take place at the UFC’s Apex facility in Las Vegas.

Ladd (9-1) was scheduled to fight Macy Chiasson at a UFC Fight Night event this past Saturday but was shaky and missed weight during weigh-ins. The bout was eventually canceled. Ladd wrote on social media that Chiasson opted not to move forward with the bout after Ladd missed weight, which she said was “her right.” Ladd took responsibility for the weight miss.

This will mark Ladd’s first appearance since December 2019. She missed all of 2020 with a torn ACL.

Dumont (6-1), of Brazil, is 2-1 in the UFC. She is coming off a split-decision win over former featherweight title challenger Felicia Spencer.

This card already lost one main event as well. Miesha Tate was scheduled to face Ketlen Vieira, but Tate was pulled from the card after a positive COVID-19 test. That matchup has since been rescheduled to Nov. 20.