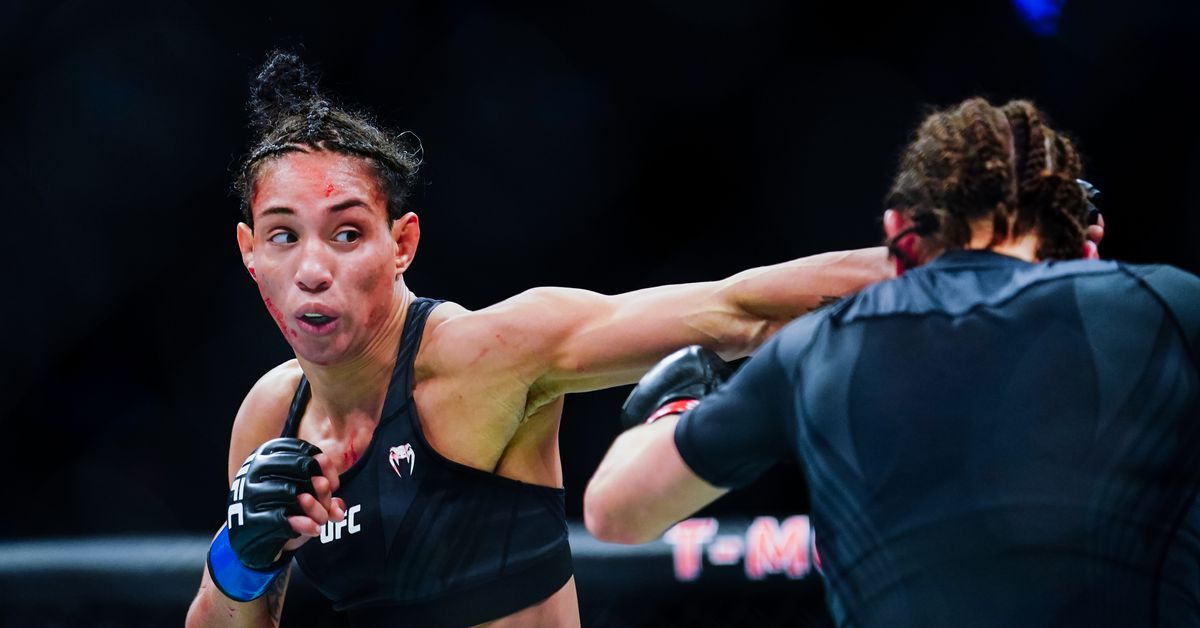 Joanne Calderwood has gone from facing one up-and-coming flyweight to another.

MMA Fighting’s Guilherme Cruz and Damon Martin confirmed with sources with knowledge of the change that Calderwood (15-6) will now fight Taila Santos (18-1) at UFC Vegas 43 on Nov. 20, following the withdrawal of originally scheduled opponent Alexa Grasso. ESPN was first to report the new matchup.

No reason has been given for Grasso’s withdrawal.

This new pairing pits Calderwood, the No. 9 flyweight in MMA Fighting’s Global Rankings, against No. 13 Santos.

Calderwood looks to maintain her position in the contenders’ line after going 3-3 in her past six fights. The Scotswoman was scheduled for a UFC championship bout against Valentina Shevchenko at UFC 251 in June 2020, but after Shevchenko was forced out of that date with an injury, Calderwood took a short-notice fight against Jennifer Maia two months later and lost by first-round submission. She rebounded with a win over Jessica Eye, but lost her most recent outing to Lauren Murphy.

Both Maia and Murphy went on to unsuccessfully challenge Shevchenko.

Santos has strung together three straight wins after dropping her UFC debut to Mara Romero Borella. She is coming off of a unanimous decision win over Roxanne Modafferi at UFC 266 in September.