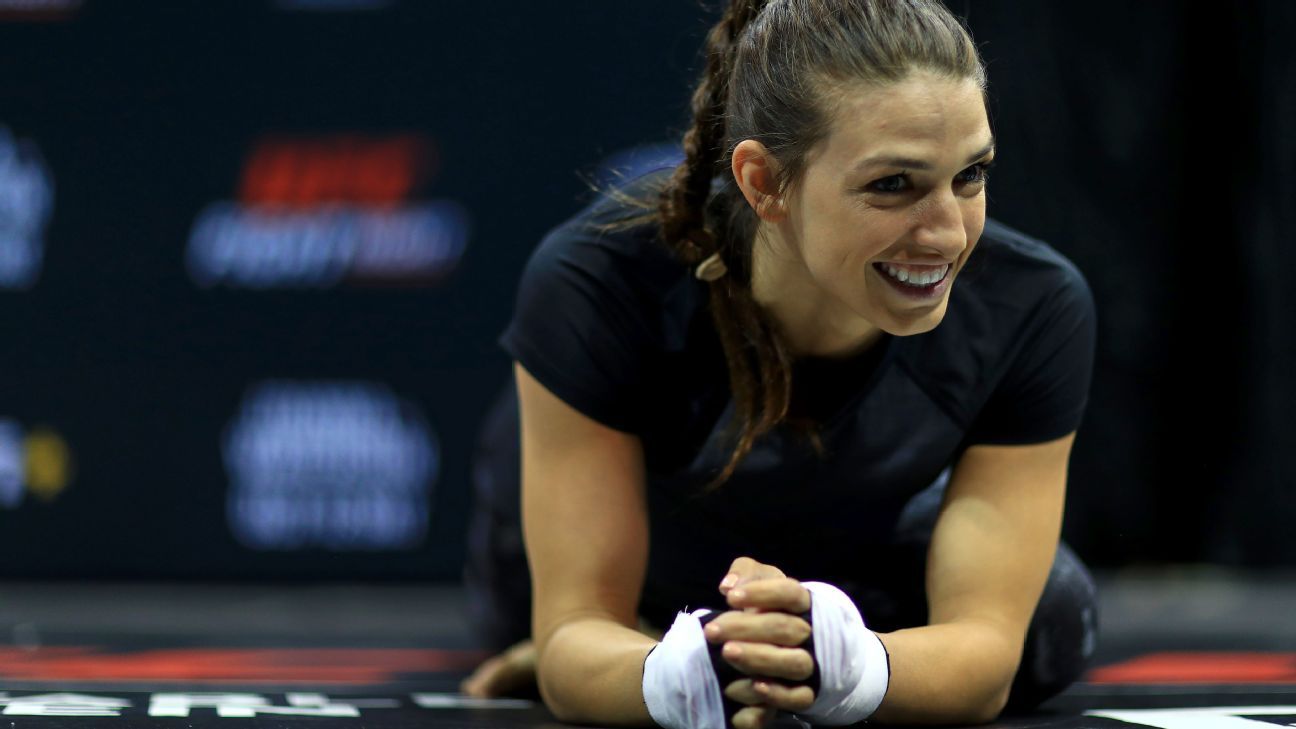 When Brazilian jiu-jitsu black belt Mackenzie Dern made her full transition into mixed martial arts in 2016, the sheer potential of it was intoxicating.

Granted, so many things need to go right for any prospect to fully realize his or her potential, but in the case of Dern, her submission grappling is at such a high level, it’s the kind of trump card that can turn a prospect into a contender into a champion.

Five years into her professional career, things are going right for Dern. The 28-year-old will ride a four-fight win streak into her first UFC main event on Saturday, when she meets Marina Rodriguez at UFC Fight Night inside the Apex in Las Vegas (1:30 p.m. ET on ESPN+). A win would solidify Dern as a top-five contender at strawweight, and potentially even bolster her into the top three.

Everything seems to be clicking for Dern, who has recorded first-round submissions in three of her last four appearances. She’s created a perfect partnership with head coach Jason Parillo, who has coached multiple former UFC champions, including BJ Penn, Tito Ortiz, Michael Bisping, Rafael dos Anjos and Luke Rockhold.

She’s shown a great deal of maturity and discipline in recent years, after early struggles with things like work ethic and weight management. She has set her goals high — just this week, she spoke on the possibility of an eventual flyweight title fight against Valentina Shevchenko — but she’s also grounded and realistic. She’s not in a rush to win a title.

Dern (11-1) faces her toughest test to date in Rodriguez (14-1-2), a 34-year-old Brazilian. She is coming off a five-round main event against Michelle Waterson in May. Rodriguez is one of the top strikers in the division — an area in which Dern is still a work in progress — and she’ll hold a height and reach advantage in this matchup.

Rodriguez is the UFC’s No. 6-ranked strawweight entering the weekend, and she’s an intriguing title challenger in her own right. But there is no question that this stage is set for Dern to take the next step, to continue her development and path towards a potential UFC title.

When you transition into MMA with Dern’s kind of background and accomplishments — she’s a multiple-time jiu-jitsu world champion — those are the expectations. Not that everyone believed Dern was a shoo-in for a UFC title the moment she put on a pair of MMA gloves, but it also felt like a real possibility. And it’s only feeling more and more real with every fight.

4: First-round submissions by Dern, the most by a woman in UFC history, giving her an average fight time of 8:22, the third-shortest in the history of the strawweight division (minimum five fights). Dern, a multiple-time jiu-jitsu world champion, earned her four submissions using three techniques: rear naked choke, armbar and kneebar. Her kneebar of Hannah Cifers in May 2020 was the first leg-lock submission in women’s UFC history.

48.9: Percentage of Rodriguez’s significant strike attempts that hit their target, the third-highest accuracy rate among active UFC strawweights (minimum five UFC fights and 350 attempts). Only Angela Hill (50.1%) and Joanna Jedrzejczyk (49.4%) have been more on the mark.

And one more number of interest … 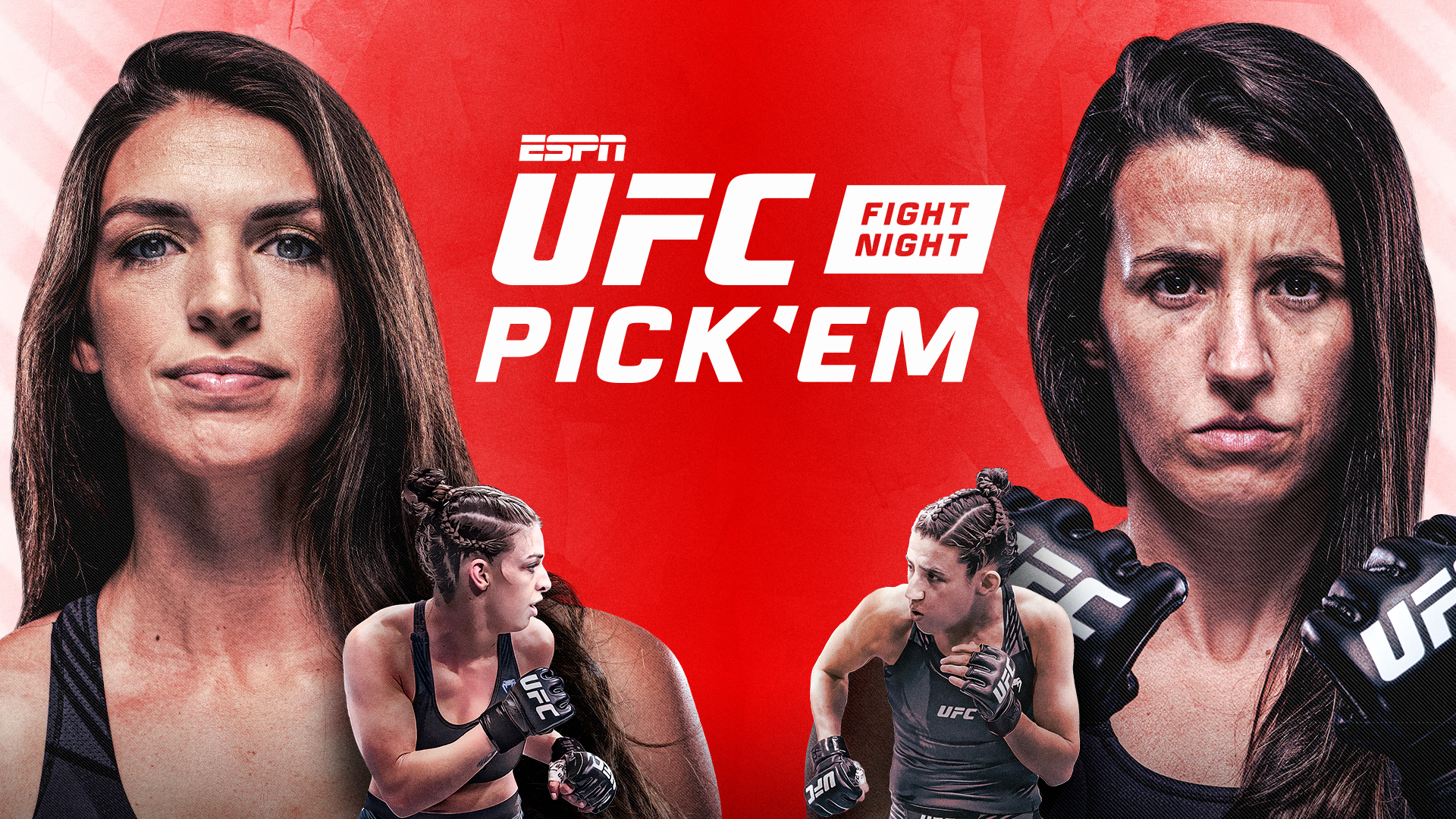 Play for a chance to win a streaming of UFC 268 for FREE! Make Your Picks

After three straight losses, the seasoned veteran Elliot bounced back in a nice way by getting back-to-back victories over Ryan Benoit and Jordan Espinosa. In his most recent fight, Elliot’s forward pressure with his striking and top game was too much for Espinosa to handle. Where Elliot has struggled is in allowing takedowns too easily and being too comfortable fighting off of his back. He also has a tendency, due to his confidence in his ground game, to allow himself into compromising positions, which has gotten him in trouble.

If he allows Nicolau to dictate the pace and accepts his takedowns, Elliot will be in for a long night. Nicolau showed great poise in his last outing against Manel Kape. He stayed patient and did an excellent job of mixing his punches and calf kicks. He confused Kape, and then, when least expected, he got the fight to the floor. That is where he is at his best. I expect a similar game plan against Elliot. I believe Nicolau is the better striker (speed, power and efficiency), and if he can put Elliot on his back, he can walk away with another win, adding a great name to his resume. Pick: Matheus Nicolau at -190.

Watch all of the fights on ESPN+. Download the ESPN App

1. Randy Brown, who faces Jared Gooden, will be seeking to become 10th welterweight in UFC history with four submission victories. Gooden is a finisher, too, with 14 of them in 18 career wins.

2. Tim Elliott is a familiar face. His fight with Matheus Nicolau will be his 15th fight in the UFC’s flyweight division, which will tie former champion Demetrious Johnson for third most in the division’s history, behind Joseph Benavidez (19) and Jussier Formiga (16).

3. Sabina Mazo lands 6.56 strikes per minute, the second best average among women in the UFC, behind only Joanne Calderwood (6.75). Mazo faces flyweight Mariya Agapova, who has not fought since losing to Shana Dobson in an August 2020 bout in which Agapova was a -1500 betting favorite — the heaviest odds by a losing favorite in the UFC since 2007.

5. Heavyweight Alexandr Romanov is 14-0, with all finishes (8 KO/TKO, 5 submissions) prior to his most recent outing, a split-decision victory in April. Romanov faces Jared Vanderaa.