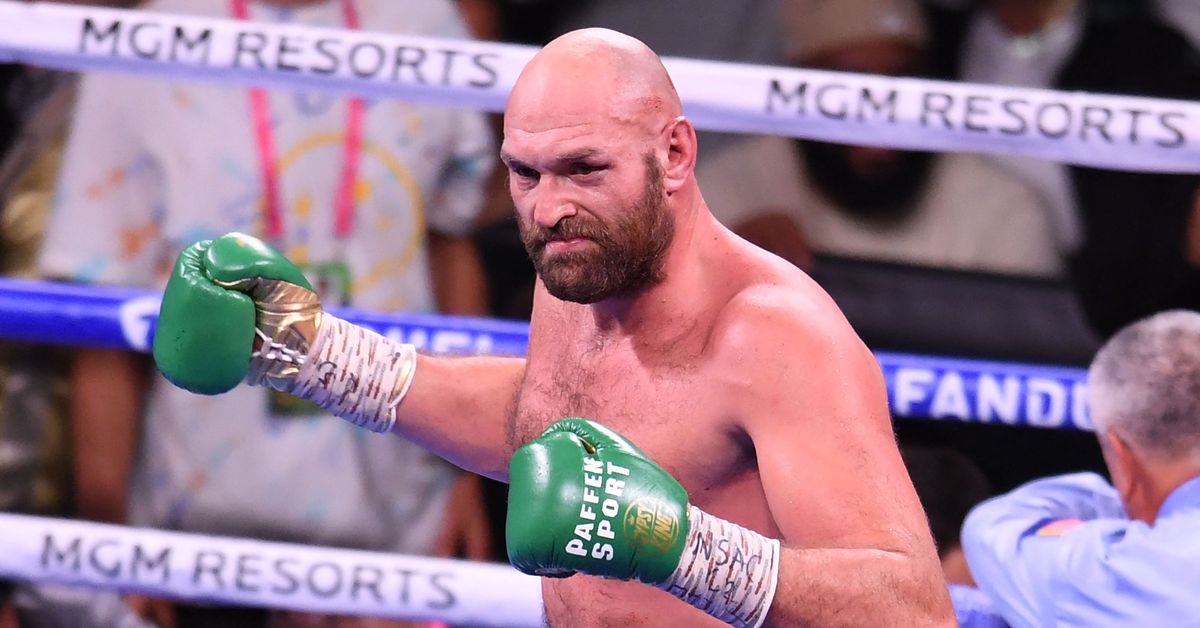 For all the trash talk going into this third and most likely final fight between Tyson Fury and Deontay Wilder, at least Tyson Fury was looking to show some respect in the ring following his 11th round knockout win (watch the highlights and finish here).

But according to Fury, Wilder wanted nothing of it. The “Bronze Bomber” had accused Fury of cheating in the past and had to go to arbitration to force a third fight, and apparently there’s too much bad blood on his side to show some respect following what was an epic back and forth battle.

In the locker room minutes after the win, Tyson Fury seemed particularly annoyed that Wilder refused to show any sportsmanship.

“I went to say well done to him and he wouldn’t have any of it,” Fury said in a video captured by IFL TV. “The man’s a sore loser and a proper s—thouse. That’s the true heart of a cowardly man. When he won’t shake a better man’s hand. Not once but three times I’ve beat him. Today wasn’t me greatest night. Two years out of the ring, wasn’t all there completely. But I still done enough to be victorious and showed heart and balls like a lion.”

“If he’d have shook Tyson’s hand … but now, I’m disgusted with him,” Allcock said. “So he’s took away all that. I was there. I saw, he just didn’t acknowledge him. Listen: sore loser. And he’s spoiled it for himself. So whatever.”

“The Gypsy King” brought the situation up again during the Fury vs. Wilder 3 post-fight press conference.

“We fought like two warriors in there and I went over to shake his hand and say well done and he was like, ‘No, I don’t respect you,’” Fury said. “I was like, ‘How can you say I’ve cheated when you know in your own heart and your full team knows that you just got beat fair and square. So it’s just like he’s a sore loser in boxing, I’m sure he’s not the first one and he won’t be the last one. But, I’ve acted like a gentleman throughout my career and that’s all I can do as a man.”

Deontay Wilder was taken to the hospital immediately after the fight as a precautionary measure so we haven’t heard much from him. But in a statement to Boxing Scene, Wilder said “He came to lean on me, try to rough me up and he succeeded.”