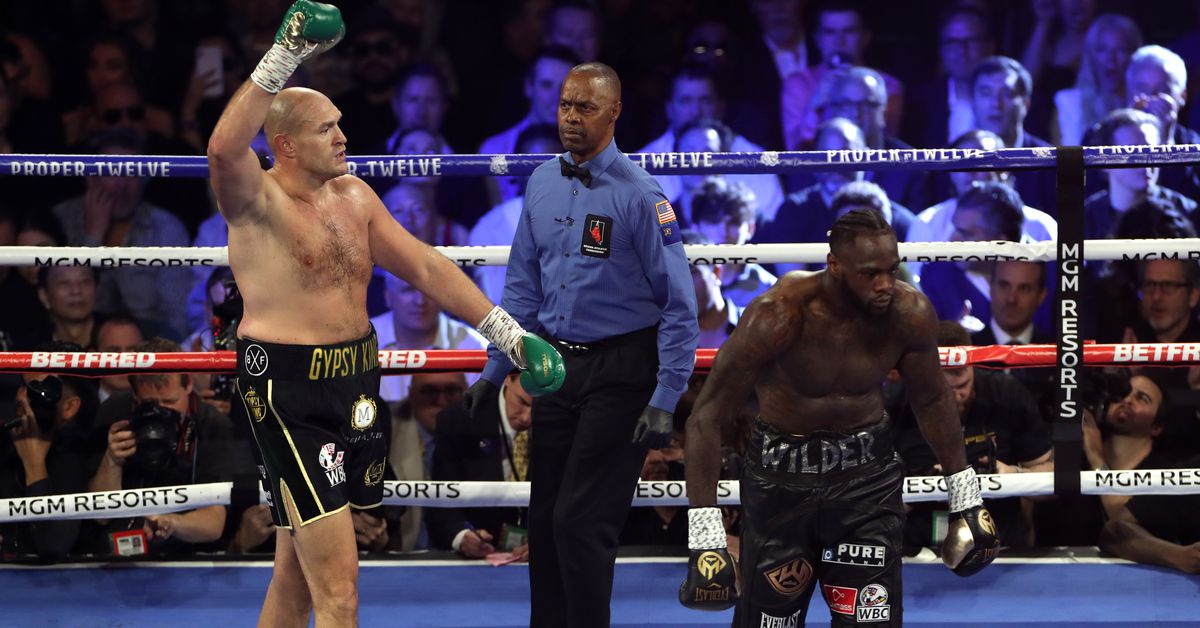 As soon as we saw the first round of their third fight, it was pretty clear Tyson Fury and Deontay Wilder wouldn’t need the judges to sort out who had won. And they didn’t: Fury KO’d Wilder at 1:10 of the 11th round to end their rivalry 2-0-1 (watch highlights).

It wasn’t easy, though. Wilder dropped Fury twice in the fourth round and looked close to keeping him down. Things looked pretty sketchy for “Gypsy King” in the following round, but then he got his legs back under him and went to work. After knockdowns in the third and tenth rounds, Fury landed a big right hand that dropped Wilder to the canvas.

There was no count, the ref waved the fight off.

So the question is: what would the scores have shown if things had gone to the judges? Well, here’s how they saw things coming into the eleventh round:

Dave Moretti had it 95-91 Fury, Tim Cheatham had it 94-92 Fury, and Steve Weisfeld had it 95-92 Fury. Not too much deviation in scores other than Cheatham giving round two to Wilder, while the other two judges gave it to Fury.

Given the ridiculous split draw that was handed out in California back when Wilder and Fury fought the first time in Dec. 2018, I know a lot of people were slightly worried. But, this time the judges seemed to have been doing their jobs … even if we didn’t eventually need them.