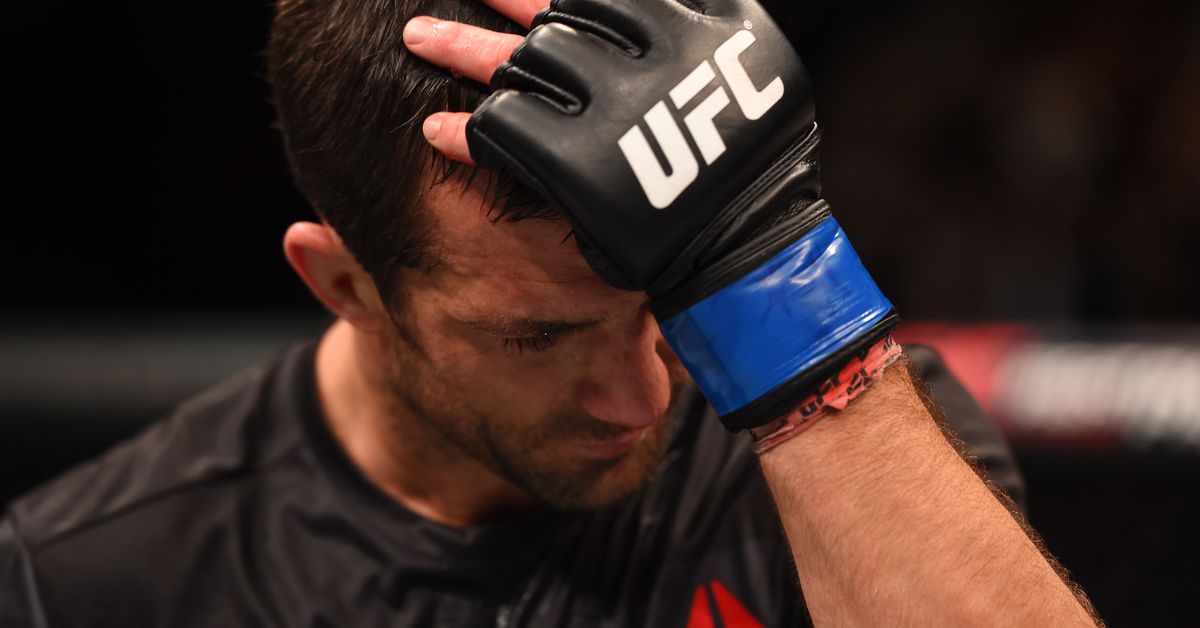 Times have been tough for former UFC Middleweight champion Luke Rockhold, and they don’t seem to be growing any easier.

After a single loss at 205 lbs. to eventual champion Jan Blachowicz, Rockhold vowed to return to Middleweight next. He accepted a bout vs. streaking contender Sean Strickland, and right away, trash talk started heating up between the two. Rockhold didn’t initially have much interest in the match up, but the war of words was definitely going to be a big selling point ahead of UFC 268 in November.

Unfortunately, that match up is not meant to be, at least for the moment. Rockhold revealed on his Instagram story that a herniated disc was forcing him from the contest.

“There’s no easy way to really say it, but the fight is off in New York,” Rockhold said (via MMAJunkie). “I ended up herniating a disc in my back. L4, L5. The docs say it’s nothing I can play with. I need to do some treatment and recovery time. Some things just aren’t meant to be. New York, motherf—king New York. I’m sorry to the friends and the peeps and everyone, but we’ll be back. Until next time.”

At the moment, Sean Strickland remains unbooked, and it’s not yet clear if he’ll face a replacement opponent or if the his bout vs. Rockhold will be delayed. Either way, it’s yet another obstacle for Rockhold’s return to primetime, as the 36-year-old veteran has only fought four times since 2016.

Damn it, I chuckled.

I think Tyson Fury might have finally earned the chance to fight me.

Anyone who is publicly involved in martial arts on social media can absolutely confirm the truth of this meme:

Anthony Johnson is going through a serious health issue. Here’s hoping he makes a full recovery!

Whole lot of domestic violence going around right now, which is uhh … pretty unfortunate to say the least.

Jordan Burroughs trashed his knee not long before his latest gold medal-winning performance.

Remember when Islam Makhachev (or whoever runs his Twitter) tried to imply that Rafael dos Anjos faked an injury?

I like the leg raise to close distance, but you definitely have to keep in mind that the other guy might just stand his ground and throw.

A knockout clip from nearly 50 years ago:

Up through the middle of the guard, then over and around it!

This is an amazing clip.