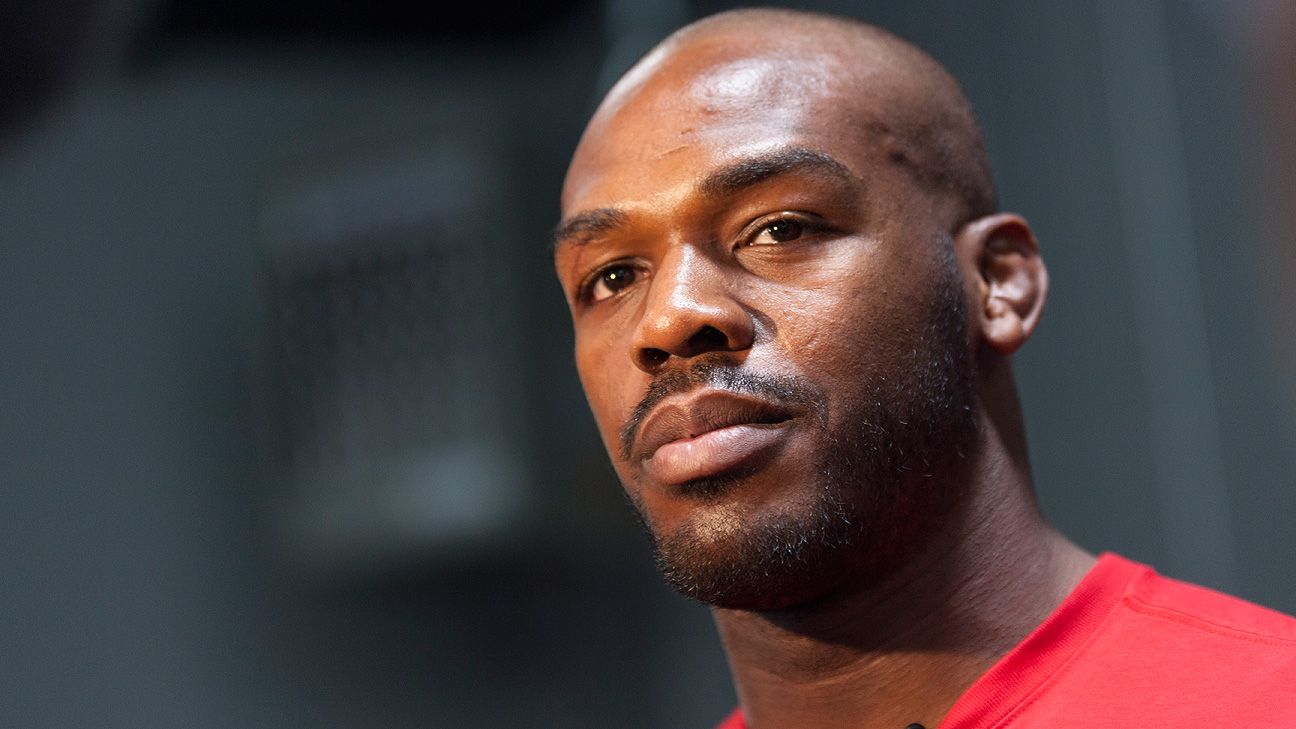 Jackson Wink MMA spokesperson James Hallinan wrote in a statement to ESPN that Jones is “temporarily suspended” from the Albuquerque, New Mexico, gym in the wake of charges of felony injuring or tampering with a vehicle and misdemeanor battery domestic violence. Jackson Wink coaches Greg Jackson and Brandon Gibson still plan to train Jones outside of the gym, provided he stays out of trouble.

“Jon Jones has been temporarily suspended from training with the Jackson Wink Academy team,” Hallinan’s statement read. “Coach Jackson and Coach Gibson will continue to train with Jon offsite as long as he keeps his commitment to a healthy and positive lifestyle.”

Jackson Wink MMA co-head coach Mike Winkeljohn first mentioned Jones’ suspension Wednesday on “The MMA Hour.” Jones had trained at Jackson Wink in the days after the arrest, but not as part of the full team.

“I said, ‘Jon, here’s the deal, man. You’re like my little brother. You have to stop drinking and fix these things for a certain period of time until you come back to the gym,'” Winkeljohn said on the show. “So, at the moment, he’s out of the gym. He’s not allowed to come in the gym, because I feel I had to do that. Ignoring it and expecting different results, as they say, is insanity.”

In a tweet that has been deleted, Jones expressed his disappointment, writing, “Had a heartbreaking conversation over the phone with one of my longtime coaches last night, really hurts to lose the support of someone I respect so much. Sincere thank you to the rest of the coaches for staying in the fight with me. Our journey continues.”

Jones, 34, allegedly “smashed his head onto the front hood” of a police vehicle, causing a medium-sized dent and paint chipping during his arrest in the early morning hours of Sept. 24, per the arrest report obtained by ESPN from the Las Vegas Metropolitan Police Department. Police were called by security at the Caesars Palace hotel when a woman informed them that Jones had gotten physical with her.

The woman, who ESPN is not identifying, told officers that Jones grabbed the back of her hair to prevent her from leaving a hotel room they were in but did not strike her. However, officers observed the woman with a swollen lower lip, a red mark on her upper right cheek and blood on her clothes as well as the hotel bed sheets.

In an interview with police, Jones denied ever touching the woman. He has a court date scheduled for Oct. 26 in Las Vegas.

Jones has had several run-ins with the law in the past, including multiple DUI arrests and a 2015 felony hit-and-run charge.

“I have way too much trauma to consume alcohol, my brain simply can’t handle it anymore,” Jones wrote on Instagram four days after the arrest. “I will leave alcohol in my past forever.”

UFC president Dana White has said, when asked about the case, that the organization will see how the matter plays out legally.