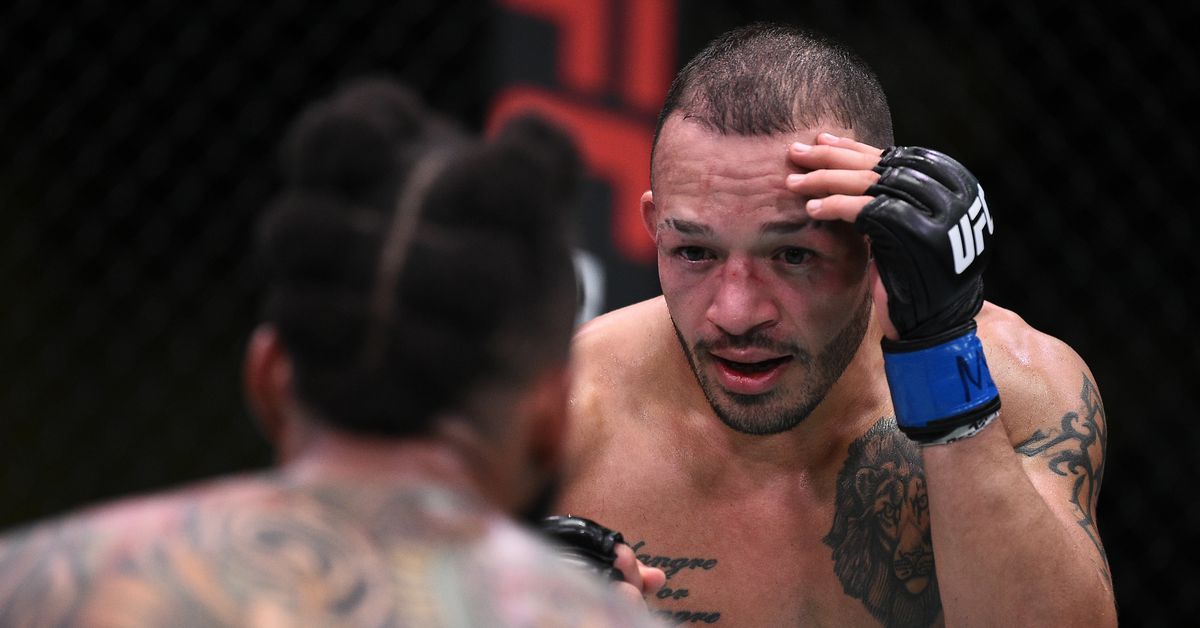 Rivera pled not guilty, citing insanity. He was granted a conditional release provided Rivera continues his bipolar medication, therapy, and remains under permanent supervision by his friends and family. When initially arrested, Rivera explained to police that he had been instructed by a “higher power” and been given the purpose of killing his sisters, the stabbing victims.

Court documents revealed a large amount of support for Rivera’s rehabilitation. His two sisters, the stabbing victims, came out in support of Rivera almost immediately, and they spoke on his behalf in court. Rivera’s manager, Ali Abdelaziz, also provided a written statement, while team mates Gilbert Burns and Sean Soriano offered to supervise the newly released Rivera. Doctors testified that Rivera’s actions were the results of an “acute episode of psychosis,” and testified that his condition has since stabilized.

All three of Irwin’s UFC bouts took place in 2020. He lost a short-notice debut opposite Giga Chikadze before splitting a pair of decisions to Andre Ewell and Ali AlQaisi. After his arrest, UFC released a statement promising to monitor the situation closely before offering Rivera any future fights, but at this time of writing, he is still technically a member of the UFC Bantamweight roster.

While I have no insight to offer about Donald Cerrone’s supposed mushroom use, I do know several fighters who micro dose prior to workouts on a fairly regular basis. I’m sure it happens for real fights too!

Gregor Gillespie vs. Arman Tsarukyan is not looking likely.

self proclaimed best wrestler in the division is worried that he will be outwrestled in our match, otherwise I don’t know what is the hold up and why he didn’t accept the offer yet

This is a cliché statement that’s always likely to backfire, but … someone is getting knocked out!

Joanna Jedrzejczyk ranks highly among the most violent blue belts on the planet.

For some reason, I think either Yana Kunitskaya or Thiago Santos are next up from the ATT roster to appear on AEW …

How’s everyone feel about the Aspen Ladd corner controversy? I don’t have a problem with an angry corner, but from my outside perspective, she looked closer to tears rather than all fired up afterward.

Getting blasted by an uppercut while barely alive and leaning against the Octagon fence never looks fun.

The rare inside shoulder look from within the triangle choke:

IMO: up kicks should always be allowed, regardless of whether or not the knee is down.

Some dude on the Internet keeps pouring molten aluminum on stuff, and now he’s famous on TikTok.

Midnight Music: There are many great stages to the career of Miles Davis, but his fusion period draws me back the most.