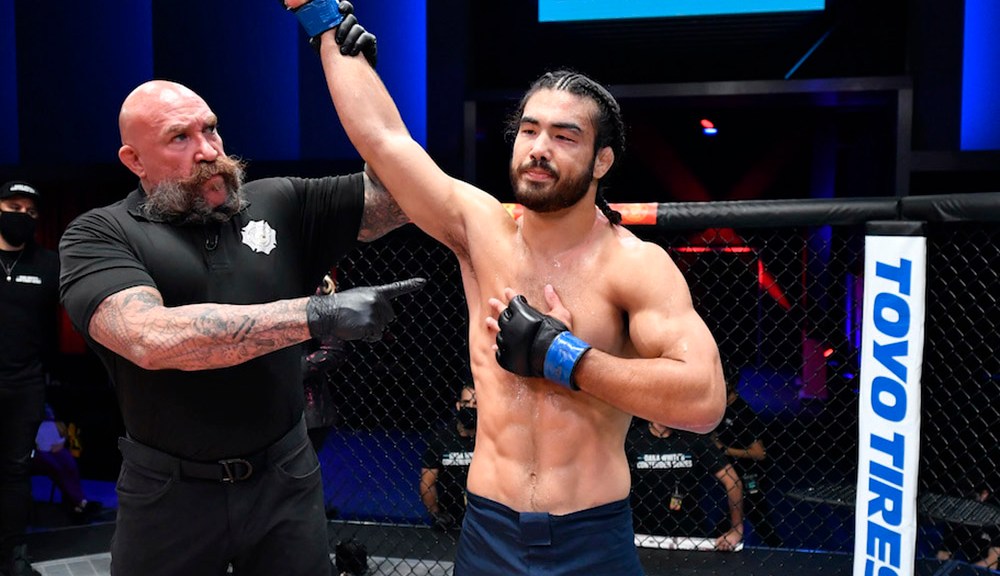 The Nevada Athletic Commission has overturned the result of a bout that earned a fighter a UFC contract.

As a result, Quinlan’s win was overturned to a no contest, he was suspended nine months retroactive to his positive urine test, and is required to pay a total of $795.36 in fines and legal fees. He will be eligible to return June 7, 2022, pending cooperation and completion of procedural sanctions.

Quinlan (5-0) wowed UFC president Dana White when he bowled over Long (5-1) with a 47-second knockout sequence. The performance earned him a UFC deal and a host of joyous expletives from Dana White.

It’s unclear if Quinlan’s UFC deal will be effected by the result being overturned.

There have been just two other instances of contract winners having wins overturned. On Season 1 in 2017, Kurt Holobaugh had his win against Matt Bessette overturned due to intravenous use – something Holobaugh claimed he disclosed going into the fight. On Season 2 in 2018, Anthony Hernandez had his win over Jordan Wright overturned when he tested positive for cannabis, a banned substance at the time. Both fighters served suspensions and paid fines, but they kept their UFC deals.

The UFC has not commented on the matter at this time.