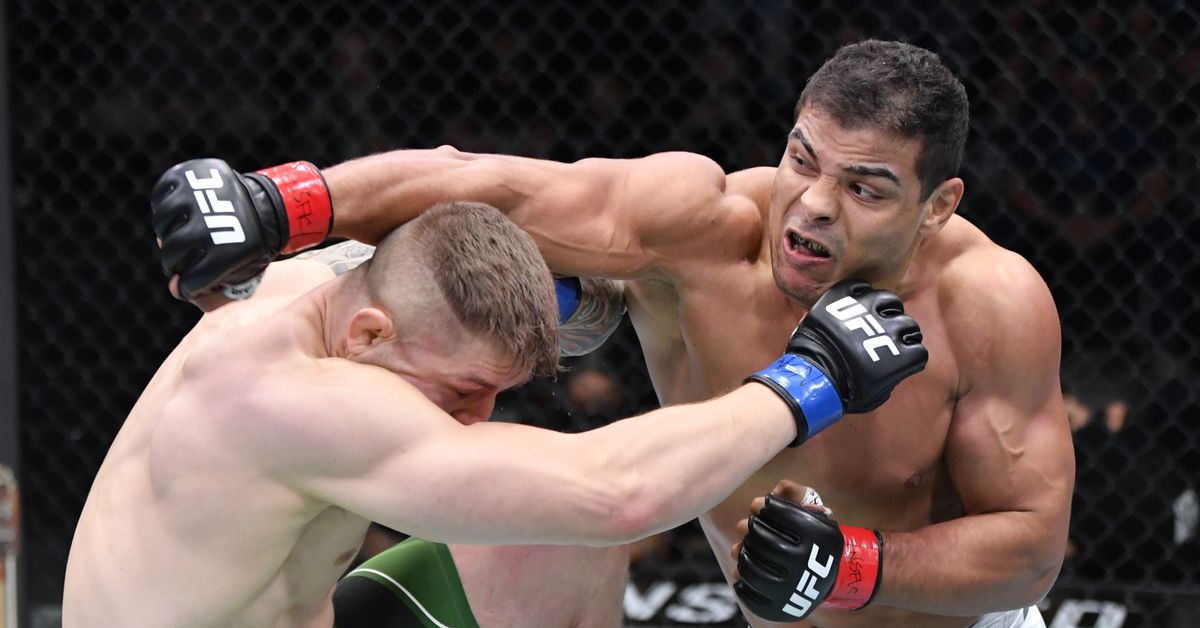 Marvin Vettori put a stamp on a turbulent week earlier tonight (Sat., Oct. 23, 2021) at UFC Vegas 41 live on ESPN+ from inside UFC Apex in Las Vegas, Nevada, when he outlasted Brazilian bruiser Paulo Costa in the main event.

Vettori commanded the early exchanges as Costa loaded up and didn’t land any of his patented punches. In fact, the Brazilian contender tired quicker than usual likely from the extra weight he carried during the fight. Costa regrouped in the second to land a brutal head kick that briefly wobbled Vettori, but Vettori proved too tough to put away. An accidental eye poke in the second also cost Costa a point.

Costa kept busy in the third frame with more leg kicks, but Vettori’s pressure was difficult to deal with. He peppered Costa with jabs, straight lefts, and combinations inside. “Eraser” did temporarily regain control with some power shots and a surprising takedown, but he ended up losing position when he attempted a guillotine choke.

Vettori pushed the action along the cage in the fourth for some dirty boxing, but Costa was game to exchange hard hooks to the body. Both fighters unloaded in the fifth frame as Costa dug in deep with more punches to the body. Vettori finally started to slow down, but he didn’t stop pushing Costa’s back into the cage to control him. In the end, it was Vettori who walked away with the unanimous decision nod.

Check out the full fight video highlights below courtesy of UFC/ESPN: