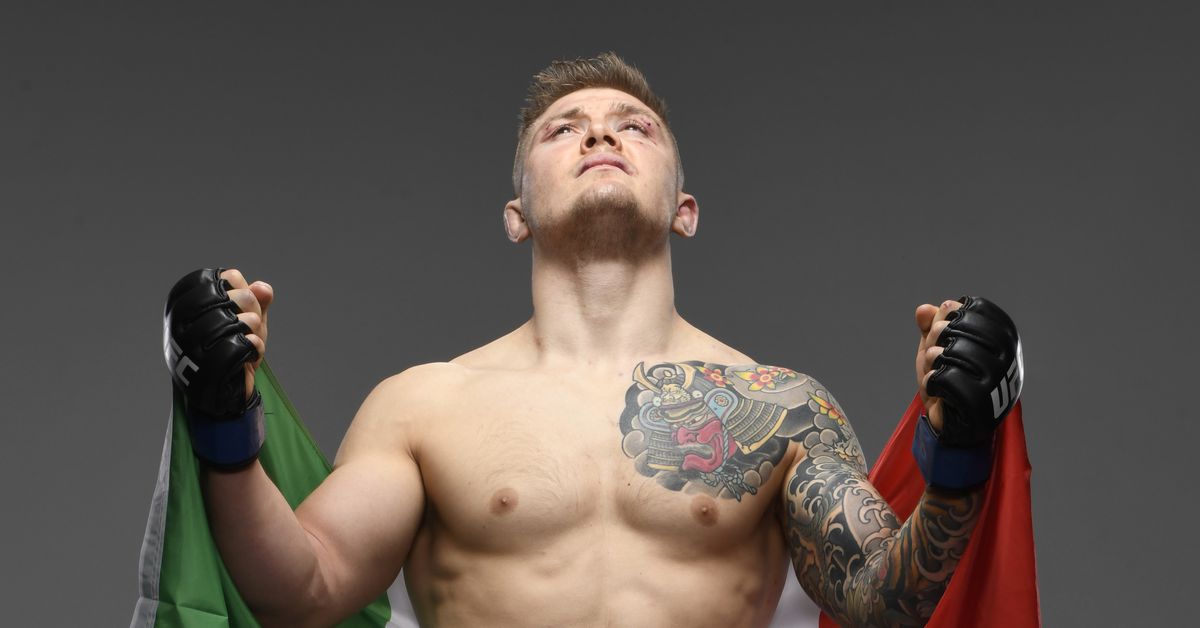 UFC Vegas 41 went down yesterday (Sat., Oct. 23, 2021) inside UFC Apex in Las Vegas, Nevada, which was headlined by a Light Heavyweight bout between Paulo Costa and Marvin Vettori. Once the dust settled after 25 minutes of hard-fought action, Vettori came out on top, sending Costa home with his second straight loss (highlights). In the co-main event, Grant Dawson and Rick Glenn fought to a majority draw after 15 minutes of cage time.

Who He Should Face Next: Winner of Cannonier vs Brunson

After finally getting his opportunity to put hands on Paulo Costa and silencing him, Vettori can now put the beefy Brazilian in his rear-view mirror and look forward to his next challenge. While it won’t be a title shot, Vettori could be one more big win away from another crack at the crown. Israel Adesanya and Robert Whittaker could be running it back in the near future, but Jared Cannonier and Derek Brunson are set to throw down at UFC 270 in 2022. I would love to see Vettori face the winner of that fight for a possible shot at the strap. Of course, if Brunson defeats Cannonier he could very well get a title shot soon after that. If it works out that way, then I’d like to see Vettori face the loser of Adesanya vs Whittaker.

After these two talented Lightweights fought to a a majority draw, it only makes sense to have them run it back as soon as possible. And it works out for both men because not only can they settle their score, but they can earn another payday this year.

Who He Should Fight Next: Ilia Topuria

Don’t look now but “Bruce Leeroy” is on the move after collecting his fifth straight win, submitting Seung Woo Choi in round number two after overcoming a vicious illegal knee in the opening round. Up next for Caceres, I am very much feeling a big time showdown against Topuria. In just three fights with the promotion Topuria has already earned the No. 10 spot after scoring big wins over the likes of Damon Jackson and Ryan Hall, both of which he won via first round knockout. This is the fight to make next because if Caceres can pull off the win, he could find himself in the Top 15. For Topuria, stopping the streak Caceres is currently on improves his stock.

Who He Should Face Next: Niko Price

Trinaldo got back in the win column by scoring an impressive win over Dwight Grant, though he had to work very hard for it, narrowly escaping with a split-decision win. Up next for the longtime veteran should be a fight against another O.G. of the Octagon in Price. “The Hybrid” is coming off a big win over Alex Oliveira, putting him back in the win column for the first time in two years. Both of these men are nowhere near the Top 15 at the moment, but if they can string together a few more wins, who knows what could happen.

Negumereauno scored a big knockout win over Ike Villanueva to move him to 2-1 inside the eight-sided cage. Up next for the hard-hitting striker should be a fight against Nchukwi, who is coming off a big win himself, defeating Mike Rodriguez last month to also improve to 2-1 under the UFC banner. Both men are still very young in their UFC careers so big fights won’t be on the table for quite some time. A showdown between these two up-and-comers makes sense all the way around.