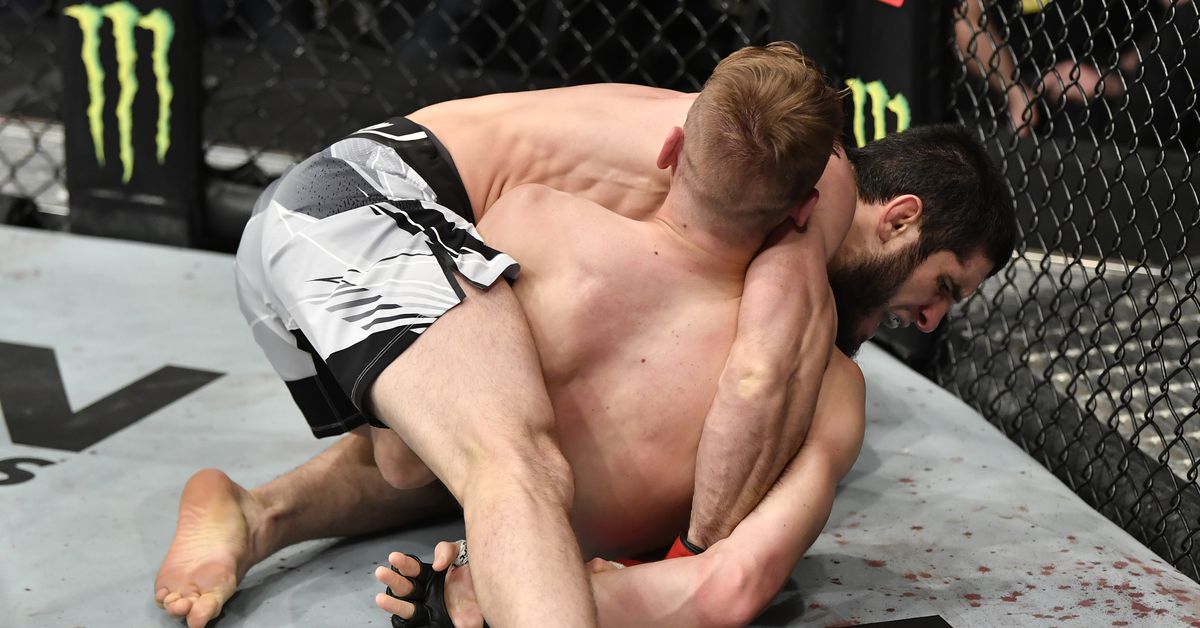 Islam Makhachev is gunning for gold after making quick work of Dan Hooker at UFC 267.

In his ninth consecutive win, Makhachev needed less than three minutes to put Hooker on the ground with an emphatic takedown and then he just continued to advance his position until setting up the fight ending submission. Makhachev grabbed onto the kimura and once he twisted the arm behind Hooker’s back, the New Zealand welterweight had no choice but to tap out or potentially risk serious injury.

“I knew when I take him down, I can finish anyone,” Makhachev said about his win. “My grappling level is better than everyone in the division. MMA ground game, I have the best in the division.”

It took less than a minute for Makhachev to throw a punch and then launch forward for a takedown as he planted Hooker on the mat directly in front of his corner where former lightweight champion Khabib Nurmagomedov was giving instructions.

Makhachev was methodical yet calculating with the way he passed through Hooker’s defense in order to set up the submission as he isolated the arm and then locked on the kimura.

Once Makhachev had his hands clasped, he lifted Hooker’s arm up and over to twist it around the back while also making sure he had his leg over the head, which prevented “The Hangman” from escaping.

A second later, Hooker was forced to tap out as Makhachev picked up another dominant victory — this time dispatching a top-10 ranked opponent.

“Now it’s time,” Makhachev said to the crowd in Abu Dhabi. “This guy is No. 6. [ranked in the UFC]. Now I have to talk. Nine fight win streak. I’m ready for a title fight. It doesn’t matter. This division is a little bit sleepy. I woke up this division.

“I’m coming to take this belt and keep this belt many years.”

With the lightweight title on the line at UFC 269 as Charles Oliveira faces Dustin Poirier in the main event, Makhachev will surely be keeping a close eye out to see if he could eventually challenge the winner.