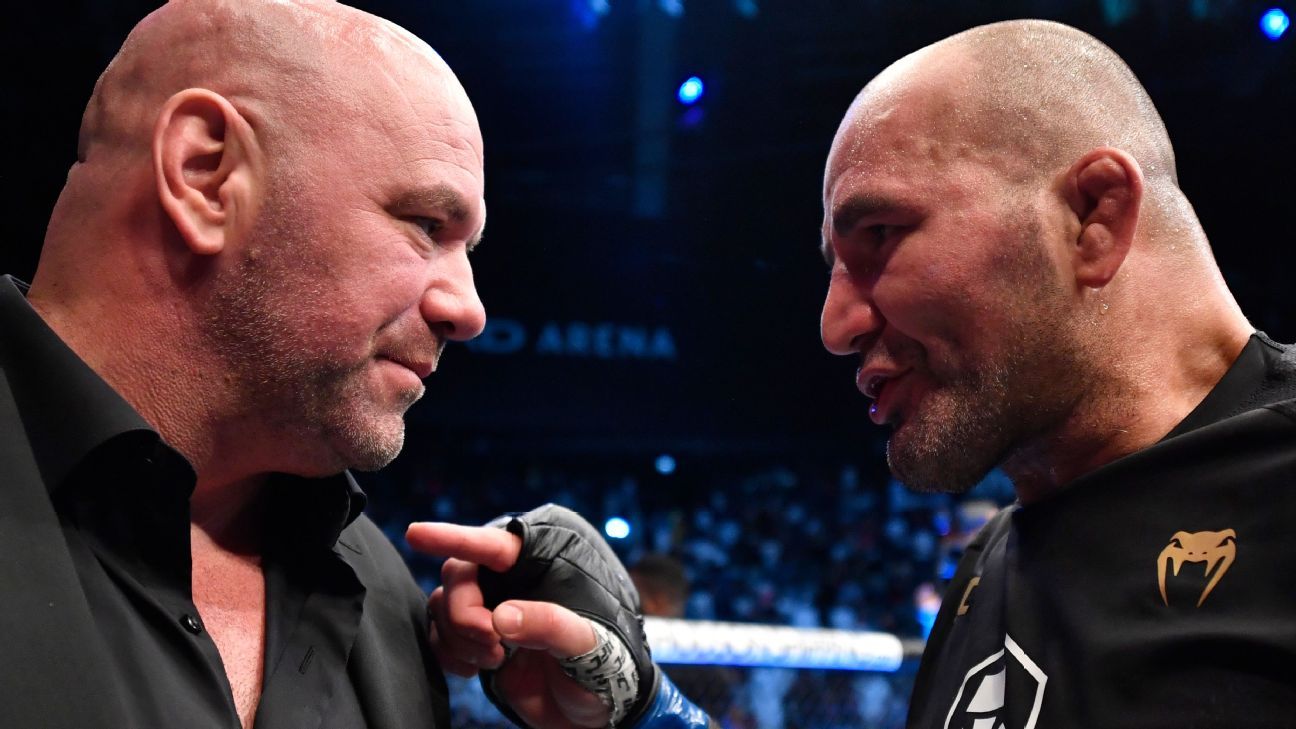 Glover Teixeira got a UFC light heavyweight title shot seven years ago and lost, like most everyone else does, to Jon Jones. At that point, Teixeira was already 34 years old and most wrote him off. He had his nice UFC run, many thought, and that would be it.

Instead, Teixeira got back to work and somehow made his way all the way back. On Saturday, he did what most thought impossible. Teixeira defeated Jan Blachowicz via submission (rear-naked choke) at 3:02 of the second round to win the UFC light heavyweight title in the main event of UFC 267 in Abu Dhabi. Teixeira was a +210 underdog, per Caesars Sportsbook.

At 42 years old, Teixeira is the oldest first-time champion in UFC history and the second-oldest fighter to win a UFC title, behind only Randy Couture. Teixeira joins Couture and Daniel Cormier as only the third UFC fighter to win a title at age 40 or older. The 14 UFC fights between Teixeira’s title loss to Jon Jones at UFC 172 on April 26, 2014, and Saturday, were the most between title shots in the same division in UFC history.

“Never give up on your dreams,” Teixeira said in his postfight interview. “No matter what people say, don’t listen to them. They’re gonna put you down. Don’t listen to those negative people. Believe in yourself.”

Teixeira took down Blachowicz in the first round and basically kept him there for the duration. In the second round, Blachowicz had success with his boxing. But Teixeira wobbled him with a left hook and then took him down again. This time, Teixeira was able to get mount, then take Blachowicz’s back and lock in the choke. “I’m breaking the rules — 42 years old,” Teixeira said. “I’m gonna keep breaking those rules.”

Teixeira (33-7) has won six straight and seven of his past eight, most recently before this weekend a third-round submission win over Thiago Santos in November 2020. The Brazil native has 28 finishes in 33 career victories. Teixeira, a Connecticut resident, has been considered one of the top light heavyweights in the world for more than a decade, an incredible stretch of consistency and quality. He has the most finishes (13) and submission victories (7) in UFC light heavyweight history. Teixeira’s 16 UFC light heavyweight wins are second most next to Jones (20).

“Glover Teixeira is and has been one of the toughest guys in the division for a very long time, this was his dream forever to get this title shot,” UFC president Dana White said. “He finally gets it and did it tonight.”

Blachowicz (28-9) was coming off his first title defense, a unanimous decision win over previously undefeated middleweight champion Israel Adesanya at UFC 259 on March 6. The native of Poland won the title vacated by Jones at UFC 253 in September 2020, a second-round TKO over Dominick Reyes. Blachowicz, 38, had won five straight and nine of his past 10 fights coming in. He is a former KSW light heavyweight champion.

“I think I left legendary Polish Power in the room,” Blachowicz said.

Teixeira has been a pro MMA fighter since 2002. In 2008, on the cusp of getting a call from the UFC, Teixeira had to leave the United States and go back to his home country of Brazil because he was living in the U.S. without legal permission. Due to visa issues, Teixeira was unable to come back to the U.S. for nearly four years and sign with the UFC — during his prime years athletically. He was already considered one of the best 205-pound fighters in the world — he was a main sparring partner of Chuck Liddell and Lyoto Machida — but was unable to prove it.

On Saturday, Teixeira said he would be returning to his childhood town of Sobralia, Minas Gerais, Brazil, with the UFC gold. “I told you guys I’m coming home with the belt,” Teixeira said. “And I am. The promise is done.”

“This guy never gave up,” White said. “All the adversity that he’s faced in his career and here at 42 years old, a few days after his birthday, he wins the title. It’s a pretty cool story. Couldn’t happen to a better guy, too.”