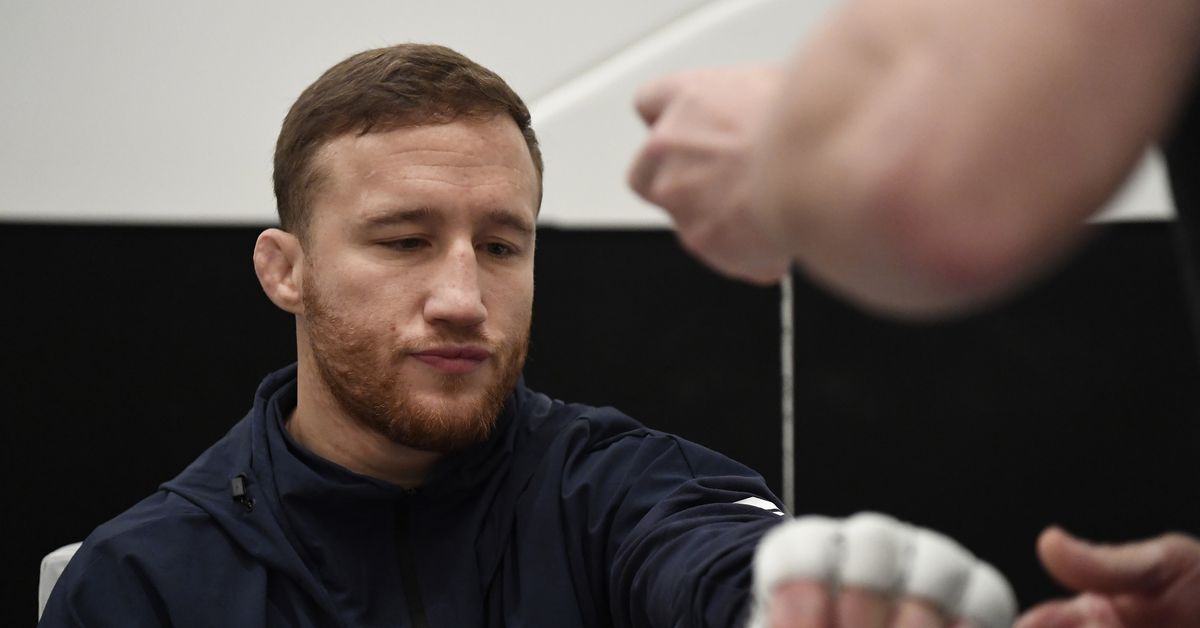 Al Iaquinta thinks Justin Gaethje should spend less time tagging fighters on Twitter before he gets tagged by Michael Chandler at UFC 268.

Gaethje vs. Chandler takes place on the main card of UFC 268, taking place inside Madison Square Garden in New York City, New York on Sat., Nov. 6 via ESPN+ pay-per-view (PPV). Iaquinta fights Bobby Green on the same card. “Raging” peels back the curtain on his recent Twitter spat with Gaethje ahead of Saturday’s card.

“I don’t know what his deal is,” Iaquinta tells MMAMania.com. “We were supposed to fight years back. They [UFC] wanted me to fight Justin Gaethje for like $40,000. That might even be high. It was like 40 [to show] and 40 [to win]. I was like, ‘I’m going to need some more money.’ I gave them a reasonable number to fight Justin Gaethje. Absolutely reasonable. It never ended up happening. I messaged Justin Gaethje in his [direct messages] on Twitter. I said, ‘Dude, don’t expect another fight. You said you’re going to fight me, we’re gonna fight. If you expect another fight that’s f—ked up.’ Sure enough the next day. He’s like, ‘Handle your own s—t,’ and he accepted a fight with James Vick.

“He’s not the smartest. Great fighter, but he’s not the smartest guy. Definitely, Twitter is not his thing. He’s asking me if I have a better manager. I have the best management in the game. I don’t know what his problem is. He probably had a bad training session. He’s fighting Michael Chandler,” he continues. “He’s got a lot in front of him. He should worry about himself. I don’t know why he’s commenting on your tweets pertaining to me. He’s going to have a tough night. I have a feeling he’s having a tough night and he’s going to wish he didn’t open his mouth on Twitter of all places.”

Iaquinta (14-6-1) has not competed since an Oct. 2019 unanimous decision loss to Dan Hooker in Melbourne, Australia. Iaquinta makes his Octagon return two years later in his home state.

“It feels normal, I guess,” Iaquinta says. “I didn’t feel right the last two years. Trying to get healthy, COVID. The last two years have been weird and crazy and just not good for me in a lot of ways. But in a lot of ways, it will be good in the end. It all led to this,” he shares. “Things came together at the right time and Madison Square Garden was announced. Bobby Green had, I thought he won that fight, a barnburner of a last fight. They offered me the fight. Everything lined up. This is where I want to be right now.”

Finished reading this story? The party doesn’t have to stop. Click here to get more exclusive interviews.