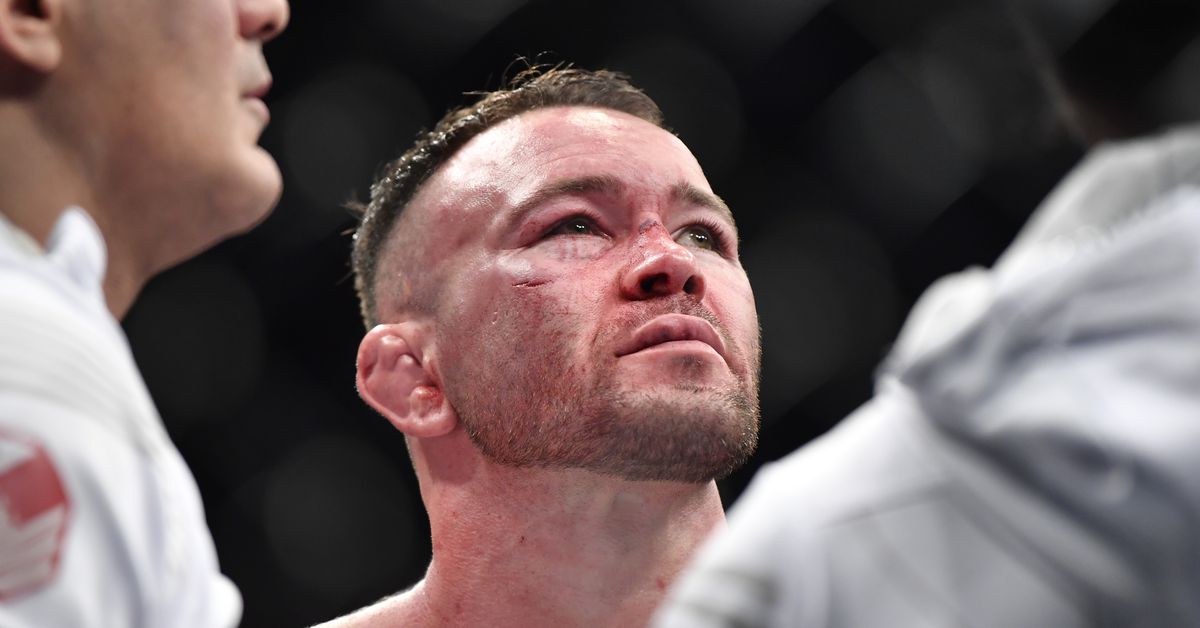 For a hot second, it looked like maybe Colby Covington and Kamaru Usman might bury the hatchet.

Usman had just pulled off what would be declared a solid decision win against Covington in their UFC 268 rematch, one that put him 2-0 over “Chaos” and pretty much put the kaibosh on Covington’s welterweight title aspirations for the immediate future. The two men came face to face with the referee hovering over them ready to step in should things go wrong. But shockingly enough, they didn’t.

Respectful words were exchanged, a handshake was shared, and referee Dan Miragliotta gruffly told them to ‘Go kiss later.’

“He’s a cheating coward,” Covington declared during the UFC 268 post-fight press conference. “I’ve got no respect for that guy. He’s cheated in multiple fights. He was holding my glove tonight against the cage. In the first round, I shot a takedown, he went bam, bam, twice to the back of my head. Dan Miragliotta is one of the top three best referees in the game. I told him ‘Don’t let this guy hit me in the back of the head!’ Watch the footage. He did!”

“That dazes you real quick,” Convington continued. “It caught me off guard. More tactics. You’ll never see me try to cheat. I got an unfair shake again, and I still think I got the job done.”

“I can’t respect a guy like that. Go look on YouTube! A guy dissected everything that he cheats on. You see the injection marks all over his stomach. The guy’s not a clean fighter. I’m a clean fighter.”

Funny enough, UFC 268 weekend marked another small milestone in Kamaru Usman’s impressive career: 50 clean tests with USADA. Here he is with the ugly ass jacket USADA hands out, jokingly declaring himself “The CEO of EPO.”

Not more than an hour removed from their second fight, and Colby is already angling for a third.

“I think we have unfinished business,” Covington said. “I’ll go five more rounds in the parking lot right now. I will see him again. I’m not done with him. I’ll fight whoever it takes to get back there. It was very close, whatever judge put it 49-46 is out of their f—king mind.”

What do you think, Maniacs? Did Colby Covington get a raw deal at UFC 268? And even if he did, is there any chance he gets a third crack at Marty Fakenewsman?

Undefeated Umar Nurmagomedov gets next UFC assignment, will face Raoni Barcelos in January
UFC 281 Embedded: Vlog Series – Episode 6
Cain Velasquez Submits Special Request While Out On Bail
PFL Championships live results
Derrick Lewis: ‘My Back is Against Wall. I Don’t Want to Lose 3 Fights In A Row’ | UFC Vegas 65