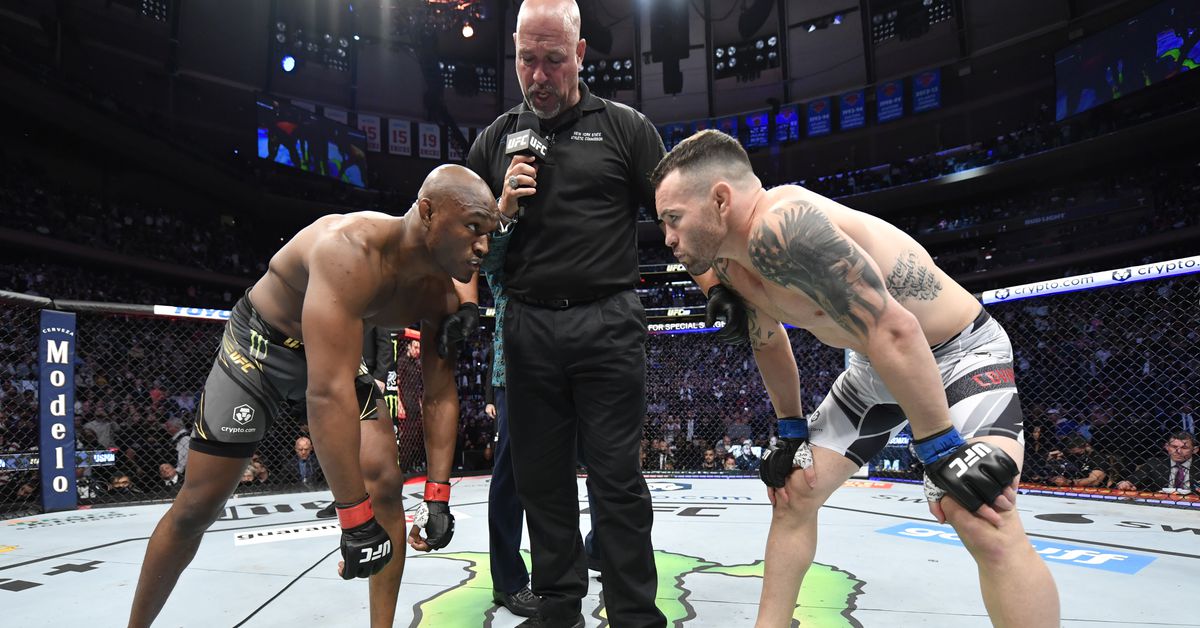 Now that he is up 2-0 on “Chaos,” it’s easy to assume that the rivalry between the two is gone for good. But if Covington can work his way up to another shot at the title, “The Nigerian Nightmare” is open to the possibility of a third fight between them.

“That guy’s tough,” Usman said during the post-fight presser (via MMA Fighting). “He’ll tune up a lot of guys in the division. We’ll see. It’s up to him. If he’s willing to do the work and get back up here and if I’m still here, then we’ll make it happen.”

Despite their bitterness toward one another, the two did have a moment immediately after the fight, shaking hands and sharing some words of respect inside the Octagon. Even though it was short-lived (see why here), there is no denying the two men respect one another.

In fact, Usman acknowledged Covington for pushing him to greater heights. And while he isn’t comparing himself to the late Muhammad Ali, he says having someone like Covington to push him is similar to how Joe Frasier did Ali during their rivalry.

“No disappointment. This guy’s tough as nails. This guy’s very, very tough,” said Usman about not getting the finish. “Let’s be honest, [Muhammad] Ali needed a [Joe] Frazier. All these guys, you can be the great one but there’s always going to be that one guy that’s going to be able to push you and he is that guy.

“As much of him outside the octagon that most people don’t like, myself included, you have to respect him as a competitor.”

Anyone think a third fight between these two competitors will happen one day, with or without the title on the line?

Michael Chandler Names New Money Fight Pitch Outside of McGregor
Sean O’Malley: ‘I know my next fight is for the title’
Best bets for the six $1 million PFL title fights
UFC Vegas 65 Bonuses: Four ‘Performance of the Night’ winners
Charles Johnson on Zhalgas Zhumagulov win at UFC Fight Night 215: ‘I felt like I won every round’