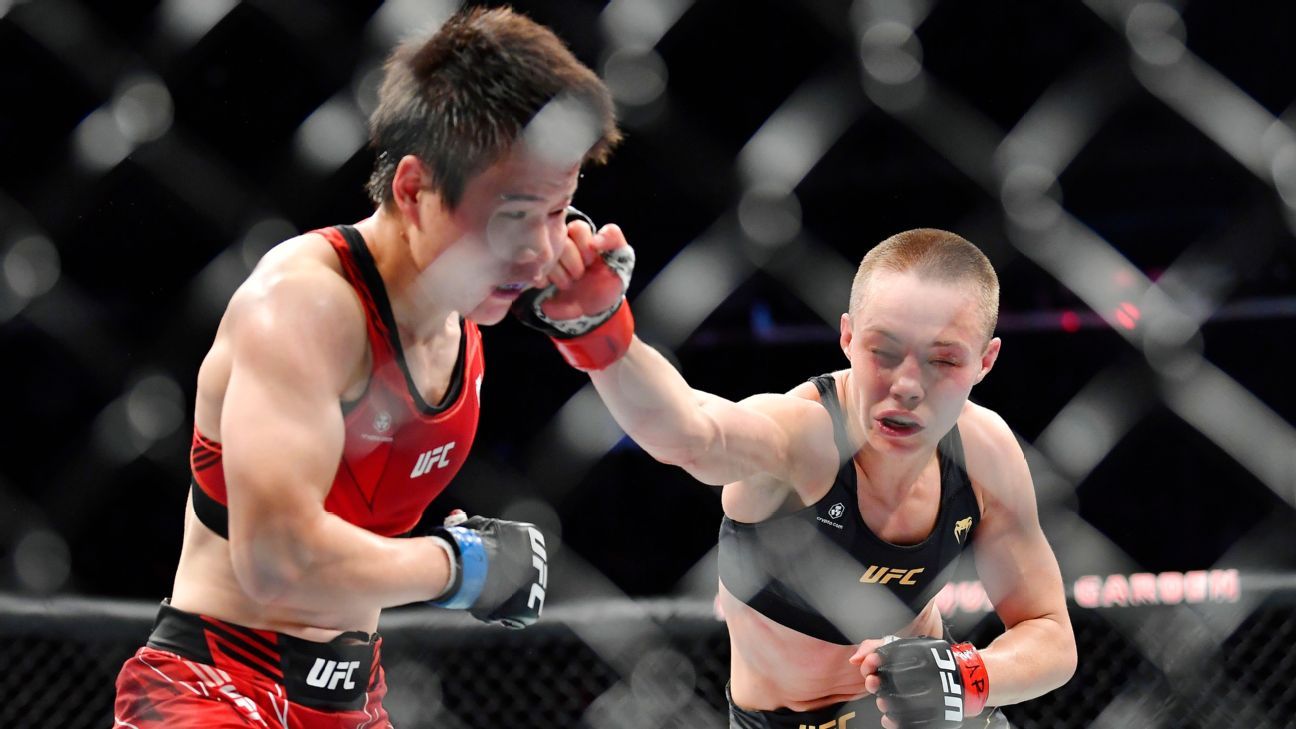 NEW YORK — Rose Namajunas successfully defended her strawweight crown on Saturday against Zhang Weili — the same woman she took the belt from back in April.

Saturday’s rematch, however, was a much different fight than the first. Namajunas (11-4) edged Zhang (21-3) by the slimmest of margins, as she earned a split decision in the co-main event of UFC 268 inside Madison Square Garden. Two judges scored it for Namajunas via scores of 49-46 and 48-47. A third scored it 48-47 for Zhang.

It was a much closer, more strategic fight than their first title bout earlier this year, when Namajunas knocked out Zhang with a head kick just 78 seconds in.

In a surprising twist, it was likely Namajunas’ wrestling that cemented the win. She secured key takedowns in the fourth and fifth rounds and racked up nearly double the amount of control time of Zhang. Zhang, of China, was known as the more physical force going in, but Namajunas’ slick takedowns and top control stood out in the championship rounds.

Zhang’s best work was arguably early. She targeted Namajunas’ legs with kicks in the opening round, and was successful in doing so. Namajunas’ lead left leg showed several red welts above the knee by the third round, and her movement seemed slightly compromised. Zhang also staggered her with a counter right hand in the second round.

Namajunas had her moments on the feet as well, though. She landed at a higher percentage than Zhang, and her boxing combinations consistently found a home both at range and when the two engaged in any prolonged exchanges. After the fight, Namajunas said she was confident she’d done enough to get the win.

New York has been good to Namajunas, especially Madison Square Garden. She won the UFC’s strawweight championship for the first time in this building in 2017, when she upset Joanna Jedrzejczyk via first-round knockout. She went on to defend the title once against Jedrzejczyk in 2018 in Brooklyn, before surrendering it to Jessica Andrade in 2019.

Zhang, 32, has now lost her last two bouts after winning 21 in a row previously.