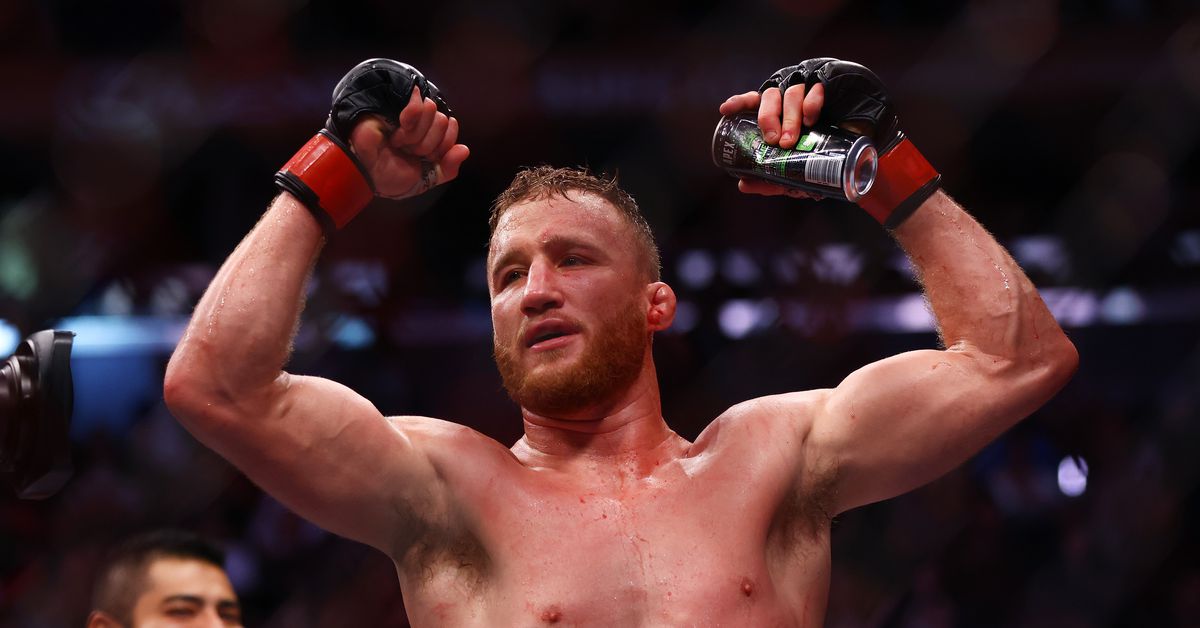 Michael Chandler and Justin Gaethje kicked off UFC 268 with a bang, engaging in a three round war that earned them Fight of the Night honors and entry into Fight of the Year discussions. At the end of the 15 minute war, Chandler was left a bleeding mess and Gaethje had his hand raised, winner of a 29–28, 29–28, 30–27 unanimous decision.

The bout was so wild that it threatened to overshadow the rest of the card. A great back and forth fight between Shane Burgos and Billy Quarantillo was largely overlooked, a victim of having to follow Chandler vs. Gaethje. Even the UFC commentators struggled to get back into the flow without slipping back into talk about the last fight.

Leading into UFC 268, Justin Gaethje made it very clear that he expected a lightweight title shot off a win. He was already pretty upset with the UFC after being overlooked when the promotion finally vacated its 155 pound belt — and made a match-up between Chandler and Charles Oliveira. So there were no words being minced as he prepared to fight Chandler in New York City.

“If I don’t get the shot, we riot,” Gaethje said during the UFC 268 media day. “We go to war. I have to be biased when it comes to this. I’m not going to be around here for much longer, so if I were to get snubbed again then, yeah, I’d have to do something about it. Whether that’s causing ruckus.”

Well, a ruckus may be required because UFC president Dana White was as non-committal as ever following the card.

“It makes sense, but we’ll see what happens,” White said. “I don’t make fights the night of the fight.”

Currently lined up in the lightweight title picture: a fight between champ Oliveira and Dustin Poirier at UFC 269 on December 11th. So the timing works quite nicely, and the only person above Gaethje in the rankings is Poirier.

On the cons side: Gaethje last fight before Chandler was for the title: his October 2020 loss to Khabib Nurmagomedov. And White is still trying to navigate the lightweight division out from under Khabib’s long shadow. A big part of Chandler and Oliveira fighting for the vacant title was the fact that neither had suffered an ass-whupping at the hands of the dominant Dagestani champion.

So will White bring Gaethje back in, or will he keep things dangling as other possibilities play out … like a fight between #3 and #4 ranked lightweights Beneil Dariush and Islam Makhachev.

Justin Gaethje already flipped his lid after seeing Daniel Cormier suggest Islam might jump Gaethje in line for a title shot. So prepare yourself for some rioting unless UFC brass locks Justin’s title shot down within the next week.