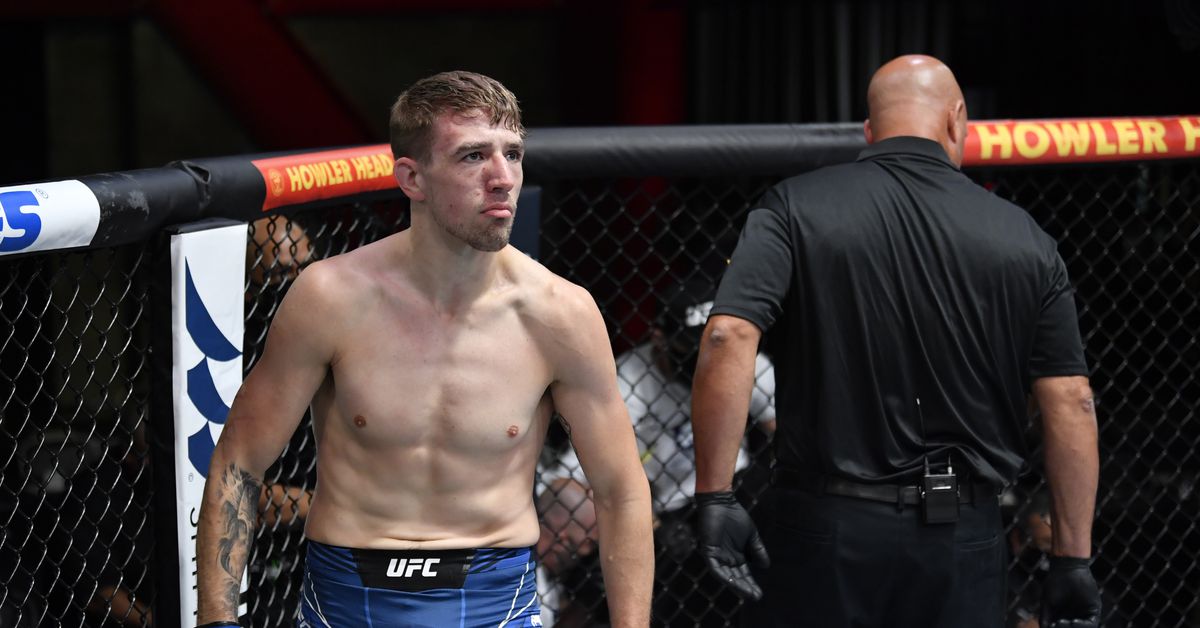 A middleweight fight between Kyle Daukaus and Roman Dolidze has been scrapped from Saturday’s upcoming UFC Vegas 42 card being held at the UFC APEX in Las Vegas.

Multiple sources confirmed to MMA Fighting that COVID-19 protocols related to Dolidze’s camp were ultimately the reason the fight was cancelled.

Unfortunately, due to the late timing of the change, Daukaus will not receive a replacement opponent on the card.

Daukaus was originally scheduled to face Kevin Holland in a rematch after their first fight ended in controversial fashion following an accidental clash of heads in the opening round.

After the fighters collided, Holland got the worst of it and was dazed but still defending himself as Daukaus blitzed him with punches before eventually locking on a fight-ending rear-naked choke. Referee Dan Miragliotta actually recognized the accidental clash of heads, but rather than pause the fight, he allowed the action to continue.

Once Daukaus wrapped up the submission, Miragliotta consulted instant replay and ultimately decided to declare the fight a no contest, which then led to the rematch being booked.

Sadly, Holland suffered a training injury that will keep him sidelined until 2022. That’s when Daukaus was booked against Dolidze, who lost his original opponent once Eryk Anders was also pulled from the card.

Now the new fight between Daukaus and Dolidze has been scrapped from the card as well.

UFC Vegas 42 will move forward with one less bout as featherweights Max Holloway and Yair Rodriguez are set to clash in the night’s main event.