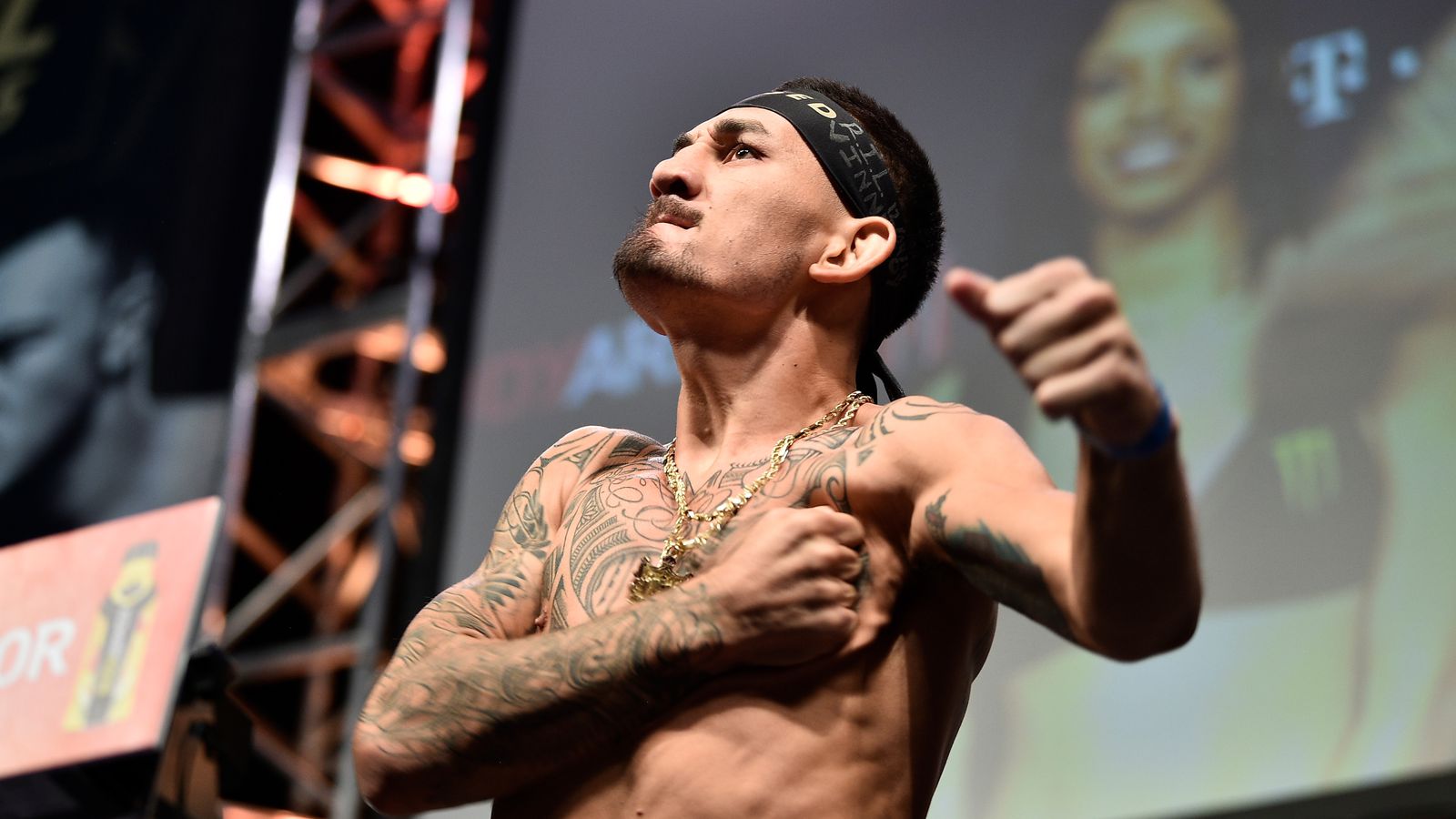 Ultimate Fighting Championship (UFC) is little more than 24 hours away from its upcoming UFC Vegas 42 mixed martial arts (MMA) event, headlined by a Featherweight showdown between Max Holloway and Yair Rodriguez this weekend (Sat., Nov. 13, 2021) on ESPN+ from inside the promotion’s APEX facility in Las Vegas, Nevada.

Before the televised action gets underway this weekend in “Sin City,” which also features the 265-pound co-main event between Heavyweight brawlers Marcos Rogerio de Lima and Ben Rothwell, all 24 fighters must hit the scale to prove themselves worthy.

The UFC Vegas 42 weigh ins will stream LIVE in the embedded video player above beginning promptly at 11 a.m. ET (8 a.m. PT). We’ll also have real-time text updates for the “Holloway vs. Rodriguez” weigh ins listed below, updated as they happen.

Remember that MMAmania.com will deliver LIVE round-by-round, blow-by-blow coverage of the entire UFC Vegas 42 fight card right here, starting with the ESPN+ “Prelims” matches, which are scheduled to begin at 1 p.m. ET, then the remaining main card balance on ESPN+ at 4 p.m. ET.

To check out the latest and greatest UFC Vegas 42: “Holloway vs. Rodriguez” news and notes be sure to hit up our comprehensive event archive right here.