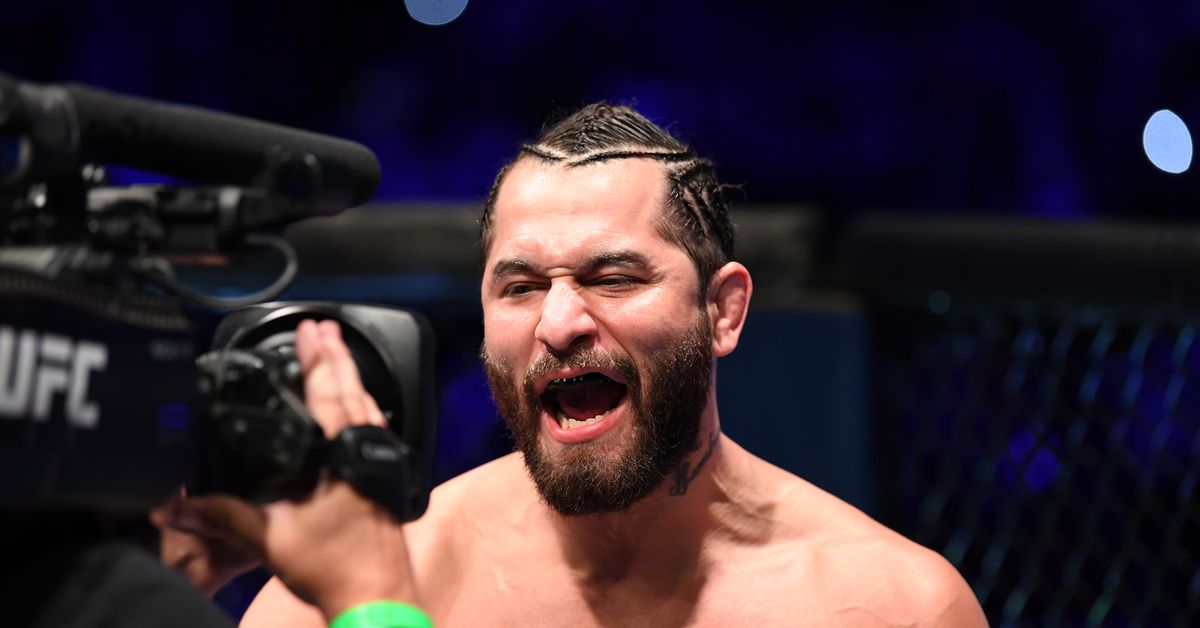 Jorge Masvidal wants to fight Leon Edwards in March after an undisclosed injury forced him to withdraw from their scheduled fight at UFC 269.

Motivated by what he said was “duty” and “integrity,” Edwards is Masvidal’s first target, but he’ll move on to face another top-five opponent, with Colby Covington a top choice.

“If [Edwards] says no, then I’m going to pass, then Colby’s b*tch-ass it is,” Masvidal said Wednesday on The MMA Hour.

Edwards called Masvidal a “fraud” in an interview with ESPN.com and accused him of taking the fight without intending to fulfill his side of the bargain. Masvidal countered that “history is on his side” and the very agreement he signed is the reason he wants to preserve the matchup for March.

“First time I’m coming off two losses, I’ve got to make sure I go in there healthy and well to give him my all,” Masvidal said. “If he wants to wait until Feburary or March, I can decapitate him on site for the world to see. If he doesn’t, what can I do? We will meet eventually.”

Thus far, the UFC welterweights’ only public meeting has been of the unsanctioned variety. Backstage at a UFC event in London, the two infamously traded punches after Edwards interrupted Masvidal’s post-fight interview. But an official octagon booking had to wait two years, after a pair of title fights went south for Masvidal and Edwards, owner of an 10-fight unbeaten streak, failed to impress against Nate Diaz.

Masvidal said he’ll avoid surgery for his injury but “can’t have impact” during his rehabilitation, which will put him on the sidelines for the next five or six weeks. Asked about a potential showdown with his rival Covington, who quickly seized on his UFC 269 withdrawal to call for a fight, he said his priority is Edwards.

With Edwards now calling for a title shot, Covington would appear a logical opponent for Masvidal, and MMA pundits quickly suggested framing the long-awaited grudge match between former teammates (and roommates) around the next season of The Ultimate Fighter. But Masvidal manager Kawa said the timeline for such an opportunity wouldn’t be ideal given the show’s filming window and subsequent training camp needed to prepare for a season-ending coach’s fight.

Masvidal wasn’t opposed to the idea of stepping in front of cameras opposite Covington. It wasn’t the most ideal setup, however. His experience as a contestant on the reality show “Exatlon Estados Unidos” taught him there’s little glamour in such a gig.

“Without money in my pocket, I don’t do anything,” he said. “I’ve done TV for a while, reality TV and all that stuff, and I know what this entails, and this is harder for me than being in the gym, because they’re saying to me, ‘Can you do that again? Can you eat like this?’ I’m like, bro, leave me the f*ck alone.

“I will have to have a nice, handsome reward if I’m doing sh*t like that. Six weeks? You gotta pay me if you want to see folks train with ‘Gamebred.’ If not, leave me at home, training.”

Masvidal will wait to see if Edwards is willing to take the fight in March. Otherwise, any top-five ranked opponent will do – the priority for “Gamebred” is stacking cash and staying at the top until he closes out his career in 2022 – but there’s a special place in his heart for Covington.

“I would like to address Leon’s bitch-ass first, and then we’ll take care of the fragile rat guy – now he’s changing his gimmick – now he’s a guy and sh*t,” Masvidal said. “[Kamaru] Usman beat his ass so hard, now he’s a nice guy. Wow, what a f*cking turn of events, huh? That f*cking coward.”