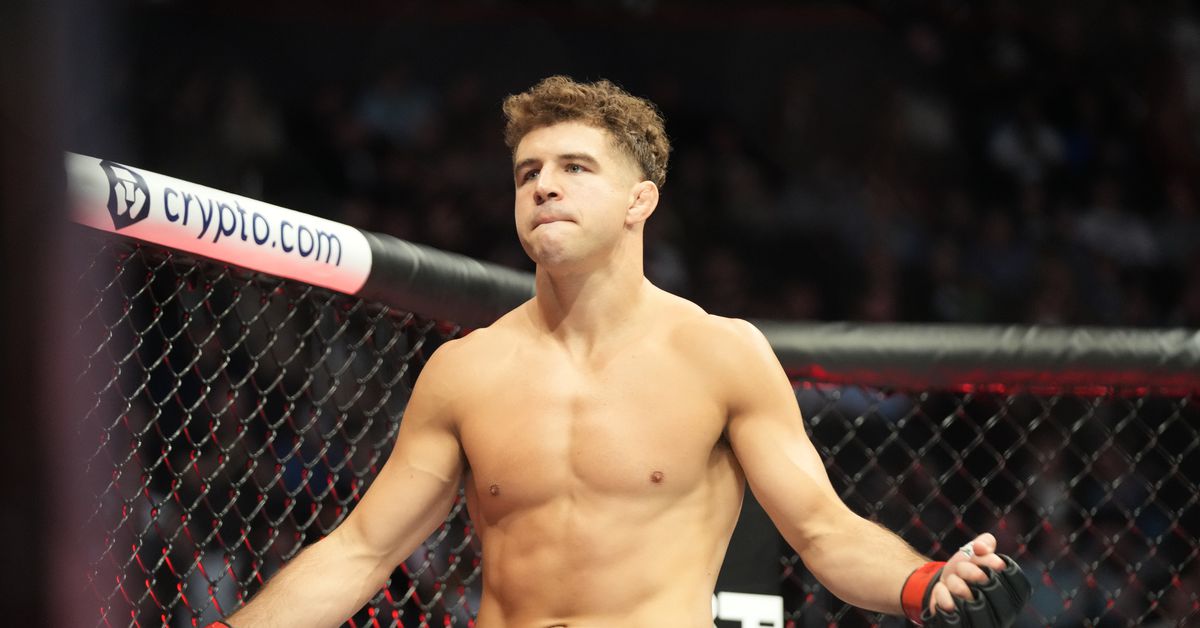 Al Iaquinta may have made his final walk to the Octagon at UFC 268.

The 34-year-old veteran’s first trip to the Octagon in over two years did not exactly go as planned. Almost immediately, Bobby Green figured out his timing and started landing counters. Iaquinta tried to pressure through and find his foe’s chin, but Green kept landing, and Iaquinta hit the canvas for good just before the midway point of the opening round.

Speaking on his “Call Me Al Show,” Iaquinta revealed that he’s very much considering the idea of retiring. Given the damage he’s already taken and likely to absorb if he continues, Iaquinta doesn’t believe fighting is worth it anymore.

Iaquinta explained further into his thought process, explaining that mentally he wasn’t fully committed or confident on fight night. In addition, Iaquinta wasn’t mentally ready to make the sacrifices that sometimes accompany a back-and-forth fight.

“To be honest with you, I don’t know, it was the first fight that I really gave up in,” Iaquinta said. “He didn’t knock me unconscious. I turned, and I covered up. I was still conscious, I knew what I was doing, but I kind of just wanted out. I realized he hit me hard, and it probably wasn’t gonna be a good night for me. I was not confident in my preparation. …

“It’s the first time in my career ever that I gave up in a fight. I used to watch people do that all the time, and I could never understand it. But at this point, it’s not life-changing money for me to go in there. When you’re younger, injuries happen and you heal. I’m 34 years old. You go in there, you get an injury, there’s a good shot it’s never gonna heal. Doctors, I used to think you get surgery, and they fix it. Doctors can fix anything. I don’t ever want to have surgery again.”

The Ultimate Fighter (TUF) runner up didn’t feel the correct spark ahead of time either, and again, it comes back to money for “Raging Al.” Iaquinta has vocally criticized UFC’s pay before, leading to long absences from competition, and it remains an issue.

“This is the first time in my career I was leading up to it thinking, ‘I just don’t want to get hurt,’” Iaquinta said. “You can’t have that attitude going into it. You’ve got to be a savage motherf*cker to really get in that cage. The mindset you’ve got to have is, ‘I don’t give a sh*t about my body.’ Back in the day, I could’ve broken my nose, anything, and I would’ve kept going. Now? Eh, I live in a nice house, I got investment properties, (the UFC) is not paying me enough to sacrifice my body for the rest of my life. That’s the way I kind of feel about it.”

If this is indeed the end of Iaquinta, he finishes his career with a professional record of 14-7-1. At his peak, Iaquinta won eight of nine fights in the talent-rich Lightweight division, resulting in an impromptu title fight vs. Khabib Nurmagomedov, which admittedly didn’t end well for the New Yorker.

Can Terrance McKinney score another quick finish this weekend?

A new Middleweight match up is booked for just two weeks from now.

Has One Championship finally put together this extremely long-awaited BJJ super fight?

Can we credit this knockdown to UFC’s popularity or the power of anime?

Overhand rights do not get much cleaner. The spit!

With Demian Maia released/retired, Rani Yahya is holding the banner for older jiu-jitsu specialists inside the UFC.

I’m not going to count this as one of tonight’s knockout clips (there’s always three in case you have not picked up on the trend), but I had to repost this clip because it’s endlessly funny.