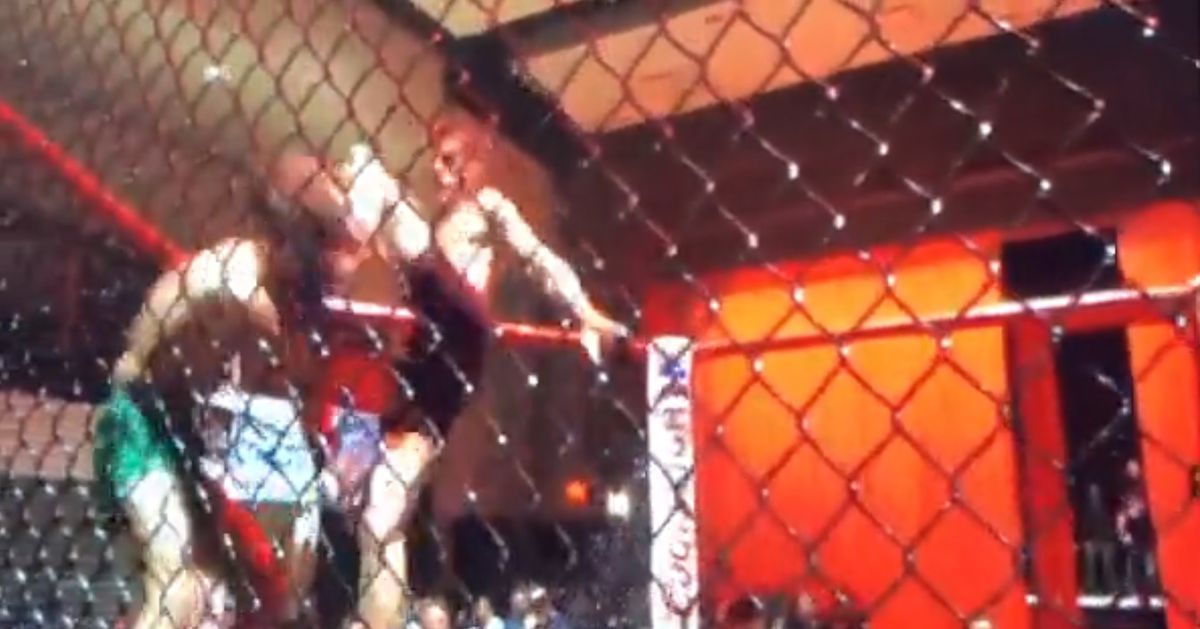 An amateur fighter experienced the best and the worst aspects of combat sports on Friday.

At a Captain’s Fight Club event in Fargo, N.D., featherweight Dylan Kiskila scored a fantastic head kick knockout on opponent Kai Duque. The finish went from being one to remember for all the right reasons to one that Kiskila would probably like to forget after he injured his leg seconds after the strike landed.

Watch the shocking highlight above, which can also be viewed on CFC’s Facebook.

According to the CFC post, Kiskila suffered a broken ankle.

It’s unclear exactly when the injury occurred as at first Kiskila was getting into position to follow-up on the strike, but as the referee jumped in for the stoppage, Kiskila’s left leg just gives out and he ends up seated on the mat next to his opponent. In the brief clip, it’s obvious that his ankle becomes twisted at an unnatural angle.