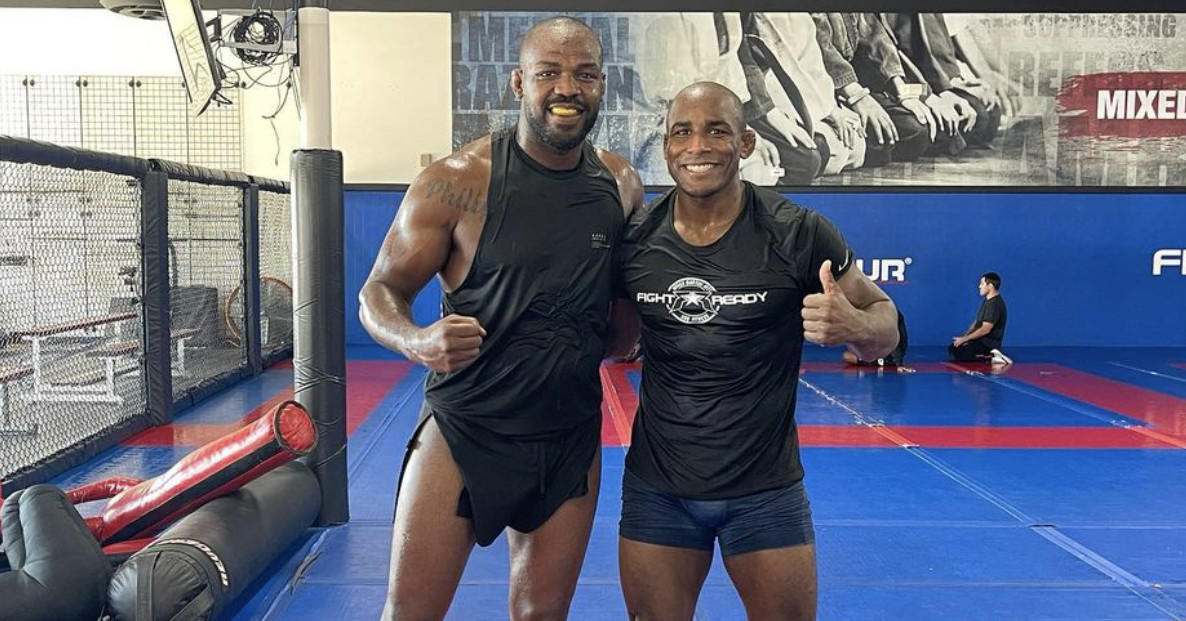 They say iron sharpens iron but it’s rare that UFC light heavyweight champion Jon Jones actually goes up against anybody who could be called his equal.

During a recent trip to Arizona where he was training alongside former two-division UFC champion Henry Cejudo and his Fight Ready team, Jones had the opportunity to spend some time on the mats with one of the top wrestlers in the United States.

2016 Olympic bronze medalist and two-time World Champion J’den Cox jumped on the mats with Jones on Saturday and they both posted videos from the training session.

Afterwards, Jones was happy to pay homage to Cox, a decorated collegiate wrestler out of the University of Missouri — the same program that produced former UFC champion Tyron Woodley as well as recent lightweight title challenger Michael Chandler.

“I need some milk, J’den Cox just served me up some serious humble pie,” Jones wrote on Twitter.

I need some milk, J’den Cox just served me up some serious humble pie

Cox is also one of the only Americans to hold a win over two-time Olympic medalist Kyle Snyder so his skills on the wrestling mats are undeniable. He also holds multiple victories over recent gold medalist David Taylor as well as fellow bronze medalist Kyle Dake.

“I had a great experience getting to wrestle and talk with Jon Jones,” Cox wrote on Instagram. “Also you can’t go wrong with hanging around Henry Cejudo! It’s fun being around legends.”

Jones responded to Cox’s post by showing gratitude for the training session.

“Today was amazing, thank you,” Jones said to Cox. “You are an inspiration man.”

In his most recent bronze medal performance at the 2021 World Championships of Wrestling, Cox competed in the 92-kilogram category, which is just under 203 pounds so it stands to reason that he’d be a test for Jones even as he prepares to fight at heavyweight in the near future.

In recent weeks, Jones has been training at multiple gyms after he decided to leave his former home at the Jackson-Wink Academy after head coach Mike Winkeljohn temporarily banned him from the facility following his arrest on domestic violence charges.

Jones has since started training with a separate gym affiliated solely with coach Greg Jackson in addition to his trip to Arizona to work with Cejudo and his coaching staff led by another wrestler in Eric Albarracin.