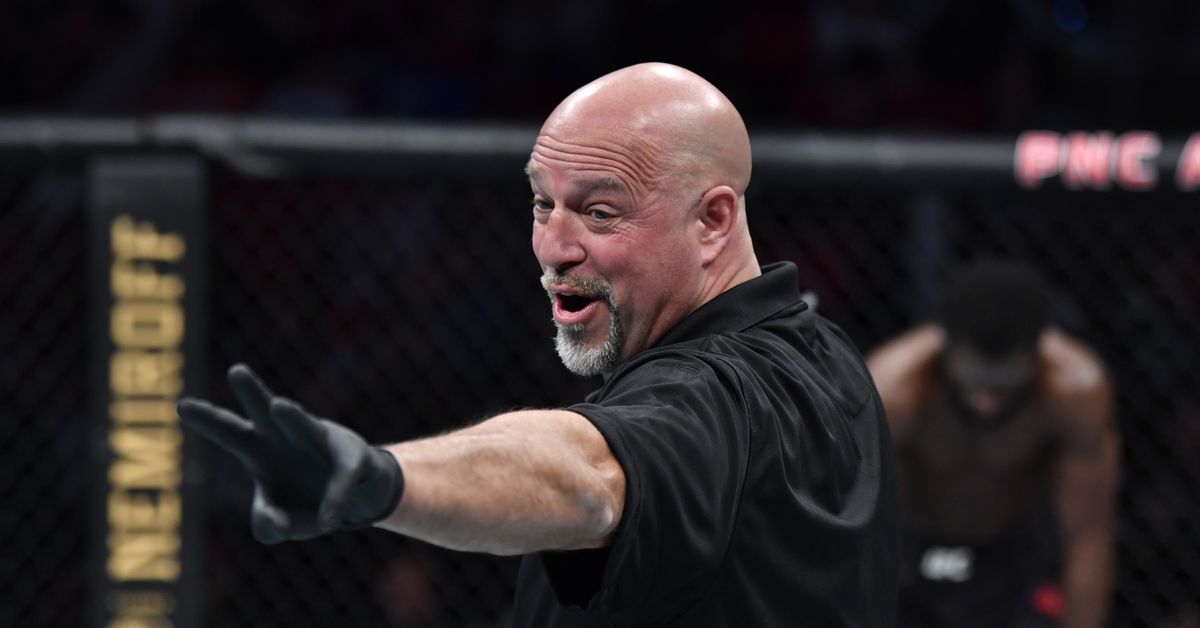 Frank Mir took a massive blow from opponent Kubrat Pulev in the Triad Combat main event last weekend in Texas, and according to the official ruleset, the former UFC champ had the opportunity to take a knee and make good use of a mandatory eight count.

In fact, nothing happened, prompting play-by-play man Ray Flores to shout, “What is Dan Miragliotta doing?!?”

At the same time, a visibly rattled Mir didn’t flop to the mat, either, so Miragliotta waited for Pulev to advance before making his next move. Keep in mind, the longtime man in black only had a split second to make a decision in the heat of battle.

“I was waiting for Pulev to come in,” Miragliotta told MMA Fighting. “That would have made it so much easier for me, because as soon as he would have made one step as if he would attack, I was in a position with my left shoulder and the left side of my body to bump him, push him out, and stop the fight. But he didn’t engage, he backed off, and that’s why I kept watching Mir. Then Mir didn’t go down and didn’t put his hands back up.”

Pulev appeared to be waiting for the same thing as everyone else — Mir to go down. When he didn’t, and Miragliotta kept the clock running, the Bulgarian bruiser lumbered forward to finish the job, facilitating a referee intervention — and finish by way of technical knockout.

“As soon as Pulev made that slight step, I stepped in and stopped the fight,” Miragliotta continued. “It was easy. I didn’t want to allow Pulev to come in and hit him again. But when Pulev backed out, I figured Mir has a chance to either go down and take that knee or put his hands up, and he didn’t do either one, so that’s why I stopped it.”

The loss dropped Mir to 0-2 under the Triller banner, having coughed up a decision to Steve Cunningham back in April.

Derrick Lewis: ‘My Back is Against Wall. I Don’t Want to Lose 3 Fights In A Row’ | UFC Vegas 65
Sources: Coach not allowed in corner amid probe
PFL World Championships weigh-in results
Sportsbooks Barred From Taking Bets On Fights Involving James Krause
Undefeated Umar Nurmagomedov gets next UFC assignment, will face Raoni Barcelos in January