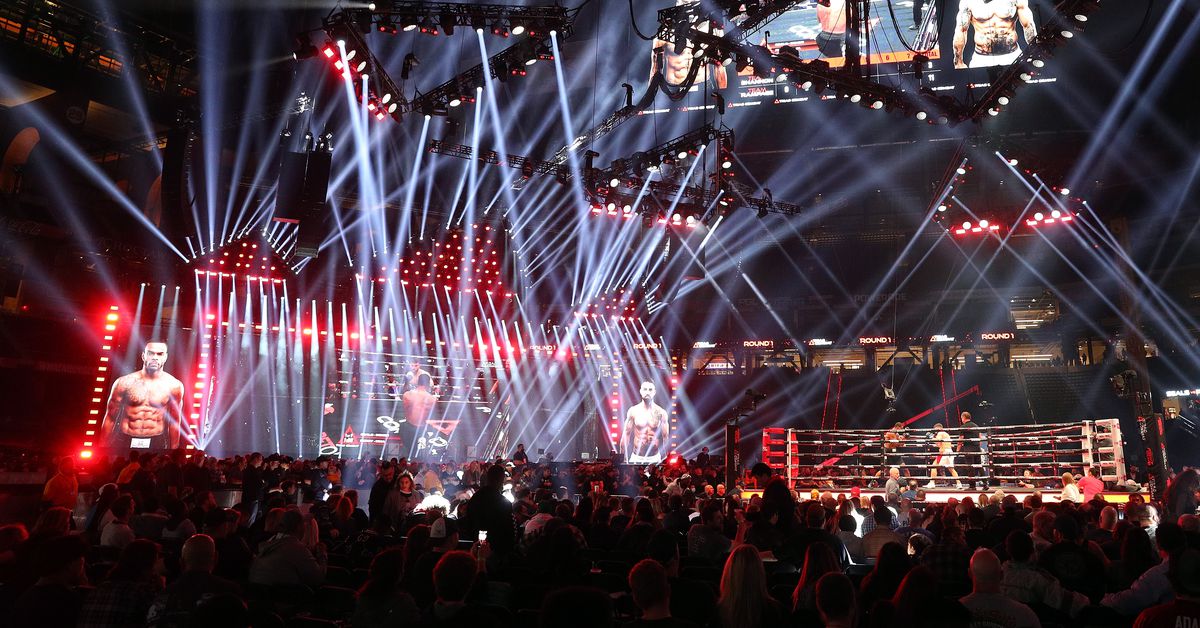 Triller Fight Club returned on Saturday night with another oddball night of combat sports, this time with their new sub-promotion Triad Combat (watch the highlights here). The concept: a triangular boxing ring where fighters box with smaller gloves and clinch fighting is allowed. The apparent idea is to give MMA fighters more of a fair chance against boxers in crossover affairs, because that’s the niche Triller is trying to build itself in.

That, and with ridiculously expensive concert experiences jammed in the middle of cards. Metallica led into the Triad Combat main event, while past acts include Justin Bieber, The Black Keys, and several other artists we’re way too old to even recognize as a big deal. Thus far each event looks like a total bonfire of venture capital money, but Triller execs seem convinced that you gotta spend money to make money in this biz.

During the event, they took a moment to interview Triller exec Ryan Kavanaugh, who mocked UFC president Dana White for holding such dry and dusty events focused on nothing but the fights.

“I did ask him [Dana White] if he wanted to come to learn how a proper production is done,” Kavanaugh said. “Because, you know, Dana’s idea of a proper production is throw up a little rusty ring. He will pay his fighters what we pay our ushers. You know, throw one little fight, have a guy knock the guy out, call it a night. This is what a production is… and I thought he might wanna come and learn a thing or two here. But, he can keep underpaying his fighters, taking home his own money and throwing up that rusty little ring.”

Okay, first let’s admit: the UFC’s production IS pretty boring. At this point they’ve honed their event production process to a point where it’s become cookie cutter. Spontaneous moments are rare. Most fun and fresh ideas get murdered in the crib if they get that far. Fighters aren’t allowed to spice up their entrances, goof around at the weigh-ins, or show much of a personality at all. So Kavanaugh has a point there.

But let’s not pretend what Triller is doing is ‘proper’ … we wouldn’t keep tuning in if it was. It’s the opposite of UFC, but not in the way Kavanaugh would like to depict it. It’s messy, wild, and ridiculous. It’s Snoop Dog and Donald Trump on commentary, it’s slapfights on the undercard hosted by Ric Flair. It’s Pete Davidson wandering around the event with a mic seemingly just as confused as we are. It’s wondering if the celebrity guests are coked up or merely drunk.

We’re loving the fact that Triller is splashing these athletes with cash, and we’re entertained by the hijinx that are going on. But a ‘proper production’ would be taking more care to make sure the elder statesmen of combat sports they’re booking aren’t going to get completely outmatched and annihilated in the ring or cage or triangle or whatever the hell.