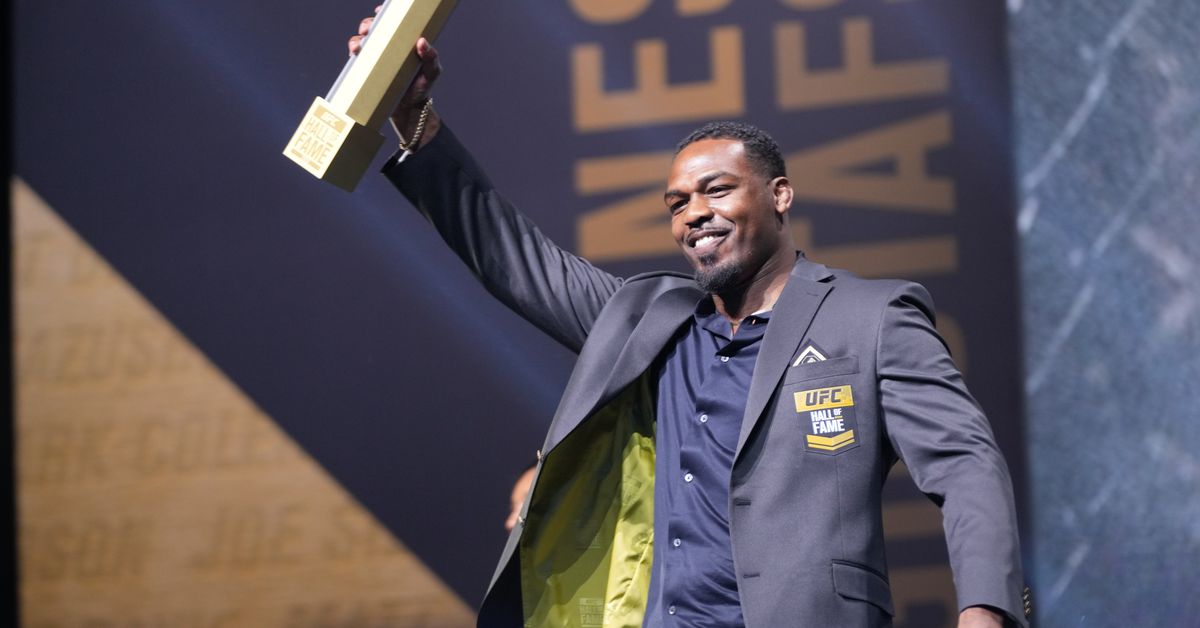 Jon Jones’ latest arrest came on September 24th in Las Vegas after a confrontation with his fiancé that prompted his kids to ask hotel security to call the police.

Police reports included grisly details of the incident, including blood on his fiancé and on the bed of their hotel room. That led to a misdemeanor battery domestic charge. Jones would go on to headbutt a police cruiser and threaten to fight the cops that arrested him, leading to a felony injuring a vehicle charge.

Whether either of those charges will be carried forward by Nevada prosecutors is up in the air.

According to MMA Fighting, prosecutors have asked for and received additional time to file a criminal complaint against Jones, with the next hearing set for January 31st, 2022. This is the second delay in moving forward the case, raising questions as to whether the prosecution feels it can put together charges that stick.

Since the incident, Jones posted a video with his fiancé implying they were reconciled after the incident. He also swore off alcohol, and recently said he was celebrating 60 days sober.

Up until this point, the UFC has refused to weigh in on the latest legal trouble for their former light heavyweight champion, saying they’d wait until the legal side of things was cleared up. But even if this situation is resolved at the end of January (keep in mind damaging a cop car is a felony, more serious than the misdemeanor charge of domestic battery), there’s still a big divide between Jones and the UFC regarding pay.